The official release date for Hideo Kojima’s highly anticipated Death Stranding has been announced! PlayStation’s official YouTube channel has released a new video detailing its November 2019 release. Several questions gamers have been asking since the title was announced at e3 in 2016 are semi answered in the video and we also get a deeper look into the world and pivotal characters of Death Stranding.

A brand new Dragon Ball action RPG is in the works and we couldn’t be more HYPED!

Determination, Despair, and Hope — Discover the story of the mysterious Dragon Balls in the all new DRAGON BALL GAME – PROJECT Z!

Join Goku and fellow warriors in the neverending search for the ultimate fight — COMING 2019!

Your favorite purple dragon makes his fiery return on September 21, 2018 with the Spyro Reignited Trilogy for PlayStation 4 and Xbox One. The trilogy will feature the original three games: Spyro the Dragon, Spyro 2: Ripto’s Rage! And Spyro: Year of the Dragon. Who else is hyped for Spyro’s comeback!?

EA continues to show off how much Star Wars Battlefront 2 will be the game we hoped Battlefront 1 would be. END_OF_DOCUMENT_TOKEN_TO_BE_REPLACED

The Skaven are officially confirmed as the fourth playable race in the second installment of the Total War: WARHAMMER series. “Bursting forth from their foetid under-hives, the Skaven have revealed themselves…”

Yo yo T-42 here! As a Star Wars fan I was hyped for the announcement of a new Battlefront game. END_OF_DOCUMENT_TOKEN_TO_BE_REPLACED

This week’s Trailer of the Week is the Mad Max gameplay trailer! Mad Max was first revealed at E3, and this gameplay trailer gives us a closer look at the game’s emphasis on vehicular combat. Mad Max will be available for PC, PS3, PS4, Xbox 360, and Xbox One on April 30, 2014.

Also, Earthbound is finally available on the Nintendo eShop- checkout the launch trailer!

Watch in awe as we finally get a look at gameplay in the new GTA. Welcome home. END_OF_DOCUMENT_TOKEN_TO_BE_REPLACED

The Play Legit Fam is ranking not only the Game of the Month, and Trailer,  other cool Happenings in the world of entertainment. Its one big Arcade cabinet. Who Earned the most points? See where everything landed. Check out the Monthly High Scores of April 2013. No tokens or point cards needed.

Game of The Month: Injustice Gods Among us 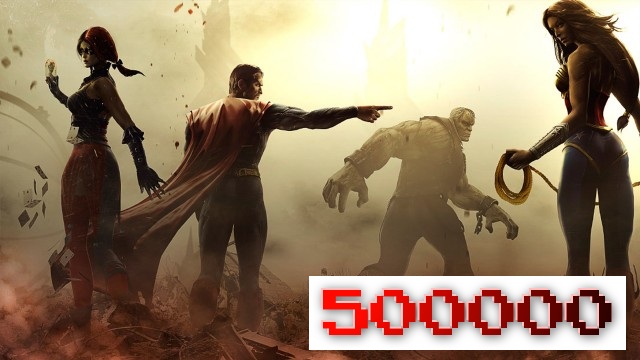 Injustice Gods Among us is your Game of the month. Mainly for one big reason: It’s content. The last fighting round game to be filled with so much to do, was ironically Mortal Kombat 9. Both titles were designed by Netherrealm. Plain and simple this company fully understands what is expected from gamers in this modern age. “Injustice is a hook up for comic book fans hardcore and casual. It does your favorite heroes justice, while implementing modes and gameplay that will keep players coming back. Lots to do here folks.” This is the high score winner.

The two-time Academy award-winning film( should have won more than that!)  ranks high with us. Brilliant performances from everybody, and a controversial script made this Tarantino film one of his best ever. It’s too bad DiCaprio and Jackson were snubbed, they really played their roles well. Awesome action scenes, and some genuinely hilarious parts helped add to this movie magic. Did you know there’s a little something after the credits? Its worth the wait. By this now, and support the originality. 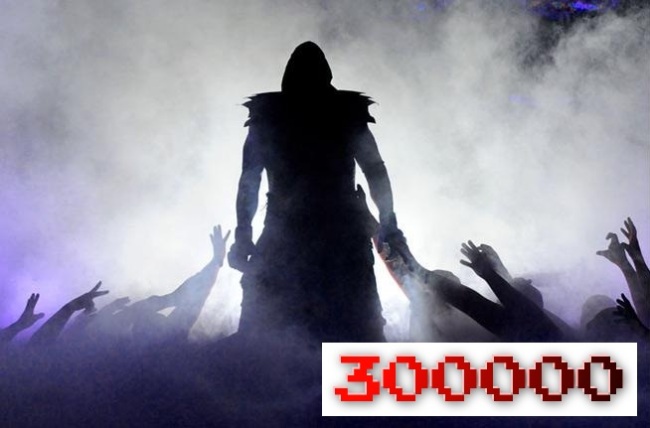 It was the grandaddy of them all. Wrestlemania 29. While the main event was a super predictable affair which saw Cena pinning The Rock, the under card with the deadman stole the show again. Plenty of near falls for both competitors, and dangerous spots that saw Cm Punk badly damage his leg on an announcer’s table that wouldn’t break. He has yet to return to the ring because of it. Both guys put it all on the line which was without a doubt the best match of the night. Undertaker’s entrance was a sight to behold. Fans could see zombie-like people reaching for him as he came to the ring. That’s just cool.

This heavy Case contains all 6 of the Phase one movies. See Earth’s Mightiest heroes solo outings, leading up to the Big blockbuster crossover “The Avengers”. Not only does the collection have some of the best superhero movies ever, you’ll get a sweet case containing plenty of easter eggs, and concept art which looks into Phase 2 of Marvel’s movie lineup. You can pick it all up for a hefty price of $149.99.

Steph-O Writes “This stand alone expansion is all about 80′s nostalgia, complete with neon colors, synth music, and VHS static lines!” Indeed, this game doesn’t take itself too serious, and is loaded with scifi cheesiness. available now on PS3 and Xbox 360 for $14.99, you can download this unique title, and Check out The trailer of the month Right now!

That’s right, it’s back. This time The Play Legit Fam is ranking not only the Game of the Month, and Trailer, but now other cool Happenings in the world of entertainment. Its one big Arcade Machine. Who Earned the most points?.  See where everything landed. Check out the Monthly High Scores of February 2013. No quarters needed. END_OF_DOCUMENT_TOKEN_TO_BE_REPLACED