So the Ohio Game Developer Expo 2014 was an absolute blast. Here are some awesome pictures from the event. 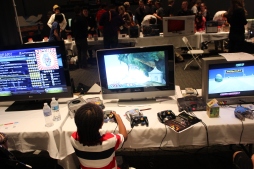 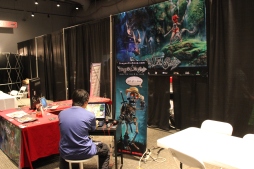 We covered Hatch-It a few months ago. This was one of the many quality indie games on display. 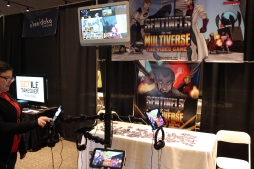 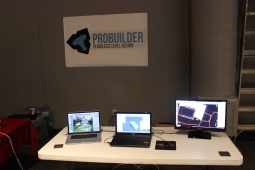 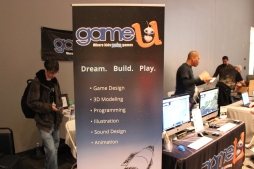 At Game U kids can learn at an early age to design games. 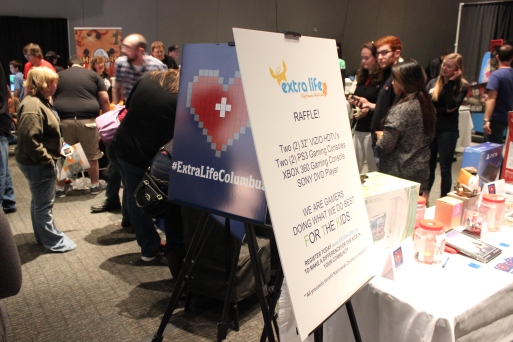 Extra Life was one of OGDE’s biggest supporters. 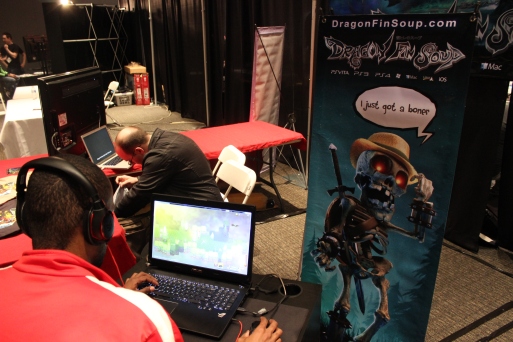 Ultra Street Fighter IV (Arcade Cabinets and all!), Smash Bros, Mario Kart 8, and many other games were available to play.

The amount above was raised for Extra Life Columbus. Some of the items raffled off were: Destiny PS4 Bundle, COD/TItanfall XO controllers, and Signed copies of The Last of Us by Naughty Dog Staff.

We were placed right between the entrance, and exit. Awesome Gamers grabbed our flyers and wristbands. The Play Legit Zone featured a Playstation 3 that people could play while hanging-out with us. Games on tap were: Virtua Fighter 5, Bloody Roar 2 (The Kids loved this one), SoulEdge, Star Wars: Masters of Teräs Käsi (for the sake of comedy), King of Fighters 96, One Piece: Pirate Warriors 2, and DiveKick. Montage stuff played on the other screen. This Included A big Photo Gallery (Featuring every single person from the site) Mario Kart 8 Highlights, and a pure video montage featuring review clips from Trucker Ninja, T42 and I. Some Just Dance 2015 footage Mo Chocolate recorded at Comic-Con, and HecG breaking down The Forza Horizon 2 demo.

Folks scanned our homepage QR Codes too. J. Valdez would hold it down on day two with his picture-taking abilities. There were a lot of unique titles that came out of this year’s expo. We will be discussing our highlight picks very soon. As Valdez pointed out, there is a lot of local talent emerging from this state, and the surrounding ones as well. Gaming is a global affair. It’s only getting bigger from here.

Indie games have helped the industry in a big way. The market has never been bigger for them. They are coming from all around the world. In the Great State where Play Legit is based (Ohio), One of the local studios (Multivarious Games) is working on a new title called “Hatch-It!”. END_OF_DOCUMENT_TOKEN_TO_BE_REPLACED