The way I see it, the next biggest thing for big blockbusters on the silver screen are more live action anime/manga & video game adaptations. There’s been plenty of each in the past, but generally, in terms of productions coming out of Hollywood at least, I think most of us can agree that most of those entries have been a bit off if not downright horrible, embarrassing, disrespectful, and a dripping, slimy loogie haucked in the face of everything sane and good in life (*cough*Dragonball Evolution*cough, cough*). These poor adaptations have soured general audiences on content that comes out of those genres, so I could see how you could be reading this and think I’m crazy for saying anime and manga will someday produce some great cinematic experiences, but at one point in time, Hollywood executives said the same exact thing and had the same exact doubts about another medium of entertainment with a built-in fanbase and outrageous concepts, and right now adaptations of that medium are the dominant force in movie-making, impacting box office and pop culture in a way that those doubters who said Spider-Man couldn’t translate to live-action could never dream of in the 70s.

So clearly, there were comic adaptations, some good, some bad, but at one point they finally hit their stride and took another level of quality, but that whole process took literally decades starting with Christopher Reeves’ Superman and the genre slowly climbing the ladder from there. How does this relate to Battle Angel Alita (directed by Robert Rodriguez, written by James Cameron & Laeta Kalogridis)? I think Alita is one of the steps in a staircase that will lead anime and manga movies towards being a major force in the industry when/if culture moves on from Western comic book heroes. So it’s a step towards greatness, and there’s some great ideas here they’re attempting, and some land, and some don’t.

First things first, I haven’t read the manga, and while I’m aware of the anime and know the property has a large fanbase in the anime community, I saw this from a generally uninitiated point of view. My big takeaway from it? See Alita for the visuals. The world, the character and robot/creature designs, the color palette, and of course the effects on Alita herself are all top-notch. James sprinkled some of the Navi-salt on everything that was created through CGI in Alita, because it’s all stunning to look at. There was a lot of talk in the lead up to Alita about how her eyes looked, and how some people were disturbed by her look, and they actually went back and re-touched a lot of her appearance, and it never bothered me throughout the movie. I thought it was clever that all of the characters with anime-style facial features were androids or cyborgs, mixed in with average humans.

Alita’s story is all over the place. They condensed multiple chapters of story into a single feature that feels like they expect at least one other movie, if not multiple movies, to fill in for the gaps left here. There’s nothing wrong with shooting for a franchise if the first entry is successful enough, but you should always bank on each entry having enough content to satisfy on its own, and leave an opening for more if possible. Potential-spoilers ahead, but Alita ends on a very loose note without resolving a lot of the conflicts set up in the movie. There’s a difference between a cliffhanger ending and an ending where you’re left wondering what just happened.

The dialogue and exchanges in the movie are decent to downright horrible, and it largely wastes great actors like Mahershala Ali and Christoph Waltz with very standard, cookie-cutter characters that feel like they could be interesting if they were fleshed out more and given more to do and say. Alita was definitely designed with effects and visuals first, with everything else playing second fiddle.

If you’re a fan of anime and manga, or cutting edge effects, I think Alita is worth your attention, but at a discount, or free if possible.  I might be proven wrong, but I’m skeptical that Alita performed well enough or captured audience’s attention enough to have another installment, but I do think it made a big enough splash to show the potential that anime and manga has as a whole genre to generate great stories.

Now where’s that Gundam movie at? 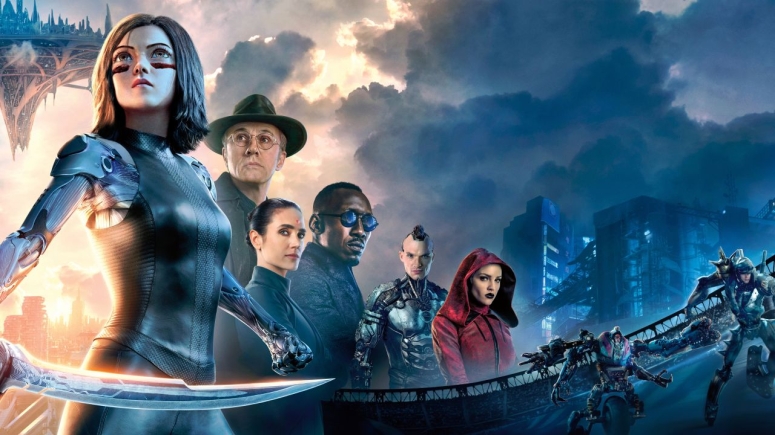