Return to a beloved franchise.  Capcom hasn’t updated this one in a long time.  A re-release is here to help that problem.  Welcome back Onimusha Warlords, one of the early Playstation 2 hits.  This will take gamers on a familiar ride.  Set in Feudal Japan, loaded with hideous creatures and puzzles throughout.  The story remains the same.  Nobunaga Oda has been resurrected by Evil Demons.  It’s up to Samanosuke Akechi, A Brave Samurai to put a stop to their plans.  Go through Castles and caves taking on various threats.

A Resident Evil/Dino Crisis vibe is what’s available here.  This was the Samurai answer to those franchises.  The resolution has been upgraded, but no graphical overhaul.  Action Adventure games in modern time usually avoid pre-rendered landscapes/fixed camera angles.  This felt like a fun departure, jumping back into this aging presentation style.  While there’s no major changes in visuals,  a welcomed enhancement comes within Onimusha’s control options.

Players can use the left analog stick for full control over the character.  The other choice is on the D-Pad for (admittedly outdated) tank-style movements.  Hacking and Slashing remains the core strength of Onimusha, and finding better Armor and weapons is satisfying.  Samanosuke’s magic attacks are very powerful.  Using them to clear out a hallway, wiping an area clean of enemies is still a wonderful sight.  Evasion moves help.  Dodging, and Blocking.  You’re truly given the tools to avoid taking damage.  Another method (but all the more satisfying) is landing a perfectly timed strike.  Doing so can potentially kill a demon in a single hit.

Holding down The ‘Absorb Souls’ button, players can use their gauntlet to take the life-force of enemies.  Harvest acquired souls and power up resources.  Increase weapon damage, magical effects, and more.  The trick is to get all the souls during a big battle.  Since this method leaves you completely open for attacks, grabbing all experience points can be easier said than done.  Often enemies will drop life and magic to recharge weapon specials, along with souls.  The temptation is there to go for all of it.  Doing this on harder difficulties is a true gamble.

OW has a nice variety of gameplay to keep players entertained,  while it lasts.  I enjoyed my time here, but this is not my favorite entry in the series.  Issues I had from 2001 remain the same.  It’s too short.  Such a long time without anything Onimusha related, this would have been a great opportunity to return in full-swing.  It’s unfortunate The Genma content from The Xbox Original was skipped.  That version featured more areas to explore and costumes.  It was also a tougher game all-around with mechanics that added to the experience in a big way.  Extending the length from that perspective.  Why was it left behind?

Onimusha Warlords HD is comfortably priced at $20, and still fun to play through a few times.  Hopefully Capcom releases the sequels (personally looking forward to Demon Siege).  Blade Warriors also, we didn’t forget about you.  Without a doubt it’s Great to see Onimusha back, but this franchise deserves more in 2019. 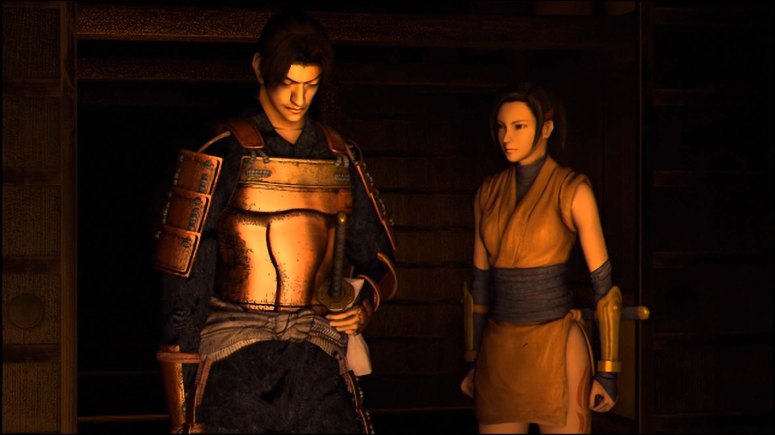