Red Dead Redemption is considered to be one of The Best Games Ever.  This can be attributed to Lead Protagonist John Marston.  Players were pulled in by his unique grit and unforgettable storyline.  With just enough GTA mayhem mixed in, and Wild West spice, RDR was a winning effort.  Considering the previous outing remains strong to this day, that leaves Big Boots to fill.  RDR 2 is a prequel story, revolving around Arthur Morgan, a man who is 100 percent devoted to his Gang. His loyalty will get him into dangerous situations but some thrilling missions.

Arthur is a Cowboy who seems to balance his morality issues on a regular basis.  This is certainly a well-developed character.  He has many years of experience and approaches situations differently than most.  This helps make his arch more engaging.  Players will not be controlling a lifeless gangster.  Arthur has depth.

Engage in shootouts, loot, and maintain relations good or bad with locals.  What kind of reputation do you plan on leaving? You can greet almost everyone, or insult and rob them.  It’s really up to the player.  Terrorize General Stores, Trains, or Banks.

Working for Dutch’s Gang, Arthur finds himself doing deeds he may not necessarily agree with.  However, his loyalty to the men and women apart is that strong.  The supporting cast all have something to contribute.  Performances across the board shine.  While RDR 2 is certainly long, the story pacing is perfect.  I never felt like it dragged on.  In-fact, it adds importance to the action.  Thought is placed behind confrontations, removing the feeling of mindless shooting from the equation.

Of course there’s no horseback radio to listen to whatever you want, but that also makes the soundtrack more impressive.  Music that plays during RDR2 is timely, matching up with the mission currently going on.  This adds just another layer of immersion that the action, graphics, and gameplay have already established. 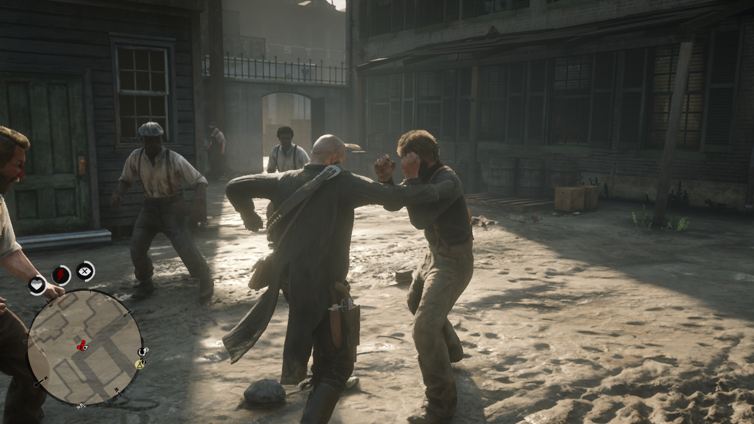 Like the previous, maybe even more so here; RDR2 moves at a slower pace than the Grand Theft Auto crowd may be used to.  Most objectives include lengthy travel sessions on Horseback, setting up the next phase of a mission.  In many titles this would definitely be a snooze.  However, since the script and voice acting is so good, you’re pulled right into the experience.  Important pieces of dialogue are regularly thrown-in during these trips.

The game gets really good camera angles on the action, you’ll be rewarded in-style when a devastating shot lands.  It all looks so painful.  One thing that impressed me was the improvement in hand-to-hand combat.  Something that has been a long time crutch in Rockstar titles.  Your able to block, parry and throw varied punches in fights that are vicious.  Characters take punishing hits and will immediately show it.  Bruising, blood, it all translates to a more realistic experience.

Players will get comfortable in a reasonable time rotating through the inventory wheel, juggling the many items made available.   I’ve only experienced one interesting control issue.  When hitting the button to initiate cover,  occasionally the game sends my character to the wrong area.  Not an awesome thing when going through an important mission or surviving a shootout with Lawmen. 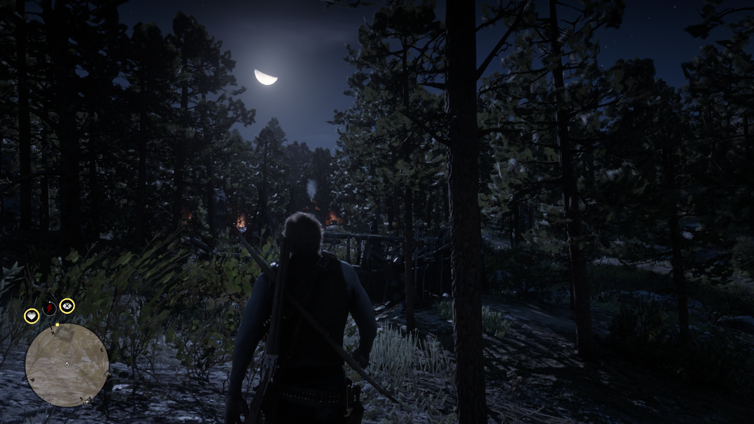 Graphics deliver in a big way.  Realistic character movements from Humans and Wildlife alike.  The wear and tear is shown in fine detail in NPC’s and Buildings.  Attending a Banquet in a Classy Mansion.  Rummaging through an Abandoned Shack for supplies. The same amount of attention to detail is present.  Players will notice Awesome lighting and superb weather effects.  RDR2 has strong consistency in its visuals.  Your eyes will be in for a treat.  Each Town has a distinct look.  Lower to upper class.  NPC’s will go through daily routines.  People working on homes, drunks stumbling out of the saloon, butchers chopping meat.  Ranchers taking care of Cattle.  This is one unique game world that will continue to impress the more you discover.

One advantage RDR 2 carries over many Rockstar offerings is the smoothness in its variety.  Missions will regularly introduce new mechanics that never hinder the overall experience.  Side quests are just as exciting as the main.  This is where many players completion times will vary.  It’s easy to get distracted not only by secondary challenges, but off-the-grid encounters, where someone may need a hand.  Giving medicine to the sick, freeing a man from a bear trap.  Collecting Bounties and getting paid.  There’s simply so much one can get into, that many will spend at least 80 hours before it’s over. 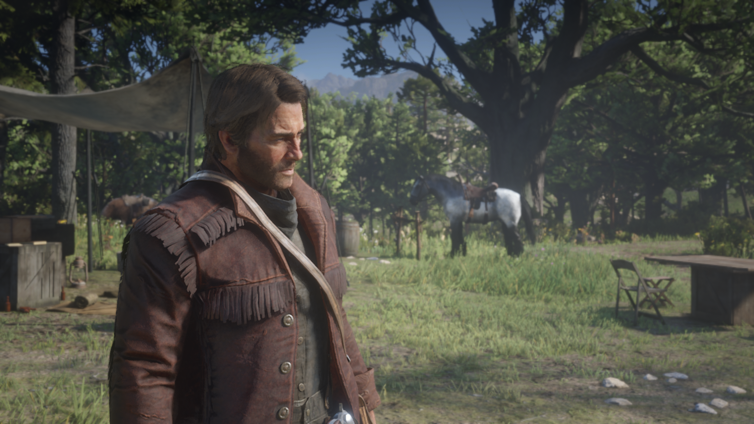 Constantly riding your Horse building the bond is going to benefit players.  I named mine “Bud”.  I would constantly pet, feed, and take Bud on missions.  Later he would get stronger, and become a more reliable steed.  Treat them right because if they die, it’s a permadeath scenario.

Guns can be customized.  Upgraded with better grips, sights, and design options for optional badassery.  Hunting Legendary Animals, turning-in skins can lead to additional outfits not possible without putting in the effort.  Many wardrobe options allow players to look like a fool, or a force to be reckoned with.

More Gameplay freedom includes fishing, and of course gambling.  Play Poker with like-minded outlaws.  Dominoes, and Five Finger Fillet challenges all make a return to the series.  Arthur can take the resources from hunting, to eat, outfit, or donate to his gang.  Hunting is mainly optional, but its a side job that will reward gamers who invest.  Fishermen can invest in better rods and bait, taking advantage of quality catches.  Purely optional. Red Dead Redemption 2 is A stellar open world experience filled with varied gameplay.  A story (while lengthy), doesn’t overstay its welcome.  Rockstar has brought us one of the most cohesive plots in gaming’s entire history.  It is on that level.  The bar has been raised.  Was Red Dead Redemption 2 worth the wait? Every bit of it.

-Traveling to Mission Destinations may frustrate some 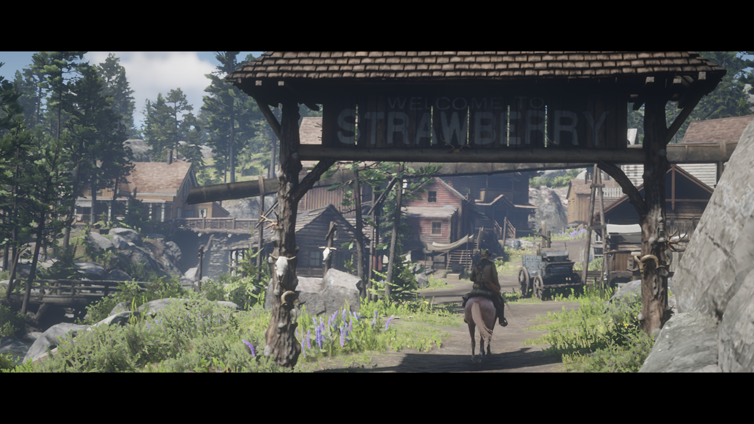