Super Smash Bros Ultimate launched for the Nintendo Switch just a few days ago, but Nintendo wasted no time building up the hype for the game’s DLC. At the Video Game Awards, just before Smash Ultimate’s launch, it was revealed that Persona 5’s Joker would be joining the already massive star-studded Smash roster.

With this monumental reveal many fans believe that we’re going to see some truly iconic fighters coming to the game with the four remaining DLC slots. Let’s speculate wildly and breakdown a few picks that would elevate Smash Ultimate further in video game history! We’ll try to avoid any of the obvious or heavily requested picks, like Geno from Super Mario RPG or Banjo/Kazooie (who were supposedly “leaked” before Pirahna Plant’s surprising announcement).

Now this is probably the lowest-hanging fruit on our list, but he would be such a great addition to Smash’s roster.

Kingdom Hearts is no stranger to Nintendo consoles, with entries like Chain of Memories and Dream Drop Distance on the Game Boy Advance and 3DS respectively. With Kingdom Hearts 3 dropping early next year Sora will once again be gracing home consoles, and bringing him into Smash might also be a great way to announce any upcoming projects for the Switch.

Sora could be a fighter similar to Cloud, wielding his signature keyblade and magical abilities. Kingdom Hearts 3 will feature plenty of special moves and transformations that would be perfect for Final Smashes. However, most of them feature prominent Disney characters or attractions and licensing might prove difficult. Even without Disney’s involvement, Sora has his Drive Forms which would work for a Final Smash.

Kingdom Hearts mostly features settings owned by Disney, but Sora’s stage could be one of the series’ hub worlds, such as Traverse Town or Hallow Bastion. Swarms of Heartless or Nobodies could invade a stage hazard.

Another popular pick, but for good reason. Crash Bandicoot has been a staple of the gaming industry for twenty years and this year he finally made the jump to Microsoft and Nintendo consoles with the N. Sane trilogy. Perhaps it’s time to truly bury the hatchet of the late-nineties console wars by bring Crash into the Smash Bros. fold.

Crash would be a pretty unique fighter, focusing on closer ranged attacks with a few special moves featuring spins, crates and collectibles from his game. His final smash could summon Aku-Aku for an invincibility-charged beat down.

Crash’s stage could be N. Sanity Beach, featuring all the expected hazards and features. Perhaps even Cortex could make an appearance as one of said hazards?

Monster Hunter launched on modern-gen consoles and rocketed into the mainstream gaming community this year with Monster Hunter: World. But before gamers were cutting tails off Rathian’s and getting carted by Nergigante, fans of the series were hunting on Nintendo consoles for years. Not only that, but the series already has representation in Smash Ultimate with the Rathalos boss fight!

Monster Hunter has actually already made its fighting game debut with Marvel Vs. Capcom: Infinite last year, so the character is no stranger to fighting game movesets. They could have male and female versions, similar to several other Smash fighters, and fight with a diverse arsenal of weapons similar to Link. Monster Hunter has plenty of options for their Final Smash, ranging from weapon assaults, to trap/bomb combos, to summoning one of the series’ massive flying wyverns to attack the battlefield.

Monster Hunter’s stage is challenging to pick, as the series’ setting is extremely varied. A morphing stage would be amazing, taking fighters to several destinations across the Monster Hunter world, each area featuring native wyverns and creatures as backdrops and stage hazards. 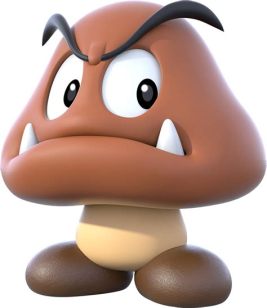 Not really, but could you imagine the fan reaction videos this announcement would cause?

Now here’s a pick I haven’t seen much on the many speculation threads and polls across the internet.

With Psychonauts 2 finally launching in 2019, it might be time for Razputin to make his Nintendo debut with Smash Ultimate. Now, he’s not a console mascot or a legendary gaming character, but the original Psychonauts was a masterpiece and many fans have been waiting for more than a decade for his return. Double Fine, Psychonauts developing company, has even said they’d love to see Psychonauts on the Nintendo Switch. Just like Kingdom Hearts and possibly Persona 5, Razputin’s inclusion in Smash could serve as a gateway to introduce fans to his character before his game launches on the Nintendo console.

We’ve already got a couple psychically-gifted children in the roster with Ness and Lucas, but we have half a dozen Fire Emblem sword-wielders, so the more the merrier! His kit would be similar to Ness and Lucas, with a focus on special attacks and a lighter weight. His levitation ball would make for a great recovery move. Razputin could even summon the titular Psychonauts in his Final Smash, similar to Megaman’s all-star Smash move.

The Psychonauts world is filled with style and humor, and Razputin’s map has to reflect that. Whispering Rock Psychic Summer Camp, the infuriating Meat Circus, or the hilarious Milkman Conspiracy levels would all be fantastic additions as Smash maps.

Echo fighters made their official debut with Smash Ultimate, hopefully paving the way for some minor DLC characters we’ll see in the future. Being Echo Fighters, these additions wouldn’t need their own stages or completely different movesets, so adding them to the game would hopefully be a simple matter.

One of the most requested Smash fighters out there.  He’d echo Sonic’s moveset and Final Smash.

Olimar already has an alternate costume for Alph from Pikmin 3, why can’t we have our favorite gluttonous explorer join the fight as well?

Another fan favorite. She could echo Diddy Kong with a recovery move similar to Donkey Kong.

Rex has been a requested fighter since Xenoblade Chronicles 2 was released for the Switch last year. He could echo Shulk with a few tweaks to thematics and Final Smash.

Ever since Pikachu took on the mantle of Pokemon mascot Nintendo has tried to recapture his Thunderbolt in a bottle. Nearly every generation has features an electric rodent of some kind, and each would work pretty well as an Echo of Pikachu.

Plusle and Minun would echo Pikachu with an Ice Climbers gimmick. The player would control one of the Pokemon, with the other following an attacking in tandem. Both can take damage and both can be KO’d appropriately.

Dedenne could echo Pichu, being smaller and lighter than Pikachu. Perhaps it wouldn’t harm itself with its special attacks, but trade-off power in exchange.

Pachirisu would echo Pikachu, but with a longer reach and a greater focus on physical attacks rather than special.

Lastly, Emolga would echo Pichu or Pikachu, but with greater recovery utilizing its flying abilities.