Skip to content
Real Talk By: Cmack The Don
The Top Choices from my favorite Fighting Game Franchises.  Let’s Jump Right into This One.  Time to throw-down!

I picked this one because I felt they took the biggest risks with the franchise at this point. They changed the art and music direction, as well as introduced new characters and totally different gameplay mechanics.  The look and music of the game puts the “street” in Street Fighter much more than any other entry in the series, and to me, it was the last time Capcom showed a desire to move the Street Fighter story and franchise into the future.  As far as I know, in terms of the story, 4&5 both take place after 3, so it’s technically the last game in the series.  I like all the SF games, but I think 3 stands out the most.

This was my first Tekken, and when you play the other 2, it doesn’t quite feel like they had it nailed down yet.  T3 really had the formula intact and made the animations and controls smoother, the combos tighter, and the music was more developed.  The roster and costume designs were great, and the opening cinematic was so bad ass at the time. All of the cinematics and endings actually were really well done, and held up really well for years after.  Part 3 also advanced the story and aged a lot of the cast, and brought in students or family members of past characters to switch things up and keep it fresh (something I wish they would’ve stuck with).  Tekken 3 also had a ton of game modes and lots that you can unlock, it keeps you busy and has lots of options.

Picking an MK was hard because of the amount of content (although 4 wasn’t towards the top of my list, despite liking it at the time), but I went with UMK3 because I remember playing it a lot at the arcade in the pool near my house.  You had one of the biggest rosters in the whole series, classic and new characters, a great combo system that included all the improvements in the last few games, and tons of fatalities and finisher variations.  There’s been other great MK games after, but the digitized graphics are really what say Mortal Kombat to me, and this was the last great digitized MK game.

I got hooked on SC with this one, and you had the dungeon crawling mode where you gained new weapons and attributes by fighting in special matches as you went through the map.  They came up with a lot of unique conditions for those, and you had a lot of really cool and sometimes funny options with the weapons available that you could unlock.  The graphics and characters were all impressive at the time, and all of the animations were smooth.

Playing this one back in the day for me was mind-blowing, because they really nailed down and developed the mechanic of being able to shift up and down the screen with “3D” style movement, something that other fighters didn’t feature at the time.  I like Krauser as a boss, and thought SNK really hit their stride with this one.

The King of Fighters XIII 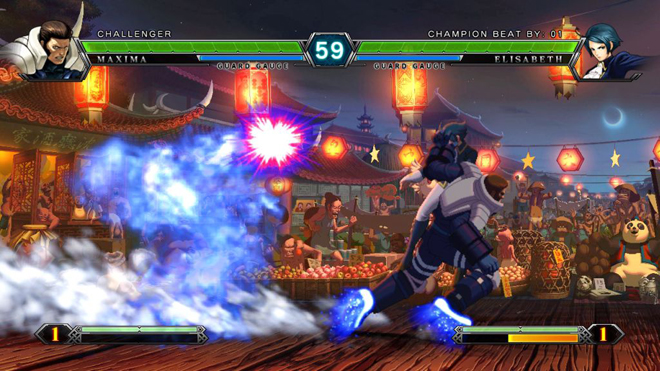 This more recent jam in the KOF series really blew me away with its presentation, art, and the effort put into making it.  KOF was desperately in need of this facelift, as the series had been using animations and sprites leftover from previous games for almost more than a decade.  The other entries built the brand, but this one made me pay attention to it again.

VF gets more and more polished with each and every game, and they have the bar none most realistic martial arts of all fighting games, and one of the deepest fighting systems.  VF5 has extremely smooth animations, they revamped all of the old characters and added even more authenticity to their movements, something many franchises wouldn’t have done.  They also added a few newcomers, and while they didn’t add many, they have a quality over quantity philosophy in the VF world.  The stages and graphics are outstanding also.

Samurai Showdown 5 switched up the presentation and roster, and added a ton of unique and off the wall fighters to their cast, and probably had more international fighters than any of the other previous entries.  The sprites are big, colorful, and super-detailed, and they made some big overhauls to the fighting system.  I thought the next step they went making it 3D was kind of lacking in comparison, so to me, this was one of the last great Samurai Showdown games.

I know the fan favorite would be MvC (or one of the sequels to it), and yes, they’re great games, but X-Men vs. Street Fighter is a top-notch example of a crossover game, setting the tone for the rest of the versus series that came after it.  It has creative and lush backgrounds from both franchises that feature cameos from the rosters of both games, and I personally feel that the fighting system is closer to traditional Street Fighter mechanics than MvC and later entries, and a little less combo-happy and more skills based.  It’s still a tough pick between this and MvC 1&2 for me, but I think what puts it over is the quality over quantity focus that went into crafting it, with crazy mini-bosses like Cyber Akuma, and the endings that addressed the crossover and showed how certain characters interacted.  I think simple things like the flashy character-portrait bars that extend over the screen when you’re about to do a super-combo are a little more dynamic than how it was presented later on, and the music was pretty fun in this one as well. 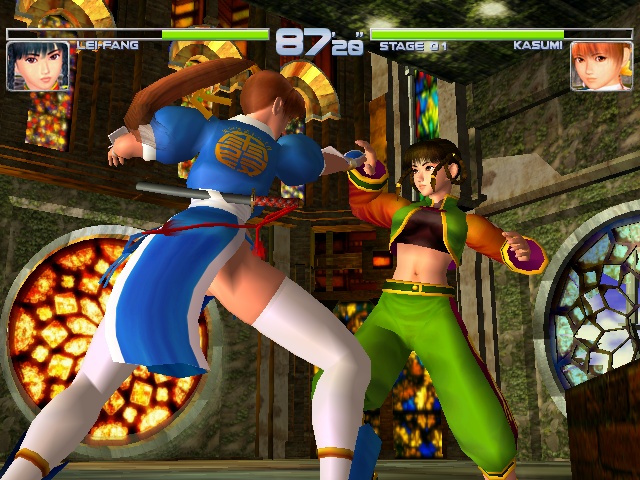 This was my first DOA, and after having gone back and played the first on PlayStation in a bundle pack later on, I’m glad it was.  The first DOA was more or less a Tekken rip-off with enhanced juggle physics (and I don’t mean combos), and something about it just didn’t flow well and didn’t have enough polish.  Fast forward a few years, and while I still don’t think DOA as a whole is as deep of a fighter as VF or SF, it still has an anime-inspired charm about it, and is pick-up-and playable and has great replay value, as well as the “Hold”-Counter system, which was improved upon a lot in this edition.  This also added tag-battle to the series, and had better physics and costumes.  Better everything more or less.  They used a lot of the mechanics and animations again for other versions, so this is the definitive one that started it all for this series I feel.  Also, since I’ve mentioned music a lot in this piece, I think DOA2 has some really great music, probably the best of the franchise.  The walls and various levels to the stages really help its appeal also.

Do you agree? Let us know in the comments below.