I was a bit intrigued when looking into this game.  The developers (Suncrash) were a group I hadn’t heard from before, but the game concept was pretty enthralling.  Judgment: ASS… Erm, we’ll just call it Judgment, is a post apocalyptic settlement manager, with the twists this time being that base management is streamlined, you have away teams that function essentially like X-Com, and instead of the classic zombie, you get to deal with Hellspawn, which even includes researching into magics and rituals.  It certainly sounds all sorts of promising doesn’t it?  It is, however, a bit of a mixed bag.

There is in fact a story to this game.  It’s pretty basic, and essentially acts to progressively teach you game mechanics and go along with the tutorial, but it certainly does its job well.  Plus, there is an option to play without it so if you’d rather just try to survive (like me) you can opt out of the story and just play the game.  What a game it is!

We will get to game-play momentarily, but first we gotta talk about the presentation.  The Graphics are at the very least serviceable.  The game unfortunately looks like its a bit cheap due to how thoroughly they applied cell shading.  That, mixed with the top down perspective, makes this almost look like a very high-end flash game.  The style is even conflicted as the 3D models of the people are over the otherwise flat world.  You don’t really notice that unless you zoom in quite intensely, but it feels they could have just had all drawn assets. 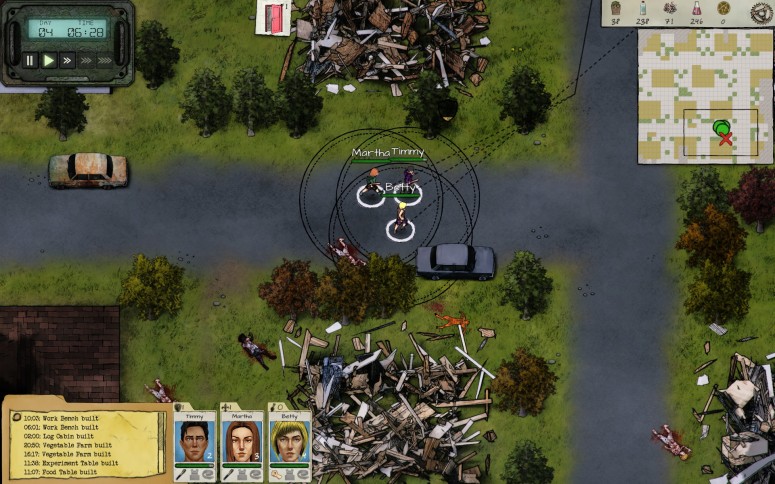 The mis-matching continues as some of the aesthetics for the UI don’t really fit the theme too well, primarily that after action reports being treated as if it was a spy mission.  It all looks nice, but a lot of things don’t necessarily fit, and with the sound track being good, but with only so few songs I unfortunately quickly find myself turning the music off and listening to other things.  The final problem with the UI is it is Paradox Interactive levels of menus.  However, the menus are useful, and the gameplay only gets more and more amazing from there.

The Gameplay is the main draw to Judgement, and so impressive is it that I can easily overlook all the shortcomings from how the game looks, sounds, and everything else.  On the settlement management side, your people have priorities that effect what sort of task they will do above others.  You can change these of course, but this just means you only have to make the task and eventually they will take care of it.  This makes developing and expanding your settlement an especially easy task, and progression comes easily.  This is good as the game’s difficulty is actually rather daunting, and something that is especially terrifying on the higher difficulty settings. 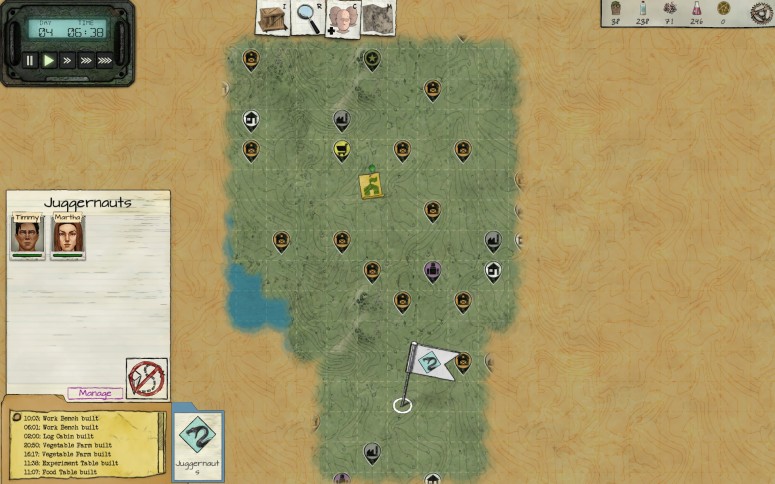 Furthermore, there is a massive world to explore outside of your base tile.  You can set up teams of survivors as Task Forces and send them out to rescue other survivors, attack demon hordes, loot, scavenge, and all sorts of other missions that then take place like a real-time variant of X-com.  It’s a bit simply and a little clunky.  But it works, it’s efficient, and since you can pause to give orders, you can actually really think of how best to use the cover system and how best to take down the demon hordes.

Throw in some RPG elements, a good difficulty, and the ability to name your survivors, then this is nothing but a recommendation for the price, which is base at $20.  Extremely reasonable, and despite the visuals, worth every penny.

+The Settlement Management is astoundingly well done in this.

+The Combat System is actually engrossing, and well thought out

+The Scale of the game is well thought out.

+Gives a very good challenge at the later difficulties.

-The Visuals are a bit cheap looking.

-There are a couple of spelling errors throughout the text, which can lead to some confusion