Also a demo for Project Octopath Traveler is out today.  Check out the newest JRPG from Square Enix carrying an “HD-2D” visual presentation.  I played a bit of it, and was impressed immediatly by the art style.  Voice acting wasn’t too shabby either.  There’s save states in the preview also.  We would love to get your thoughts on this early build.

Hamster is no stranger to porting classics.  A Compilation of Super Mario Bros., Vs. Balloon Fighter, Vs. Ice Climber, and others are coming in one pack. Arcade Archives: Mario Bros. Drops Sept 27th, 2017.

Fire Emblem Warriors is happening October 20th, 2017.  Get ready for a Dynasty Warriors experience with elements of FE throughout.

Minecraft is here for Nintendo 3DS.  In-fact, it’s out now!

On 3DS it’s a celebration!  Over 20 years of history.  Nintendo is taking the Top 100 mini-games from Mario Party and putting it on one game.  Local multiplayer confirmed.

The Elder Scrolls V: Skyrim is releasing November 17th 2017.  Don’t forget about the Amiibo support. Get the link gear.

The Previously announced Kirby game at E3 now has a title. Kirby: Star Allies drops Spring 2018.  King Dedede Has been hitting the weight room too.  What is going on in dreamland?

DOOM is releasing this holiday season to switch.  The physical release comes with campaign, while multiplayer is a day-one download.

Wolfenstein II: The New Colossus is expected sometime in 2018 to Switch.

Zombie Zac pointed out something important to me.   Take a note that the “ID Tech Engine 5” which runs both of Bethesda’s shooters is running successfully on Switch.  Big hopes for the future of this console indeed.

Speaking of another port looking solid on Switch, i recommend seeing NBA 2K18 in action.  It’s rather impressive, and puts FIFA 18’s visuals to shame.

MOBA title Arena of Valor (Switch) kicks off its hero brawl with a beta beginning in the winter.

The Japanese Direct revealed Phantasy Star Online 2: Cloud is coming in 2018 (Switch) fueled entirely by microtransactions.  It’s been a long time coming for this series, are you happy with this business model?

Xenoblade Chronicles 2 is set for December 1st, 2017 just in time for the holidays. Along with a packed special edition featuring an artbook, CD and nifty game case, there’s more. An awesome pro controller with Red handles is dropping around that time. It looks awesome.  Here take a look: 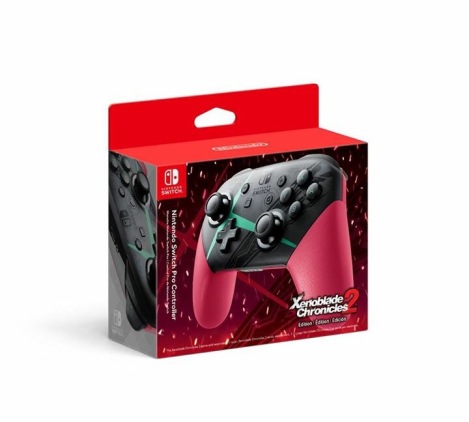 More Mario Odyseey footage revealed some minigames, leaderboard support, and other Worlds that were never shown before.

I personally enjoyed this presentation more than the E3 outing.  A lot more software of interest to me. The fact LA Noire is coming to the system is a big time deal.  Remember Rockstar Games completely skipped The Wii U era.  Things are looking up for gamers of all ages.

For the full list of announcements here is the complete Direct Video: