Ah Norse Mythology.  Great stories about battles with Ice Giants and Wolves. It inspired the Thor series afterall.  I’m not a mythologist, so I don’t know much about it other than the Nordic tribes who believed in these stories.  They were probably all bad asses that pillaged other villages, then went home singing of their many victories.  But you know what would make that even better? A schizophrenic character, trying to fight the gods while being slowly engulfed by a disease called “Dark Rot” every time she dies.  Sounds a little confusing, right? But that is exactly what Ninja Theory did with Hellblade: Senua’s Sacrifice.

When I first started working on this review a while back all I could do is bash the game because it really does start slow and the pacing doesn’t really pick up.  But I have found a few qualities that make it an alright game.

While the game is slow that actually gives the game time to develop a story, which is good since the voices in your head would make that hard to follow if it was to fast paced. The gist of the story is your character is trying to redeem the soul of the one she loves.  She has to go through Norse Hell to do it.  This takes you through some interesting but not too difficult boss battles.

Game play wise you may find it difficult to get through the game if you need constant action to keep you going.  The pacing drags partially because that is how they keep the story in focus.  Even at a jog the movement of Senua is very slow. The fighting mechanic is a little lazy, it’s super easy to dodge and over power enemies especially with your time slowing powers ( how slow can we go).  Also as previously mentioned, the boss battles are kind of like fighting slightly harder enemies.  They just rely on the time ability to remove some of their defenses.

While the pacing is slow though the game looks beautiful, aside from a few clipping issues that can be overly apparent from time to time.  If anything is going to sell this game it will be how damn good it looks, and the odd story aspect that brings schizophrenia to light.

On one last note I have to mention the price of this game is only $30.  I am not sure if they made that price low due to how short the game is, or they were trying to get more sales but it may very-well help pull people off the fence to purchase it.  While it isn’t a great game it is not the terrible game I thought it was when I first started playing it. Definitely an interesting concept that may or may not be helping schizophrenic people to be understood.

– Lack of difficulty for those that would want it. 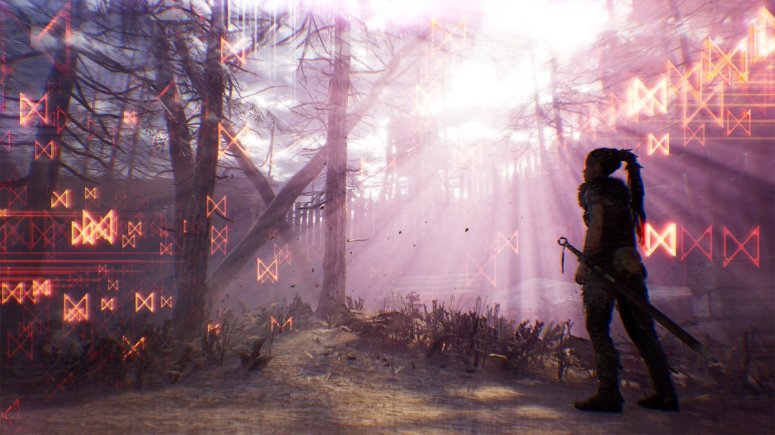