Gamers have been forced to put up with many horrible film adaptations of video games, many so bad I won’t even mention them here so that readers won’t be reminded of the trauma. But tie-in video games, with only some small exceptions, can often be some of the worst scourge of the gaming world as well, with half-finished concept games rebranded to have a popular theme or characters in it, or rushed development to match the release of the movie or show it’s promoting.

That said, there are some games that if adapted properly would make great movies or shows, and some movies that could make top-notch games, and I personally can’t think of any current franchise right now that has more game potential than the fast-paced and precise John Wick series, with 2 movies, a prequel comic book, and a third installment getting started soon.

I will note that there is a VR game, “John Wick Chronicles” available now, which has seen mixed reviews on a platform and gaming style that’s still getting its legs, and it leaves me wondering where a slick, polished, 3rd person John Wick shooter is.  Everything about the John Wick movie franchise easily lends itself to a video game.

John Wick’s set up has everything you need for a great video game. The story covers his motivations, his skills, his reputation, and has the potential to feature plenty of other assassins and gangsters for John to encounter. With all of the work they’ve put into building that in the 2 movies and other content, a game could possibly expand on the story in ways that might be difficult or impossible to do in live action.
The game could cover his past leading up to the events of the 2 movies, and also include plenty of side missions, almost acting like deleted scenes from the movies, since a game doesn’t have the time constraints of a movie.

If I were a gambling man, I would bet that John Wick’s audience has plenty of gamers in it, and people who are fans of John Wick already know what the character can do, and respect his skills, so that part of the hard work of building up a video game protagonist would already be done for the developers. Other video game adaptations might feature actors who are past the age they were when they played a certain role, or no longer with us, but neither of those are the case with Keanu Reeves, who could lend his likeness and voice to the game. Developers should take advantage of this while it still applies.

-The potential for one of the best 3rd person combat systems ever:

A John Wick game’s gameplay would essentially be like how you can handle missions in Hitman, except with a more developed and in-depth direct combat system. You could choose to assassinate or handle enemies head on, or a mix of both, and both would be accurate, as John is shown doing both in the movies.
The fighting system could take inspiration from Metal Gear, Splinter Cell, and the Arkham series respectively with a mix of using cover, Judo and Jiu-Jitsu, striking, precision shooting, and environmental kills unlike any other game out there. John is shown being proficient in many types of firearms, both pistols and rifles, as well as explosives, knives, garrote wire and more. You could also feature some excellent driving and shooting sequences, because John has been shown to be more than willing to use his car as a weapon in some pretty unique ways. John’s set of skills offers a lot of different ways to handle enemies, and if designed properly, it could really be one of the best types of these systems in a game out there. 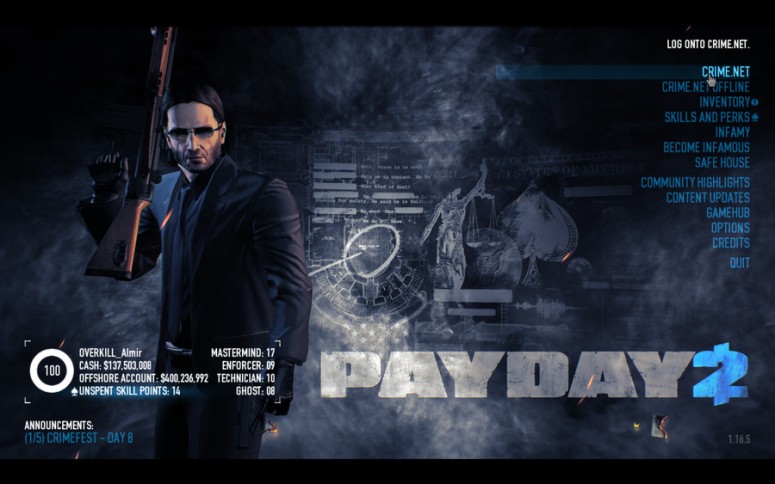 -An already created universe that covers locations and bases, item purchasing, and upgrades:

The Continental is the Hitman Organization that governs all of the assassinations throughout the world that John left behind before the events of the first movie.  The movies already establish that The Continental membership features a number of services, ranging from weapons supply and consulting, room and board, information, auto repair, possibly training for a tutorial segment, and more. The movies show that The Continental has representation in numerous cities all over the world, so those could function as your base when you’re doing missions throughout the game, where you could heal, buy upgrades, and practice. The movies even feature a unique type of gold currency that Continental members use, so even that part of the whole process is already covered from what’s in the movie.
You could buy and sell weapons, and upgrade John and his skills and equipment with a deep skill tree that could be built from doing missions with the most efficiency possible, the movies lay all of this out almost effortlessly.

With all of these elements in place, John Wick is begging to be adapted into a quality 3rd person action game. You could expand on everything I mentioned with multi-player, co-op missions, and more. Playing from his perspective in a sloppy VR simulation doesn’t do justice to a character that has a unique look and style that fans want to see in action. The groundwork is all there, and none of it would be stretching or deviating from the source material. While John has been a guest in other games as well, it’s about time we have a game come out that’s tailor-made just for him.  Smart developers will want to pencil in development on a great John Wick soon.