I’m sure many of you have used an emulator before, either on a computer or on your phone. Both have their downsides: some games can be challenging to emulate on a phone, and you usually have to get a USB controller for your computer.  However, there recently has been a solution that solves all of those problems.  Imagine a handheld device that looks like a DS from afar, and on it you can play essentially any game made for many of your favorite systems. We’re talking NES, SNES, N64, Sega Genesis, Gameboy, Gameboy Advanced, Dreamcast, PSX, PSP, just to name a few of the possibilities. That, my friends, is the GPD XD. There have been other portable emulators, but the GPD XD is among the best of them. Let me tell you about the how incredible it is! 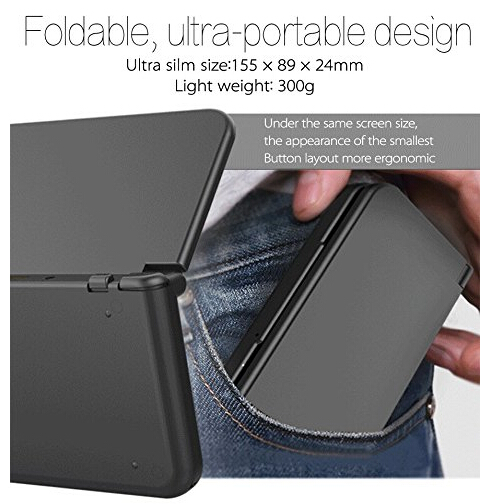 So, to begin with, let me tell you what all I was able to fit on my GPD XD. I bought the 32 GB version, and on those 32 GBs I was able to fit every NES game, SNES game (including translations), N64 game, Sega Genesis game, Gameboy/Gameboy Color game, Gameboy Advanced game, and emulators for all those consoles. However, the GPD XD has a slot for a mini SD card, and it can handle up to a 128 Gigabyte mini SD card. I loaded up a 128 GB mini SD card with about 50 of the best PS1 games and 50 of the best Dreamcast games. PS1 and Dreamcast games are substantially bigger than the other types because they were on CDs. In fact all of FF9 takes up slightly less room than every SNES game ever made. Due to this you’re probably going to want mini SD cards for games that were on CDs. You could entertain yourself for a lifetime with this thing!

The battery on the GPD XD is pretty respectable. I’ve actually never had it run out of juice on me, though I’m usually around somewhere you can recharge. I’ve played on it for 4 hours straight and had it remain at about 20% charge. The GPD XD is essentially an android with extra buttons, so you can run any android apps or games on it as well, not just emulators. It’s also pretty easy to find a place to charge it, since it’s an android you just need an android charger.

Not Only a Handheld System 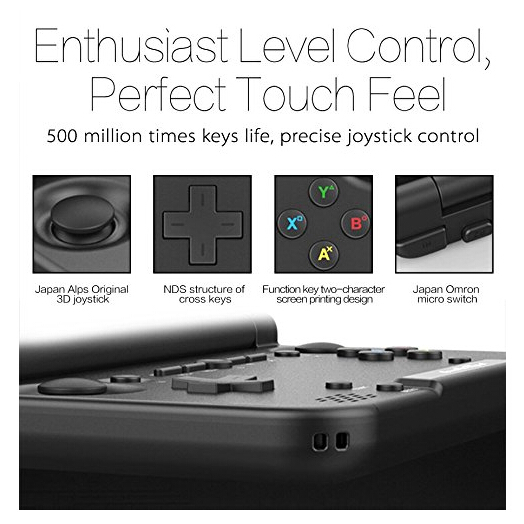 If all that wasn’t enough to sell you on this incredible device, there’s another major component to this. It isn’t only a handheld system, if you procure the right gear. I purchased a USB hub, a mini USB to USB adapter, a mini HDMI cord, and 4 wireless controllers, and BAM I now have a portable emulator that can be plugged in to a TV and can handle 4 controllers, allowing you to play any multiplayer game you have on your GPD. You would think it would be hard to configure, but it really is not. The GPD XD comes with a controller configuration utility that makes setting up a controller child’s play.

This is an amazing system, but it isn’t without its flaws. It does take considerable time to get it set up, it isn’t particularly hard it just takes a while. You’ll probably want to get other emulators than what is on it since there are better ones. The settings on it can be confusing, though it does allow for a lot of customization. Also, you can’t play multiplayer games while charging, so if you’re gaming like a loon you might run out of power. The GPD is decently powerful but far from the most powerful portable emulator on the market, there are others on the market but they are usually more expensive and harder to find. If you’re playing N64 generation or older it works totally fine though, so this is only really an issue if you’re pushing it to its limits. 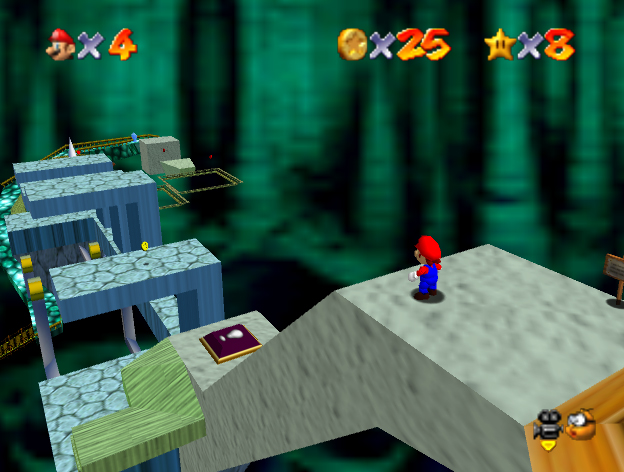 One thing that really bothered me is the fact the controller uses the XBOX button layout, not SNES. Most games from that time used the SNES layout so it can be confusing to use the XBOX layout. It does have the PlayStation icons on the button, it’s a nice touch. Also, it can be pretty weird to play N64 games on it since you have to use the right stick as the C buttons. It’s still playable, though.

Definitely Worth a Purchase

The GPD is definitely well worth the money you pay. Being able to play any retro game on the go is just fantastic. Also having the potential to play any old multiplayer game with your friends is game changing. It has a few downsides, but this is greatly overwhelmed by the upsides. I absolutely would recommend this device to anyone!

The GPD XD Gets

-Can Take a Bit to Set-up

One thought on “The GPD XD Tech Review”