Real Talk By: CMack The Don

I’ve read before that Spider-Man is the world’s most popular, most merchandised comic book character, and with three different film representations in a little more than 10 years, I would believe it.

Normally I would be skeptical or say it was too many webheads, not enough recovery time, but after the webhead’s cameo in Civil War, I was ready for more adventures of this version of the character, and eager to see how he would fit into the MCU. 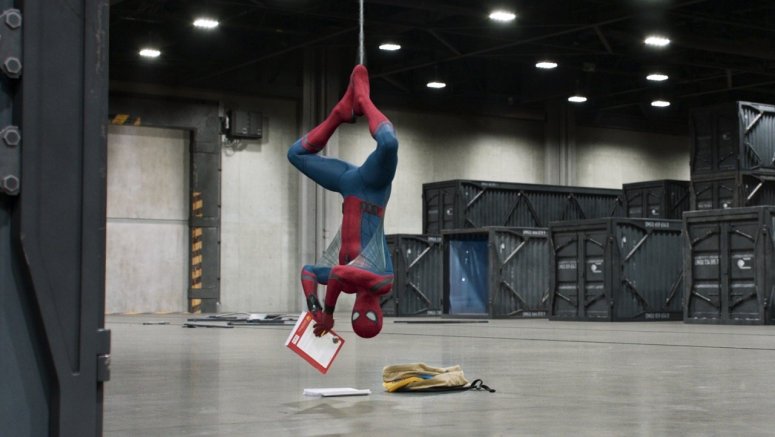 It’s quite an accomplishment too, because each Spider-Man saga has started with Peter Parker as a high school student, the very first Raimi film wisely not spending the entire movie in that setting, with the Andrew Garfield version of the character sticking around in high school all of his first movie, and part of the second,  with the 30-year old fully grown Garfield looking completely inappropriate and creepy around high school teen-extras when he was obviously ready to play an adult version of the character. One would think that by now, the premise of a Teenaged-Spidey would be worn out, but one would be wrong. The key to making this element fresh and new? We saw a bit of it in Civil War: contrasting his teen behavior and issues with the older, more experienced heroes already established in the MCU, showing how he aspires to be like them, and that in this version of the Spider-Man story, these older heroes have influenced Peter since he was 7 years old (minor spoiler: The Avengers incident is mentioned to have taken place 8 years ago at the start of Homecoming, and Spidey mentions he’s 15.).

That kind of perspective of a street level hero looking up to The Avengers and interacting with them helps make the Marvel Cinematic Universe seem even more fleshed out. Like the Netflix Marvel shows, we get to see how someone without cosmic-level powers or a high-priority military background perceives the world they’re in now, and how it all fits together.

The villains in this film create an entire arsenal of high-tech, highly effective street level technology that’s modeled after things stolen and salvaged from various events in past MCU entries such as the Chitauri Invasion in Avengers, Ultron’s attack, and the fall of the Triskelion in Winter Soldier. Things like this help make the world Marvel has made more significant and deep, because there’s an entire black-market and aftermath to all of the major events, whereas other franchises never would’ve included any of this.

Spider-Man: Homecoming again proves that Marvel knows how to cast its greatest characters, which has been one of their strongest assets for years and years. Both Andrew Garfield and Tobey Maguire had parts of their performances that were great, but now that I’ve seen a full length movie of Tom Holland’s version of the character, knowing that there’s still more to come, I can say that so far, he’s the best actor for the web-slinger yet. Being only 19 when he completed filming, he’s believable as a teenager for one, but for another, he has a great balance of humour, charm, but seriousness and a frustration at not being taken seriously, and seems to play Peter with ease. Michael Keaton turns in a fantastic performance as The Vulture, a fairly bland and run-of-the mill high tech, animal themed villain of Spidey’s (he has a lot of those) now turned scavenger and desperate family man, with Keaton bringing credibility to a villain who isn’t entirely evil and makes some great points.

The supporting cast in Homecoming is great too, one of the Spider-Man comic books strengths is that it has always featured great supporting cast members who are a real and believable part of Peter’s life, and not simply there to watch him be heroic. One example is a new addition to the Spider-Man cast roster: Peter’s friend Ned, played by Jacob Batalon, who provides plenty of awkward, hilarious moments of comedic relief as well as legitimate assistance to Peter. It would’ve been easy to feature a lot of jokes at his expense, and make him annoying or worthless, but Ned is a great balance of goofy and useful, and makes Peter’s war on crime at only 15 a little more believable. Marisa Tomei returns as a much different Aunt May that we originally saw in Civil War, but that’s kind of the theme of Homecoming: it’s aware there’s been 2 other film versions of Spider-Man and wants to try a new direction, without it being too much or alienating. She has a few great laugh lines, and Holland and her bounce off each other well. Disney Channel star Zendaya Coleman has some funny and bizarre moments as Peter’s introverted classmate Michelle, along with 90’s crime movie regular Bokeem Woodbine in a great minor-villain role as old-school Spidey goon The Shocker. Be on the lookout for similar high-quality cameos from comedian Hannibal Burress, Donald Glover (voice of Miles Morales in the cartoons), and more from other regulars in the Marvel Universe. And in case anybody was curious, Robert Downey Jr. delivers once again as Tony Stark, bringing one of the film’s most valuable lessons as well as his trademark wisecracks. Some people had expressed concerns that Iron Man would overtake Spider-Man in his own movie, but he’s really only there to provide Peter with some key choices and someone to measure himself up against and be inspired by. 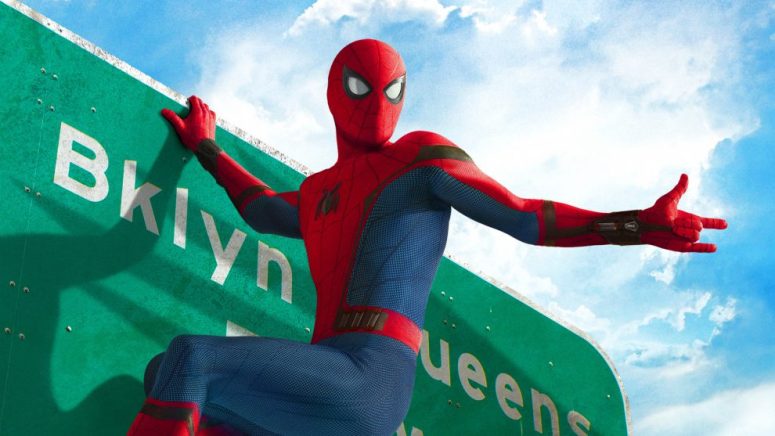 Something you might notice in comparison to the previous Spidey films, especially the Raimi movies: Homecoming is a little less action and adventure heavy.  Like I mentioned earlier, this Spidey-flick knew it had new challenges: -keeping the character fresh -integrating him into the MCU -preserving that classic Spider-Man feel.
So something that will help going in is remembering that Homecoming simply isn’t going to be the type of Spider-Man adventure with the same kind of action and characters in it that you’ll be used to if you’re a longtime Spidey fan like myself, but this isn’t entirely a bad thing.

The movie does a great job of showing us how hard being a hero is, and just how many sacrifices Peter has to make to do what he does. You won’t get the idea of an all-powerful hero bashing through every obstacle in their path here, and it’s interesting to see that in the MCU, high-level technology can certainly compete, if not sometimes beat characters that have superpowers.

The action scenes in the movie are still very enjoyable, with Spidey using his now more high-tech costume provided by Stark to pull off some great moves with his more versatile webbing, and it’s his webs, not his physical skills, that make up most of the action in Homecoming. I felt this was smart, because not only are the fight scenes in the Raimi films hard to top, but every other super-character features punching and kicking, but only Spider-Man can move around and restrain enemies the way he does, it’s more unique to the character, and it’s good that they focus on it.

The lowered amount of action scenes make way for the excellent character development and a focused message. You come out of the movie really understanding who Spider-Man is and what he stands for, and how he relates to an entire universe of other characters.

There’s tons of Easter Eggs and goodies for Marvel Cinematic Universe and comic fans, and a certain scene that I personally love that’s inspired almost directly from the comics. Spider-Man is about doing the most you can with what you’re able to, and so while he’s not as big, bad, and well funded as The Avengers, he’s not supposed to be. One last nitpicky thing I loved about Homecoming before I wrap this review up: there’s no scene in it where Peter gets back at a bully by using his powers in front of the whole school.
In the first Raimi film, Peter does an 8-foot high somersault in front of the school and punches Flash Thompson 15 feet down a hallway. If you saw Peter Parker, the dorkiest kid in school do something physically impossible and then a few months later this Spider guy shows up, I feel like you could make the connection pretty easily. Similarly, there’s a scene in Amazing Spider-Man where Andrew Garfield humiliates a bully on a basketball court, and I’m pretty sure there’s another scene where he publicly uses his powers, and absolutely nobody remarks on it (I could go back and watch it again to be completely sure, but I don’t have the same endurance for punishment that Spider-Man does).

Spider-Man: Homecoming is a great addition to the MCU, and I hope that Marvel and Sony can keep their agreement going for as long as possible, because it’s very clear that this Spider-Man is just getting started, and where he’s going to end up will be Amazing, Spectacular, and Sensational.

We’re friendly to Spider-Man in this neighborhood, so at Play Legit: