Bubsy is a series of video games, the first of which was released in 1993 by the name of “Bubsy in Claws Encounters of the Furred Kind”.  It was a multi-platform release Sega Genesis, SNES, and was later released under a different name for Microsoft Windows.  I reviewed this game on the SNES but all versions of the game are essentially the same. The game has been compared to Sonic the hedgehog.  It’s 2D platforming setup, along with its similar art style, and fast pace make it a clear sonic the hedgehog inspired title.  Either inspired, or a complete straight rip off. But Sonic himself was inspired by a certain other popular character you might have heard of… Mario.  So inspirations and rip offs aren’t necessarily a bad thing, let’s break this down for you.

Bubsy’s story leaves much to be desired.  Alien invaders come to steal the world supply of yarn balls.  Of course Bubsy cares about this because he is a cat and besides that, he happens to be an avid collector, with the largest collection of yarn balls in the world. Bubsy flies through the levels jumping on aliens and collecting yarn balls.  Classically this cat starts off with nine lives and adventures through 16 levels which become progressively harder. 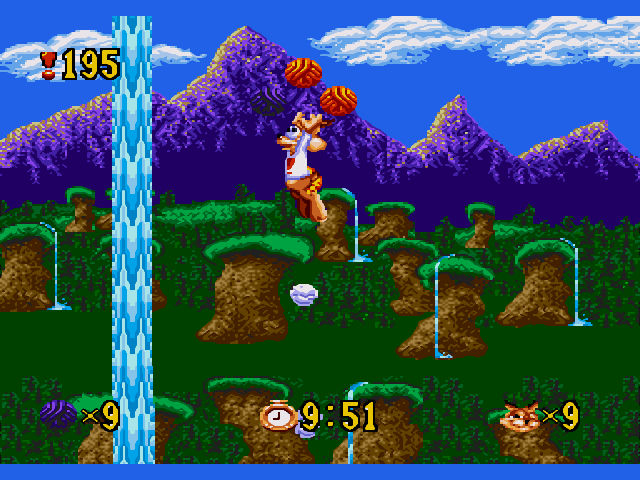 Being a fast-paced game, Bubsy’s controls feel kind of clumsy.  This is pretty typical of games at the time though and I remember the first time I picked up Sonic I absolutely hated the controls.  They felt like they weren’t responding, but it was just the developers way of signifying how fast sonic was.  Bubsy doesn’t respond as well to the controls as Sonic did, but it’s not the worst for that generation of consoles I’ve ever dealt with. Overall I’m going to give the controls a break for the time period.

The graphics and art style are almost a straight rip-off of Sonic.  cascading waterfalls, large tunnels, and green zone style areas with bright blue skies for the backdrop for our hero.  The game has a little bit more appeal in some ways than Sonic, in the first level for instance, there are beautifully detailed mountains that kiss the horizon.  Instead of rings, Bubsy collects yarn balls.  Instead of metal special items boxes, Bubsy has…wood special items boxes. I mean really.

The music is just not unique at all.  There is no mistaking the themes that make up a Mario, Sonic, or Donkey Kong title.  Bubsy’s music is certainly something you’ve heard in a bad Saturday morning cartoon, or the introduction of a low production youtube video. It’s certainly cringe worthy.  Honestly Bubsy’s character design reflects the same weaknesses.

The physics in this game make absolutely no sense.  Unlike Sonic, if the player tries to change direction in mid-air or slow down after they have already made a jump it is impossible.  Couple that with the fact that any small thing kills you instantly, a character sneezing, a random hole you couldn’t see coming or a squirt of water you thought was part of the scenery, and you have a frustrating formula to say the least.  Like a lot of other video game players I was also never a fan of ice levels for precisely the reason I am not a fan of Bubsy’s physics.  You can’t stop!  It’s like he is sliding on ice.  If the physics weren’t bad enough the creators decided to make some questionable choices by putting items in areas you can’t go to without dying. 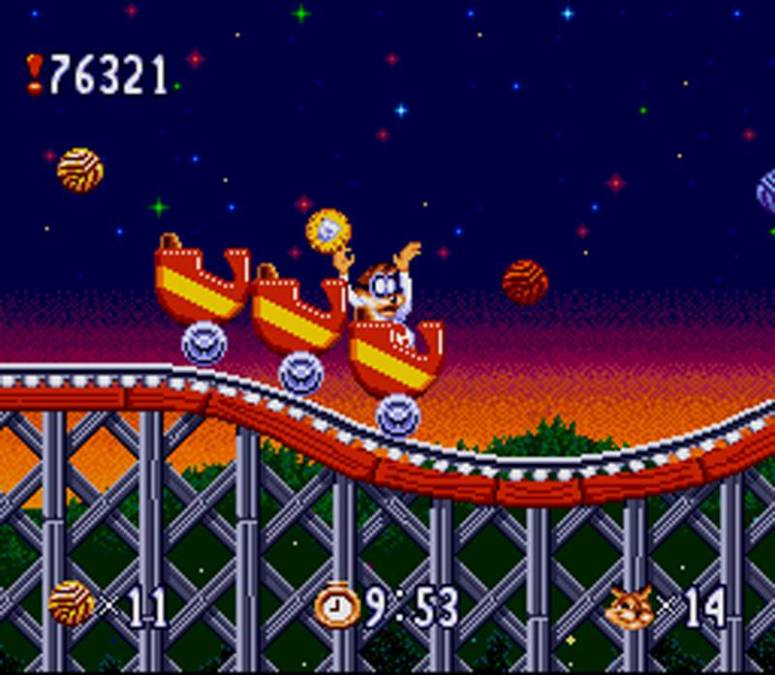 This game is a little different concept than Sonic in that the point isn’t to get through it as fast as you can.  I have a feeling the developer had this idea that taking your time was the key.  Each level has a ten minute timer.  If the player treats this game like a sonic game, they have no hope at all.  Some parts of most levels are dead ends which means you even have to backtrack through the level to get to the finish line.  It’s not the greatest concept and again just becomes frustrating.

To wrap things up, this game is less than impressive.  There is some slight tactic once you get past the learning curve of the controls and physics but the frustration outweighs any fun you are going to have.  This game got really good reviews at the time of its release and it was followed up by four more games which is unbelievable to me.  The end of the first title is just lazy design with reuse of the same levels we’ve already gone through and the bosses are boring and simple.  It’s just depressing.

Bubsy In: Claws Encounters of the Furred Kind Gets

-How many times the player dies over nothing 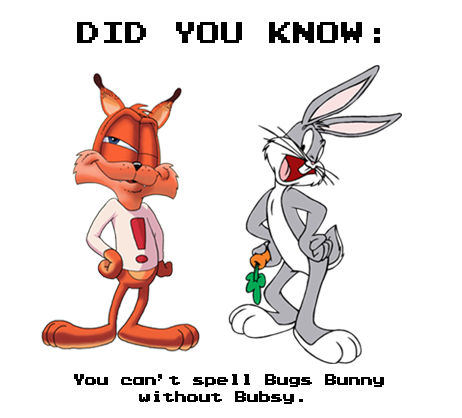 2 thoughts on “Bubsy In: Claws Encounters of the Furred Kind Retro Review (SNES)”