Reviewed on PS4, Available on PC

The year was 2017 and gamers everywhere were faced with a choice.  Maybe one of the hardest choices ever.  Do I buy a Nintendo Switch for the newest entry in The Legend of Zelda? Should I buy multiple RPG’s for the PS4 or Xbox One, waiting for a wider variety of games to arrive for the Switch? Now if you’re like me you may have chosen the latter.  With games such as Horizon Zero Dawn and Persona 5 coming out on PS4 within a few short months of each other, you may have missed another great release: NieR: Automata. Now I know that NieR: Automata was rated very highly by the critics and they may have already swayed you, but let me give those still on the fence that final push.

Let me begin by saying the game looks absolutely fantastic, the developers at PlatinumGames made this game look gorgeous and dramatic. The game itself is set on Earth in a post-apocalyptic era that was a continuation of one of the endings of the original NieR game. However, the game has a standalone feel to it that made it easy for me to play it without playing through the original. For the veterans of the series there are some Easter eggs in the game referencing NieR and all the way back to the Drakengard series. 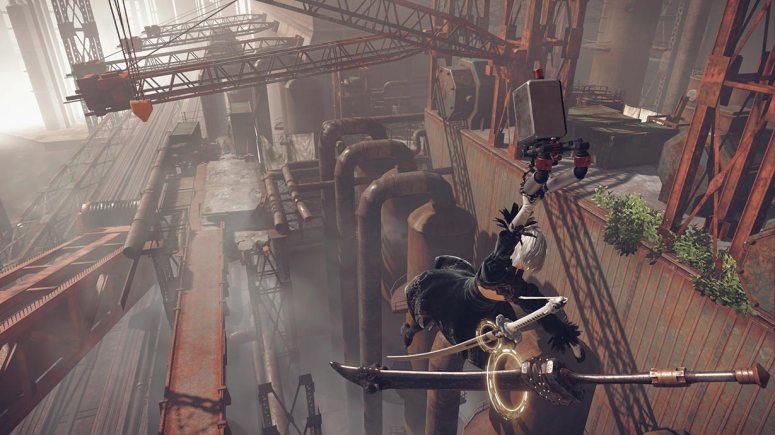 But, enough about the past, Automata follows three main characters 2B, 9S, and A2 that are all androids as humanity has moved to the Moon due to apocalypse reasons. 2B and 9S’ stories are the meat of the game as the first playthrough is with 2B and the second is with 9S. 2B’s play style is more direct combat and fast paced whereas 9S’ playstyle involves hacking and more indirect combat to give his playthrough a different feel, and then A2 comes in with another play style that is a more ferocious version of 2B’s. This is just one of the great feature that this game offers, replay value is a must for RPG’s and this game delivers that with 5 primary endings and 21 secondary endings, each ending corresponding to a letter of the alphabet, so for all you 100 percenters you’ve got some work ahead of you.

As far as the actual feel of the gameplay the combat can offer a bit of a challenge with how the game incorporates multiple combat variations like hack and slash, bullet hell, and flight combat. If all of that wasn’t enough the game also changes from a standard 3D 3rd person view to 2.5D side scroller and top down views depending on where you are in the game world, don’t let that put you off though as the game handles the transitions nearly seamlessly. Then we also have the game world; the game has a hub location that 2B and 9S are deployed from, then the open world city section that provides a good amount of room to wonder about and admire the greenery and ruined buildings given the enemies haven’t respawned. The city section is what connects players to the mission areas that are also open but are more condensed spaces that become available through advancement. While the game world isn’t massive it doesn’t feel small, which may be a nice break from those that play games with oversized worlds like The Witcher and The Legend of Zelda. 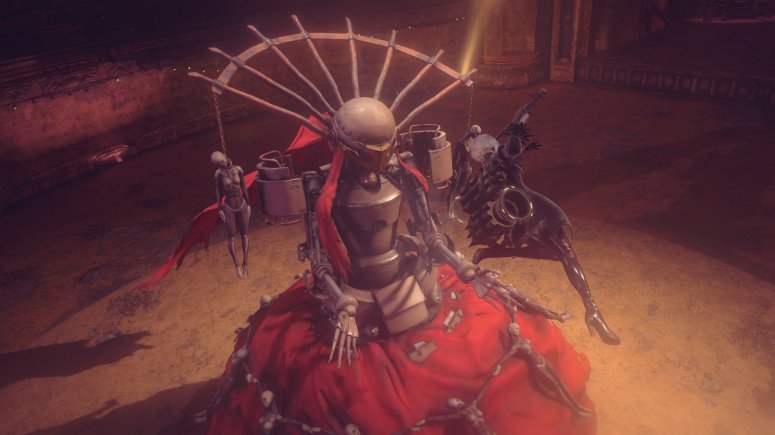 On to character customization a main stay for RPG’s, diehards of the game style may be put off by the fact that there are very few variances in character design and that is only if you purchase the DLC that adds new designs for the characters. You can change the design of the Pod character (essentially a floating turret that you can fish with) but that’s the only base game design you can change. There are multiple weapons that you can equip and upgrade which are variations of swords and lances. You can also change your program chips to better suit your combat needs. As far as I’m concerned this is the only major shortcoming of the game since as you upgrade the chips they take up more room and the game does not provide a lot of storage so it can sometimes feel like you’re too limited in customization even with the 3 chip sets you can have.

To summarize NieR: Automata is a beautiful game with great gameplay that you may have missed.  Please, do not let this pass you by.

+Fast paced action with seamless transitions to other play styles

-The customization just doesn’t offer as many options as a die hard RPG fan may want or expect. 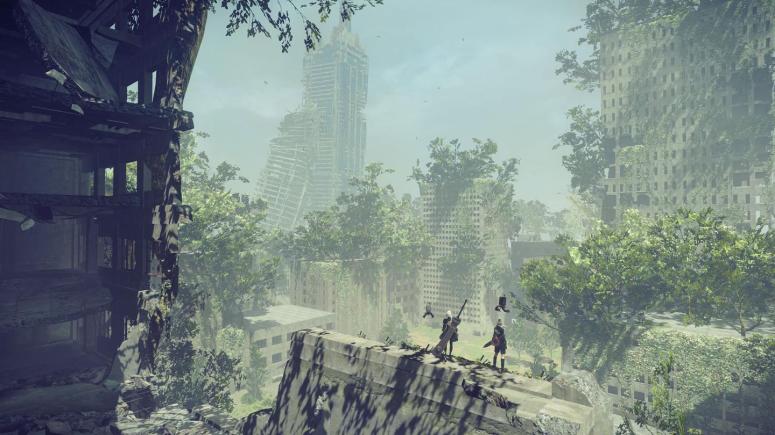