Developed by Sega’s Sonic Team, Puyo Puyo Tetris is a terrific combination of one of the best known puzzlers, Tetris, and one of the more obscure, Puyo Puyo.  Tetris has been re-released and remixed on every console, portable, and mobile platform that you can imagine.  It even was playable on an iPod with a scroll wheel! But Puyo Puyo has had a much stranger relationship with Western gamers.  Over the years it has manifested itself in other popular franchises, with Dr. Robotnik’s Mean Bean Machine on the Sega Genesis in 1993, and Kirby’s Avalanche on the Super Nintendo in 1995.  Mainly it has been a Japanese focused series, where it has just been known simply as Puyo Puyo.  Now with the release of Puyo Puyo Tetris there is a proper, modernized version of the classic puzzle game and oddly enough it makes Tetris fresh again too. 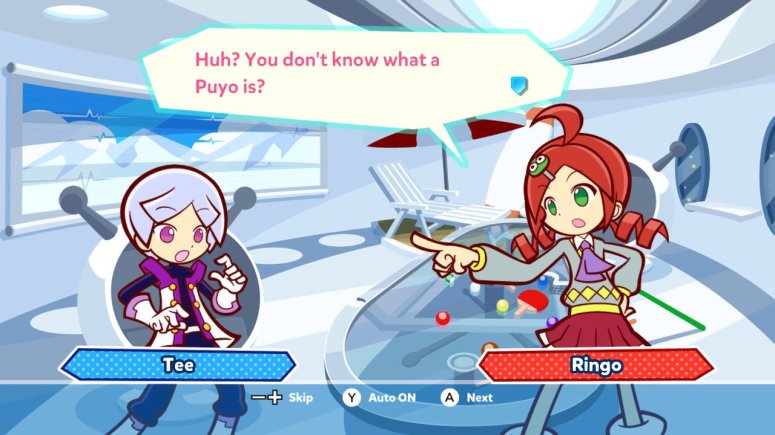 The Nintendo Switch version excels specifically because of its effortless local two player, with each joy con being more than suitable to control the action.  It also makes such a great portable game, and because it’s not pushing crazy graphics, the battery life is astounding.  Then there’s all the options! There’s so many ways to tweak both Tetris and Puyo, whether it is determining how many rounds to play, to more complex details like garbage drop rates and handicaps.  That’s right, this game is suitable to all skill levels with these options, and even caters to pros with detailed combo chaining tutorials. There’s modes galore as well, including a long single player campaign complete with silly voice acting and fun challenges and a cross-over mode that combines both Tetris and Puyo pieces.

Online multiplayer has been okay in my tests, with a few notable concerns.  One issue I have had is just the limited number of games available at any given time.  You’ll find a game, but sometimes it’s not full, or other times it’s people across the world with questionable internet connections.  As the host you can kick people, which helps mitigate this issue, but still means you’re slimming down an already small amount of players to choose from.  I also have been disconnected a few times, and experienced lag moving pieces around.  But this isn’t the case always, and when connected up to some good players, you can stick with them and keep playing round after round and it feels great. Setting up games with friends online is easy, but I wish there was a way to do two player split screen online.  Finally, the Switch has local wireless between consoles and that works flawlessly. 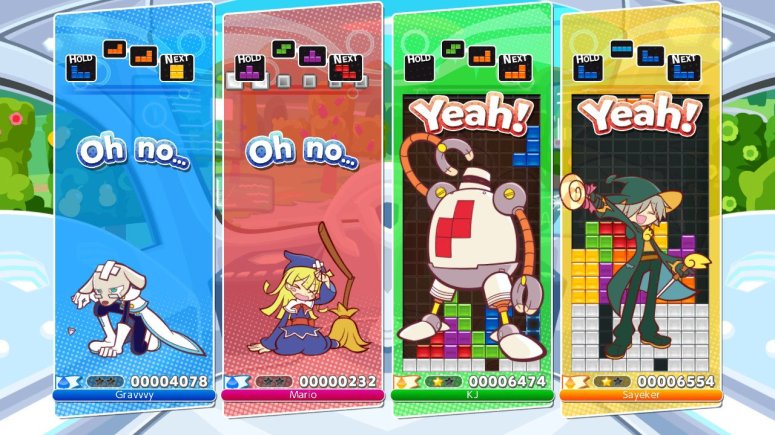 Another slight issue with Puyo Puyo Tetris is the general presentation.  The art style is extremely bright and childlike, and the music a collection of hyped up saccharine sweetness.  That combination is enough to fatigue extended play sessions.  While you can turn the music off in most game modes, there’s nothing you can do about the static, boring backgrounds.  While the game rewards you with points to spend to switch out the style of Puyo or Tetris pieces that you see, none of the extra looks are that exciting.  The single player campaign mode is so in-your-face loud and chipper that most adults are going to want to skip through it all to get to the gameplay.  If only there was a more chill, nuanced graphical and audio presentation to counteract the intense puzzle sessions, it would pretty much be perfect. 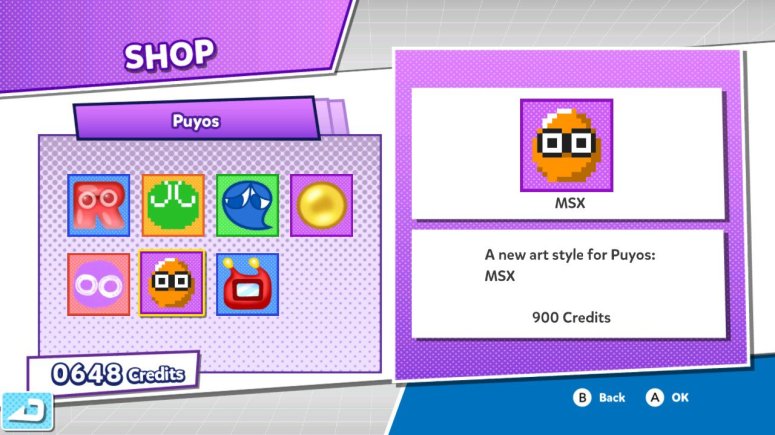 Sonic Team did both of these franchises justice and made a very compelling title for showing off the capabilities of the Switch.  It is worth noting that on Switch Puyo Puyo Tetris does cost $40 as a physical game card, and $30 as a digital download.  The download seems to be the no-brainer, and it only takes up around a single gigabyte of space, so no biggie.  And at $30, the content-rich puzzler is one of the best values currently available on Switch.  Presentation and slight connectivity issues aside, this is a legendary puzzle game that will stay viable for years to come.  Sonic Team set the bar high here and here’s to hoping that there will be more robust puzzle crossovers in the future.  Now— for real— can we get a new Meteos? Anybody? How about a new Zoop? Maybe a Meteos X Zoop next?

+Multiplayer is frantic, fun and accessible

-Having to skip those cutscenes 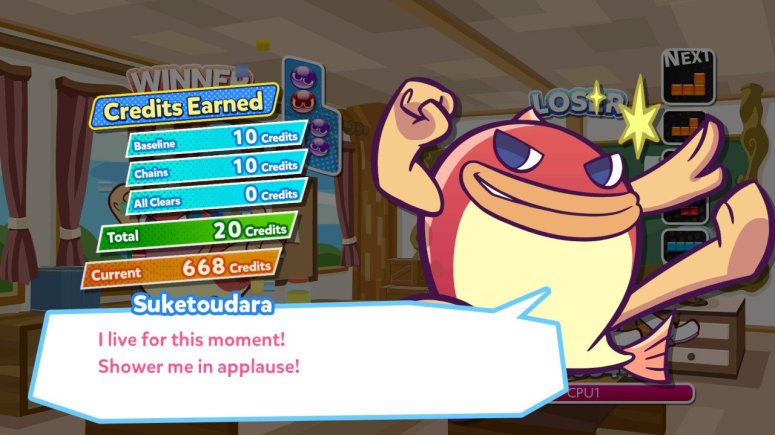