At Play Legit you’ll find that we conduct our reviews with an intimacy that is unmatched. It’s been a week since the tiny unknown title Zelda: Breath of the Wild has been released. While other review sites obtained early copies and have thusly provided you with a bias outlook on the title, we went to the store and bought ours…from a sales associate, and we had to get on a reserve list and stand in line, in the cold for a Nintendo Switch.  This is how much we care.  We live in Ohio, it was ungodly cold, and we didn’t wear the proper shoes. We’ve been playing Zelda ever since but this may be one of the most in-depth games of all time and due to the length we have yet to provide you with a proper review.  This article is a quick breakdown of the pros and cons so far.  Don’t forget to check back often, this article will be updated frequently. 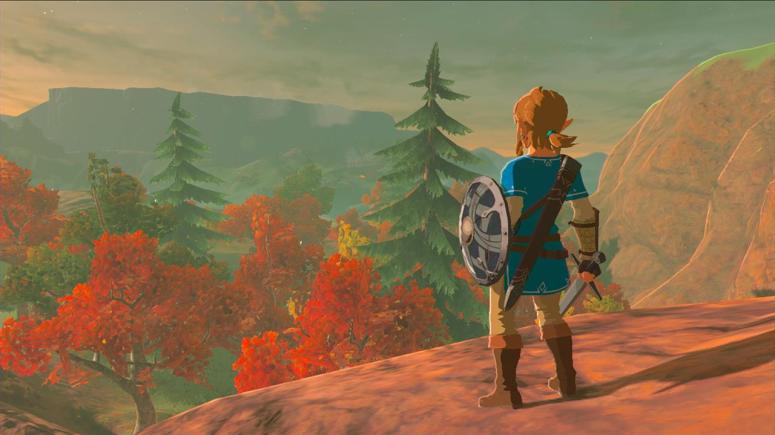 + Story Line: so far the story line for this edition may be the best so far, while other Zelda titles are a little hard to follow, this title is intense yet still has the ability to enthrall new players.

+ Controls: The control scheme is complicated but the switch controllers allow for instant access to quick button switch-ups.  When the action gets intense, the controls hold up well.

+ Sound: The music in Zelda games has traditionally been on point.  This game adds a whole other level to sounds quality.  Not only are the area themes addictive, but Link comes with a display for sound which shows the player how loud he is being.  Depending on what you are stepping on, what you may be wearing, and how sensitive your enemy is, you will pay attention to sound throughout this entire game.  Finding items, shrines, and equipment depends on how in tune the player is with his audio surroundings.

+ Visuals: Art style and graphics on both the Switch and Wii U versions are top notch.  We are still trying to figure out how this game looks so good on Wii U.  The system is completely maxed out and it is absolutely beautiful.

+ Character Development: Not only are the story lines of the characters in depth, but many characters are highly involved in the main plot line.  If you are a hardcore fan you may recognize several faces with a few more wrinkles.  Dialog mostly remains in caption but there is a fair amount of voice acting during the main quest which is a new addition.

+ Balance: Enemies in the game are well balanced and combat is highly technical.  Counter-defense and offense creates an in-depth system.  Attempting to enter dangerous areas that Link is not prepared for is surely a sealed fate.

+ Scope: The insanely large areas that Link explores is endless.  Will the review ever come out?  It’s hard to say…I  might be walking around Hyrule 30 years from now but, it’s never boring.  The large map is riddled with icons from your adventure, rivers, lakes, mountains, cliff sides, and grasslands which can be explored in detail.

+ Length: Did I mention it’s endless?

+ Cooking: There are an amazing amount of items in this game that can be combined into Elixers and recipes.  while this has been done to some extent in other games I haven’t seen quite this level of customization before.

+ Puzzles: A large portion of this title wouldn’t even exist without the puzzles.  They can be found everywhere throughout Hyrule.  From labyrinths which involve vast networks of hallways to shrines where spirit orbs or obtained, puzzles are a highly involved part of the game and they are done better than any title I can remember to date.

+Amiibos: Amiibo compatibility with this game is much more involved than most games.  While most every amiibo works with the title, many just give the player common items.  Rare or hard to find amiibos or amiibos related to past Zelda titles will unlock legitimate in world characters, items, and clothing which is useful.

– Controls: This won’t be an exclusive problem to Zelda.  In areas where there are multiple enemies and the fighting becomes intense, the configuration of the controller itself is so small wrong buttons end up being pushed.  The pro controller resolves this issue.

– Wii U Frame Rate: Rarely the frame rate slows during multiple enemy confrontation.  Just before launch this was an issue on the Switch which has been updated and resolved.

– Visuals: I saw a strand of grass coming through a rock…once.  In case that makes or breaks you.

– Camera: Rarely during fights with multiple characters that back you up to a wall or when climbing cliffs that have several different facing out perches, the camera zooms into Links body.  I’m not sure this is avoidable considering the open approach and involvement.  I have yet to see any game with this scope resolve an issue like this.

– Weapon Damage: This isn’t a negative so much as something I would have liked to see.  There were several times during my playthrough that I had several of the same weapon in my inventory.  This is the only game I’ve ever played where weapons cannot be repaired (with only a few exceptions).  The player has to choose which weapons to get rid of if they obtain better ones.  Unless a weapon is badly damaged, there is no way to know exactly how damaged a weapon is.  If you have two of the same weapon and want to rid yourself of one, the player is not certain which weapon is damaged worse.

– Dungeons: While they are not as highly involved as past titles, there is much more to explore in the open world and the Shrines act as multiple mini-dungeons.  I do believe in future games this is something they could change for the better, however it does not take away from the overall experience of the title.