I’ve finally started watching Dragon Ball Super.  After diving into every episode available, it fired me up (Can’t wait for The Universe Survival Saga). Naturally, my mind started to wonder towards Video Games.  Dragon Ball titles are plenteous.  There have been some solid outings, that may have been overlooked, or forgotten (due to the swarm of bad titles in-between).  Here is Play Legit’s Top Dragon Ball Games.  Before we summon Shenron, here is some Honorable Mentions:

This had some interesting places to explore.  Improved on the first in every single way.  Length and gameplay were tightened-up from the previous.

Gave players the Budokai feeling that had been missing around its release window. 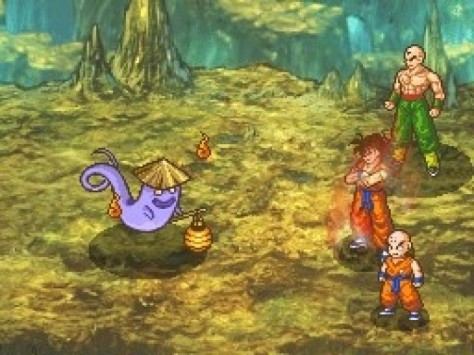 Turn Based RPG action, with hours of gameplay.

I had this imported years ago. The only Dragon Ball game I played prior was GT Final Bout.  Obviously that experience needed to be rectified. Legends was it.  Available on PlayStation and Sega Saturn (JPN), this game had players fighting over a momentum bar.  Once a player is in complete control of the power balance, they automatically do a super.  Legends is 3 on 3 fighting fun.  This was worth the trouble acquiring.  Really a rush at the time to play an awesome DBZ game.

This Sequel to the GBA had organization. In the Show/Manga we’re aware top-tiered characters would demolish other fighters. Supersonic Warriors 2 takes this into account.  It relies on a point system when setting up teams.  Picking higher ranked fighters, means you’ll have a smaller squad.  You could swap between them whenever. Car rides quickly became supersonic affairs.  Is more the merrier? Choose wisely. 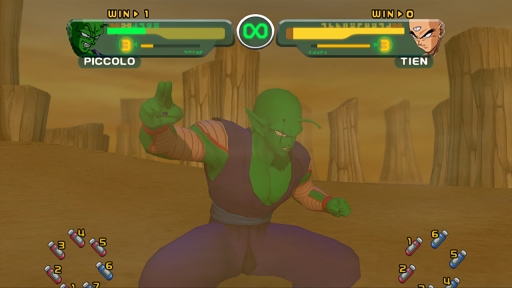 A great way to get Budokai’s best together in one-grouping. This line of fighters introduced American audiences to their first Awesome Dragon Ball game. 1 on 1 fighting, with a story mode that took players into the cell saga.  Equipping capsules played a huge part. This added a layer of strategy to the proceedings.  Budokai 3 would give the game a cel-chaded look that made the established gameplay truly pop.

I’ll go ahead and say this is one of the best looking SNES games around.  Though the roster was small, it had nothing but highlight stars covering every major arch in Z. Battle cries and sound effects are clearly heard. Unique move-sets were equipped.  Along with local versus, there was a tournament mode and story.  Different transformations and moves were available to those who kept their Ki levels in-check. This was a constant challenge, maintaining power, and dealing with the punishing A.I. This puts the most recent 2D brawler Extreme Butoden to shame in graphics and gameplay.  I said that.

I’d place this up there with Astro Boy GBA in terms of enjoyment.  This was a great platforming brawler for handheld audiences. You could defeat, and then play as all the enemies in the game. Talk about replay value. Sprites were well-drawn, and environments matched up as well. Blazblue/Guilty Gear developers Arc System Works made another solid fighting game. The Gameboy advance would ride off into the sunset shortly after, but Goku and crew delivered its proper swan song.

I’m reluctant to accept major new characters jumping into worlds that have been established for decades. It would have to make sense. Well Namco Bandai was able to do it successfully. Players customize a character and help Trunks and The Time Patrol keep the timelines secure.  It was cool to see your custom-made character fit right in with the Z Fighters in battle and in-cutscenes.  This series of games appears to be headed in the right direction. When the inevitable third title releases, there’s a good chance it rivals our number 1 choice.

This is the one people still talk about.  It fetches for a high price online if you can find a copy, hold on to it.  Players have modded the game to include Dragon Ball Super Transformations and Characters. It’s hard to move on from something so good.   A roster of 161 already on-disk, players had much to work with.  All the Z sagas were covered, even GT content made it in.  Also a “what if?” mode made for some fun scenarios.  An amazing grouping of modes, and online play on the Wii version, this is still the best in Dragon Ball. Xenoverse may have the presentation, BT3 has much deeper gameplay.  The Z Counter let players reverse an attack with a forceful retaliation if landed.  It’s easy to see why so many simply want a re-release of it on newer systems.

I’m happy to report that Dragon Ball licensed titles overall have vastly improved over the years.  Since later titles will include content from DB Super, more great times are certainly ahead.