Oh goodness, this was a challenge and no, not because of the legendary difficulty the  series was known for.  Arc Studios has come back with a new installment to Double Dragon!  Sounds good right, and theoretically since they’ve been making these games since the 80’s you’d expect something magnificent right?  Well.

Gamers will notice, and (please know I’m a PC user), is the completely horrible start screen.  The first thing a player will do is move the cursor and hit select to actually use the menu. With the initial buttons being so bizarre, and the fact I was changing the language often, it took a restart to see the help button, to learn the basic controls. I kid you not the layout is, “E, S, D, X” with “G” as a select.  If you don’t know why what’s awkward, ask a friend that does PC gaming and watch how they almost die right in front of you.

Anyways, the first thing about the game the player will notice is the art style.  I’m not going to lie, it’s basically just like Double Dragon on the NES.  No seriously, I don’t think they made any new assets, except maybe a boss or two as well as maybe the backgrounds.  Worst of all, the story cut-scenes are either non-existent or annoying. Some levels either have bizarre jump cuts, or sections where you stand still for like a minute, as it progresses you meaninglessly through a section they should have cut-out. 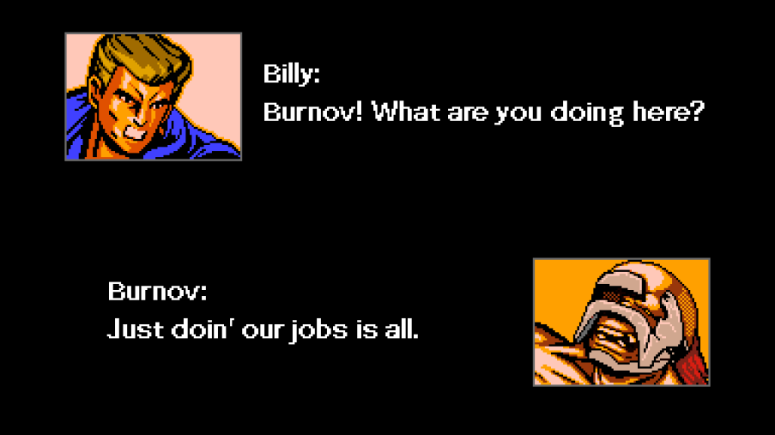 Next, presuming you don’t go a bit bonkers from the less-than-stellar, and sometimes very off-base background music,  you’ll notice the controls and oh boy.  Thankfully not only did I have the luxury of rebinding these but I also had a game pad that it got relatively quickly.  But that doesn’t help the game-itself has pretty terrible controls.  It’s like I’m playing with a broken NES controller.  Not only because it’s the exact control scheme from that long ago, but because the game is so unbelievably clunky that any enjoyable moments to get from them are quickly forgotten as you start to absolutely hate gaming because of them.

Furthermore, the level design.  There’s no other way to put it.  The level design is terrible.  Jump cuts that don’t make any sense, enemies spawning just outside the edge of the camera right as you get there, leaps of faith, terrible platforming due to aforementioned clunky control scheme, and to make matters worse the whole ‘3D’ perspective does not lend itself well to clarity. 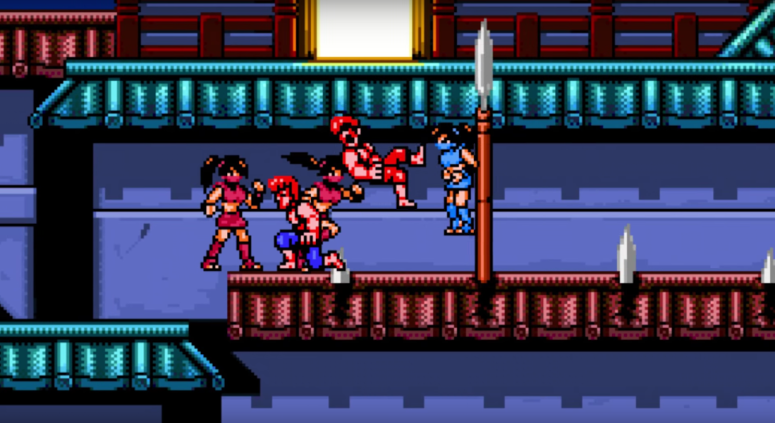 In short, whereas this game looks like the original Double Dragon titles, it simply feels like a fan made tribute.  A tribute that makes you feel bad, then angry, then hysterical, then back to angry.  This is a terrible use of the Unity Engine, and despite such a rich career from Arc Studios, this feels like a single intern got all the assets into unity and suggested a quick way to make a buck.

In short, this is a game I would show how not to make other games.

(Note, the only reason why this didn’t get a zero is because to it’s credit, I never experienced any glitches or bad quality from the systems put into place to play this game.  This gets a 1 merely from the execution.)

+It Captures the Feel of the Older Games.

+It Can Be Beaten Fast Enough For You to Get a Steam Refund Afterwards.

-Controls Make Me Want to Cry.

-The Difficulty is Not From Challenging Gameplay, but From Control Issues and Terrible Level Design.

4 thoughts on “Double Dragon IV Review: It’s From the Past”