Recently, I’ve gotten my hands on Duke Nukem 3D. Strange considering it’s 2016, right? Well, to commemorate it’s 20th anniversary, Gearbox, along with Nerve Software, have brought about a ‘remastered’ version with World Tour. With it, they’ve remade the maps to proper 3D, Cleaned up the audio from the original, tweaked the controls, and even added an entirely new episode. So, new maps (Made by the original creator) New Music (Made by the original composer) and even new Duke lines(From original voice actor Jon St. Jon.). Sounds like a recipe for success, even if $20 is pushing it for a throwback. Time to elaborate.

Aside from a few menu tweaks, the game starts out just like the original, and in that same vein, stays very true to the original with little to no changes made to the core game flow and pace. However, upon seeing the enemies you will be playing against this will bring us to the first problem. The Enemies are still in 2D, which makes this whole thing ‘2.5D” Which in itself isn’t a bad thing. However, I’ve experienced a disconnect with the enemies and the environment, sometimes getting disoriented about where the enemies actually are. (Like those darn flying cars!) 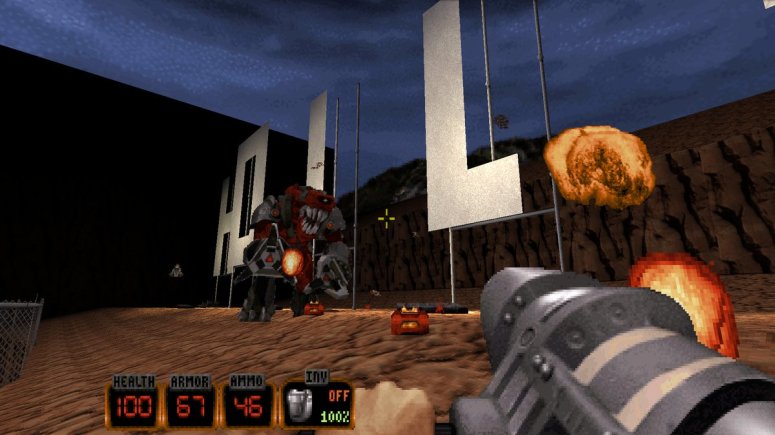 The next point to be made about any remasterings is that it hasn’t addressed any problems adherent to the game itself. Primarily I find myself getting lost quite frequently, which brings an otherwise fast paced game, to a strange, ‘start-stop’ pace. Allow me to explain with an example: While playing through the second map, I needed to open a locked door by finding it’s corresponding keycard. To get said keycard, the player is required to press four buttons in a specific sequence (That I couldn’t figure out without trial and error) in a juxtaposed location by the door. Then, the player having done that has access to a detonation switch which blows up a building across the street in a spectacular fashion. Then, when the player goes through the rubble, in a random corner, the player will find the keycard for the door to gain access to the bar. 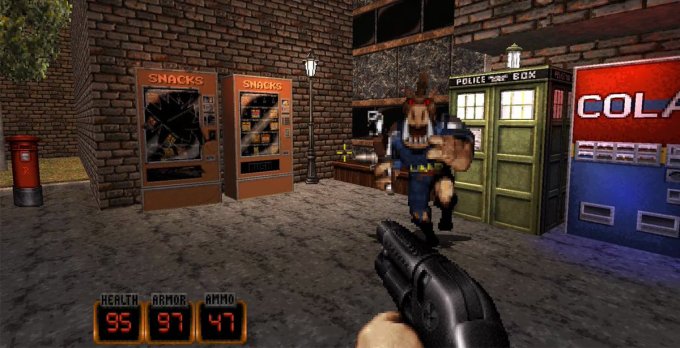 As you can see, the game’s plot and flow make little to no sense with locations of things and the solution to problems being very 90’s esque, with the player usually going about many places to try to find the one little thing they missed to open the door to get to the next area. Couple that with some situations having the player unfairly attacked before they can respond properly and you’ve got yourself a frustrating, and in the higher difficulties, borderline unplayable game.  However, it isn’t all bad!

The action, when it is happening, is a great throwback to the original, fast paced and very arcadey with how you strafe, jump, and blast your way through room after room of foes. All the while, the soundtrack, which rocks as hard as it did with the original, is thumping all around you while Duke makes some classic one liners after turning his foes into giblets. Not to mention that though the environments are impractical to a gameplay aesthetic, the ludicrous nature of it all lends to a completely hilarious set up. 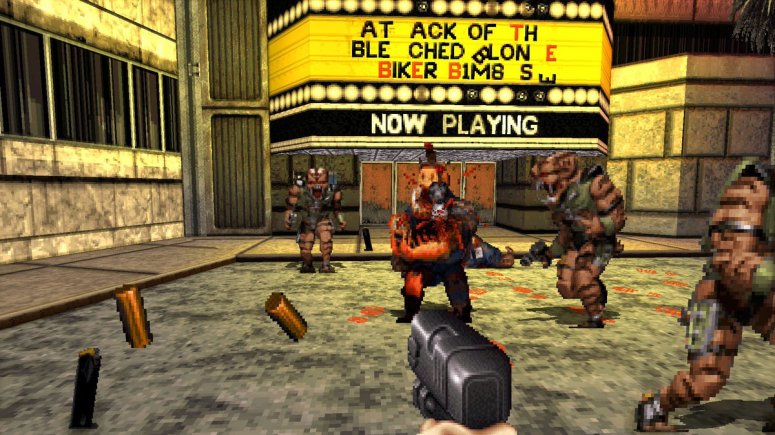 Case in point, when finding a strip club, you have a firefight with the many aliens inside, all the while, the dancers never miss a beat nor seem to care. It may be a bit misogynist with how exploited women are in this game, but in the way they do it, it only adds to the absolute lunacy of it all. After all, you end each level by punching through glass to activate a self-destruct button that is inferred to be nuclear.  And, of course, you survive each blast as it happens around you!

In closing, the game is a great nostalgia trip, and certainly going to tickle your fancy if you loved the original. However, compared to other games of today, and despite some of the new modern touches it has received, it hasn’t aged well and will almost be unfun to anyone who, unfamiliar with the original, will most definitely be frustrated and annoyed with this game.

-The Graphic Tweaks Are Disorienting.

-Some of the Controls Are Awkward and Poorly Explained

-Personally not worth the $20 Price Tag 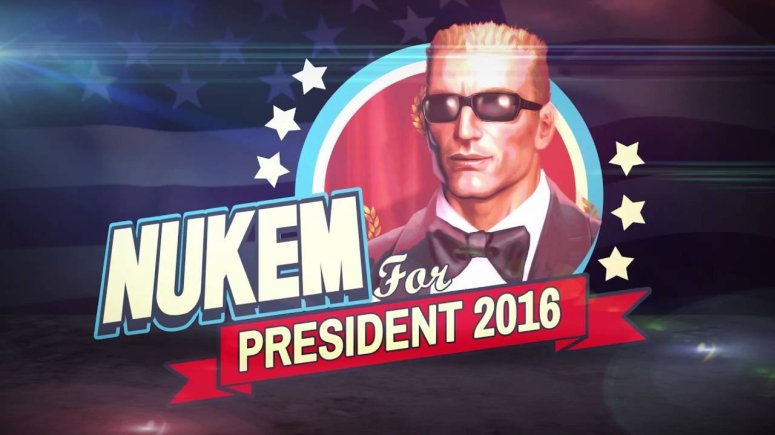 One thought on “Duke Nukem 3D: World Tour Review: A Blast From The Past”