2K Games is back with the third installment of their Mafia series. This time the story takes place in 1968 in a city called New Bordeaux; A New Orleans style city in the heart of the South. The focus of the game is revolved around a black man by the name of Lincoln Clay, a Vietnam vet hell-bent on avenging the death of his friends and mentor by taking over New Bordeaux’s crime syndicate. The game brings an awesome cinematic experience, various mission types, and decent game play.

Mafia 3 wins when it comes to the cinematic experience. The game delivers visually stunning cut scenes filled with true to the times dialogue. At times the script can be too true with the smorgasbord of racial slurs you get to endure right along with the main character. The story line keeps you well-informed, but the nonlinear narrative at times leaves you confused. Voice acting is great in Mafia 3 and while the CG is synchronized well, at times can be reminiscent of a poorly dubbed import film. The soundtrack helps immerse you into the environment of New Bordeaux and the late 60’s. Car rides are so much better with the Temptations the other top artists of the time.

If you’re good at putting together pieces of a puzzle, you should be able to follow along with the story as it go from Flash back to present time to dream sequence to flash back to, yea, you get the idea.

The game play in Mafia 3 is, well, repetitive. You get your pick of primary and secondary weapons, all true to 1968. Access to pick ups are readily available no matter where you are but when it comes to upgrades this title is lacking. There are a handful of vehicles to swap between that you get access to after completing certain achievements. The game being so massive and with no online game play, you would think 2K would have thrown in modes of customization, whether it be new clothes or vehicle upgrades.  Most of the missions consist of you intimidating a racket leader into joining your mafia. You achieve the goal by interrogating racket leaders, destroying rival property or scaring a minion into spilling the beans.

The game play tends to be incredibly repetitive while the racket layouts are mainly made from clones, constantly leaving you with a feeling of deja vu. The repetitiveness of the mission selection wouldn’t be so bad if the AI provided more of a challenge. Enemies are incredibly predictable making accomplishing mission objectives easier than most would like.

Overall, Mafia 3 is not a horrible game, at times it can be incredibly fun. The length of the game alone gives you more than enough to do but it would just be better if there were a few more mission types or even a basic online multiplayer mode. The lack of multiplayer could have easily been forgotten with slight adjustments to game play with different forms of customization or mission support from supporting characters.

With that said I’m giving Mafia 3, 3 MF’s. The game has a great story with an amazing cinematic experience, fantastic voice over acting and music that’ll have you singing every time you enter a car.  But the length of the title paired with the repetitive game play makes it hard for a quick play through. With multiple endings it would be nice to be able to experience them by accomplishing each play through opposed to wanting to just watch them on YouTube. 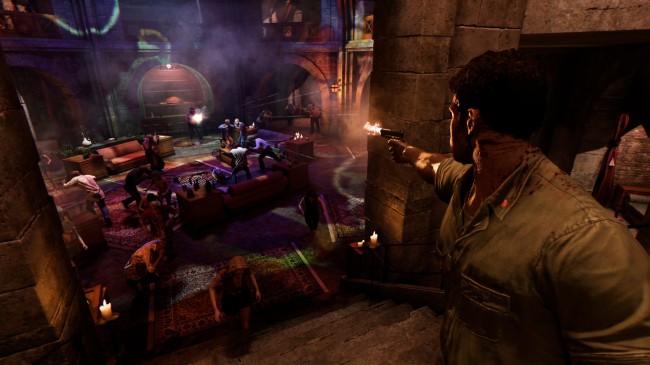