Both maps in the beta were small, but perfect for combat.  I played primarily with a Lighting Rifle and Rocket Launcher combination.  This was perfect for me, but many played with shotguns.  I felt that all the available weapons in this build were all-powerful in their own right.  Players during deathmatch compete, grabbing power weapons, and even control of a demon.  This big powerful creature can move fast around the level with punishing rockets.  Still it is possible to ambush the demon.  The rival team has a fighting chance.

This game never feels too complex.  Still, The important factor is that it’s just plain fun.  The classic gameplay of old was captured with a fresh coat of paint.  It feels like an Unreal Tournament title also.  Super fast-paced arena combat.  With this form of multiplayer, and a traditional campaign as well, Doom could surprise in 2016.  Were you able to play the open beta? 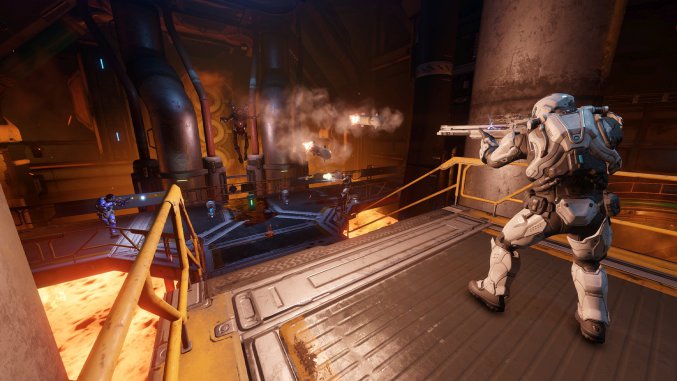