The beat ’em up genre was always my thing.  Goofy bosses, cool playable characters made it all worthwhile.  These titles made you feel like an unstoppable wrecking crew, well until you hit the boss fights.  So many memories and quotables around these titles.  This list was fun to put together and tough considering the time period were working with.  Please note Final Fight/River City Ransom both released in 1989.  Here we go:

Of course Captain America and Iron Man I knew well, but Hawkeye and Vision were first revealed to me here.  No Incredible Hulk in this game.  Maybe he would have been too over-sized and powered.  Still no one felt left out in the cold, as each Marvel Hero had something unique to offer.   There’s inferior ports that downgraded the game in almost every aspect.  Like many on this list, the arcade version is the one you need to play (The Genesis port will suffice).  I found the original cabinet at a random house party.  Why was it there?  Have no idea but glad it was. 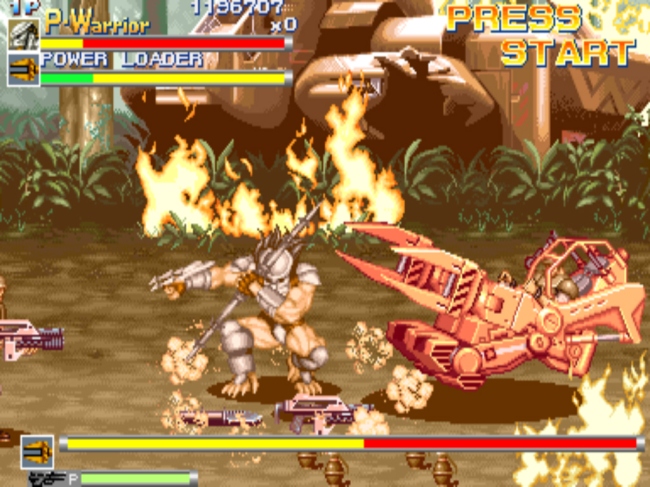 You get to destroy aliens! Two Predators and Two Commandos.  This one allowed 3-player coop fun. Sadly, It was never ported any place else.  Hopefully you can find a cabinet, or an alternative way.  Hard hitting weapons, and explosions everywhere made this a smasher that never let up.  Incredibly detailed sprites, and awesome looking animations across the board.  AVP is still one that is absolutely worth your time.

Unlike AVP, Capcom made a home port.  However, this one was heavily censored on console.  Not the case in arcades.  The Punisher teamed with Nick Fury to clean the streets, eventually stopping The Kingpin.  Firearms were used regularly.  Knives, axes, and many other vicious weapons.  Take out thugs, tommy-gun-wielding mobsters, and even cyborgs.  Blood was spilled, and goons were Punished.  Seriously, little kids could have been in trouble playing.  I had to lay low. 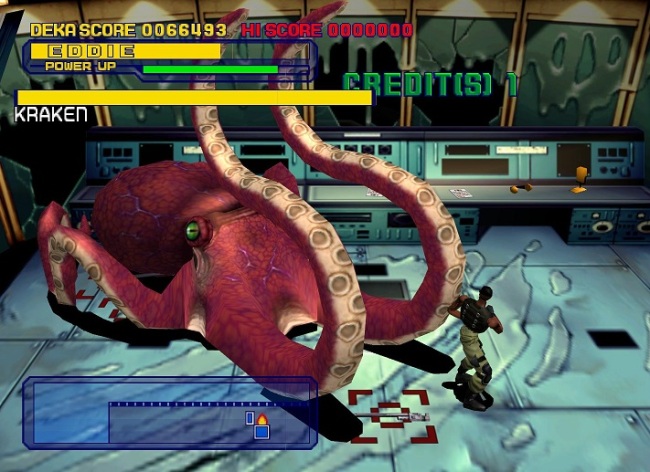 I lost many quarters to Die Hard Arcade.  Its sequel would send our heroes to a cruise ship taken over by terrorists.  Given the scene, enemies and fighting spots had a refreshing variety.  Areas included non-annoying quick time events, full 3D visuals and weapons that were over the top.  The game can be beaten pretty quickly, or else it would have ranked higher on my list.  Still this is one that is just fun, and doesn’t take itself too serious.  I mean just look at the picture above. 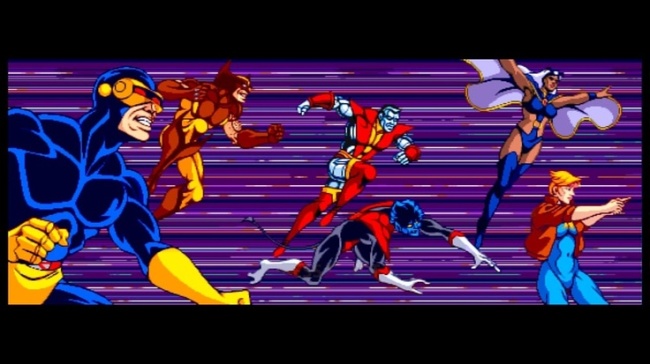 Six player simultaneous action was allowed.  I mentioned in the past that “It was always a race to see who would grab Wolverine first.  An American and Japanese version would be available to players. The JPN mode offered health pickups and mutant power boosts.  This is a game that would be great for the PS Now service.  Super fun with friends especially if your crew is large.” Sadly there was never a follow-up as this title was based on a X-men series that never launched. 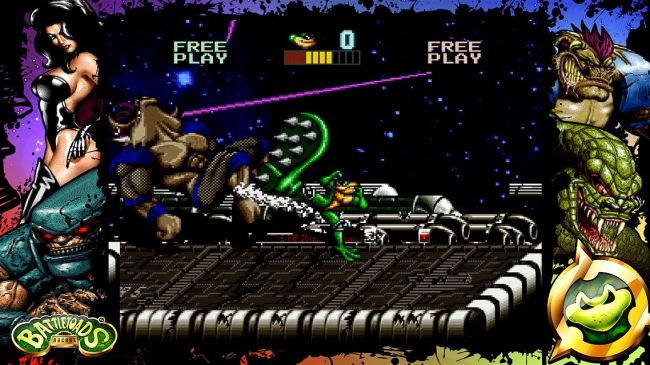 This was one bloody game.  I’m surprised they had this cabinet inside my local Magic Mountain Fun Center (equal to Chuck E. Cheese).  Were you supposed to beat the game? Probably not.  The only way I was able to beat the last boss, was with endless credits on Rare Replay.  Detailed sprites and levels, that still hold up.  The composer of Donkey Kong County David Wise dropped some rocking tunes for this one.  Players have been clamoring for a true sequel.  Will Microsoft deliver on this?  If you’re looking for an edgy, incredibly challenging game you can’t go wrong with the Toads.

The absurdities in the game from the start either pulled you in, or scared you away.  This cast is the absolute most diverse seen in a beat ’em up.  Captain commando is playable in Marvel vs Capcom 1&2.  Before his fighting round days, he was with his posse in this classic.  Our hero would smash the ground sending electricity at the feet of his foes.  A mummified character shanks enemies, while styling in his high-tops.  A straight-up Ninja character could actually chop enemies in half with his sword (Bosses Included!) .  Finally we have Baby Commando, a giant Mech-Suit, controlled by a toddler!

Branching paths made multiple playthroughs a joy.   Assist characters, definitely had your back with sharp AI. Choices had to be made as well.  Different endings were possible.  It was ported to XBLA with even more features.  A massive versus mode allowed gamers to play as any character.  Ultimately Guardian Heroes will go down as one of Sega Saturn’s greatest games ever. 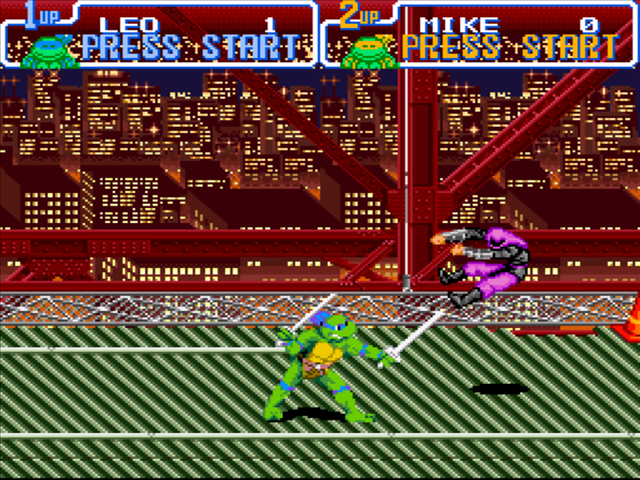 While never owning a copy, my friends thought that I did.  Turtles in Time was rented often from my Blockbuster Video.  Beat it countless times.  The level variety due to time warping, with vehicle missions thrown in along the way kept it fresh.  Prehistoric age, The future, you name it.  Memorable sounds all-around that my friends still quote.  Voice audio usually sounded hilarious coming from a Super Nintendo Game.  This was no different.  Shredder’s cheesy sinister yells always made us laugh.  Stepping on a trap hearing the turtles say “My toe!”, or grabbing that health knowing that it was “Pizza time!”.  Home or arcade either conversion was well done.  The cabinet did have 4 player options versus the console’s 2.

One of the absolute greatest soundtracks in gaming.  While you’re all ex-cops, you can still call in a police strike, wiping out the enemies with bazookas.  Might be a tad overkill, but it sure looked cool.  This was everything great about 90’s action flicks rolled into one package. The weapons, locations, and enemies looking like Steven Seagal movie villains. I’m not sure if there’s been a beat em up re-released so many times on various platforms.  Sega has to know the demand is there.  My favorite version so far is the 3DS one, as it has some truly great effects making the levels pop.  However you play, it’s certainly one that every gamer should check out.  The tunes from part one might be my favorite, but the all-around gameplay takes in it two.  Three got even more crazy with an augmented Old man, and a boxing kangaroo. Not sure if Captain Commando was the inspiration for those character choices.  Three isn’t as strong for me personally, but the initial two bring the bare-knuckle pain.  Let’s play now.