Real Talk By: The AX

I fondly remember the days sitting in front of an old CRT TV, with my little brother in our basement. We played a ton off NES games. Blades of Steel, Bucky O’Hare, Little League World Series and Bayou Billy were among the regulars played (to this day I can’t figure out what is going on in Bayou Billy, or get past the first level). Double Dribble was also in the mix; there was a character named Whiz and being 6 years old, I found this hilarious. Beating Super Mario 3 and getting to the last level in Batman: Return of the Joker. These were some of my treasured memories. Fast forward 20 years and the urge to whip it out is back again (take that as you will).
Being an avid fan of all things horror, what better place to start than Castlevania? Um. Any other place. Like, maybe The Legend of Zelda, or Kirby’s Adventure, or Kid Icarus. Of the titles listed, 3 are games. The fourth is loosely classified as an 80’s Japanese method of torture. It was fun until I encountered the first boss.
I should preface by saying that I’m not very good at video games. Played one game of Smash Brothers Wii U with our fearless leader KJ, and unceremoniously quit before the match was over because I may have landed 2 or 3 solid hits on him after dying 3 times. I’m not a good sport; I throw things and I scream. It should then come as no surprise that Castlevania was one of the most infuriating experiences of my adult life, next to using the restroom after handling habanero peppers without gloves. Controllers were shattered, time was wasted, and my heart was repeatedly broken.

Castlevania takes a bit to get used to if you have never played it before. At first I thought the game was super easy because at least 50% of the enemies you killed dropped hearts. How can you possibly die when enemies are constantly dropping health? What’s that you say? The hearts aren’t health, but ammo for your special weapon that you don’t know how to use because you don’t have the manual and consider Wikipedia cheating? What kind of weapons are these! Seriously. If this game is about ridding the world from the allegedly unstoppable evil that is Dracula, this raises a few questions. Namely, how many people has Dracula killed (in total) versus how many human hearts were harvested to utilize the Holy Water which in turn creates even more death. Hearts in Castlevania are like blood diamonds. The allure is hard to resist but you don’t truly understand what is done to garner them in such bountiful quantities.

In theory the game shouldn’t be so hard. Run, jump, and whip [it, whip it good]. Some enemies are easy, like the banshee things in the first level. Hell, even the dogs were easy. They’re fast but they are also easy to avoid if you know the right paths to take. Konami decided to make some enemies so irritating and ridiculous that you can’t help but hate them. I have no idea what they are called, but there are these monkey things that run and jump at rates you would think would be predictable, but aren’t. It’s excruciatingly aggravating to run into a room with full health and a fully upgraded whip to have a monkey jump out of nowhere and follow you until one of you dies. I should note that the game takes place in Dracula’s Castle, which is in Transylvania, which is in Eastern Europe. Why is there a plague of Monkeys in Eastern Europe? I would much rather have them throw their crap at me from a distance than to ruin my streak by following me around. Did I mention there is a level where eagles drop the monkeys on you? Ugh. It was at that point that I began drinking heavily to numb the pain. And don’t even get me started in the flying Medusa head things. They can screw off. Repeatedly.

The special weapons are also very unbalanced. If my memory serves me correctly, there are throwing knives, throwing axes, a stopwatch that temporarily stops time, and the Holy Water. The thing about the pickups is that they are programmed behind certain breakable items and when those items are broken, a specific power up appears. This royally sucks when you are like me and tend to destroy everything in your environment for fun and you pick up throwing knives by accident when you already had Holy Water (which acts similarly to grenades). Many tantrums were thrown and my cat is now afraid to go anywhere near me when I have a controller in my hand. I didn’t dislike the watch unless I had it during a boss battle where it suddenly became useless. Why is Frankenstein all of a sudden above the laws of physics? Who died and made him so special? Oh. Wait.

On that note, the bosses aren’t particularly bad if you have lots of Holy Water and can time your jumps. Frankenstein is definitely the biggest pain but that’s because he has a monkey sidekick. Other bosses include Death, Medusa, mummies, a Bat, and Dracula himself. The best part of the bosses is the nostalgic anxiety you get when you are almost to the boss area; the environment suddenly gets more ornate and bright compared to the previous designs. This is how you know that shit is about to go down (and you will subsequently die 10 times before figuring out a cheap shot that will save your life). Take for example Dracula: he spawns long enough to shoot 3 fireballs at you at one time, and then fades away to do the same. While he is present, you have to whip his head and also avoid the fireballs. As if this weren’t enough, he then transforms into a giant gargoyle (#WTF) and proceeds to jump around and shoot more fireballs at you while taking less damage with every hit you land.

How did I beat this game? No clue. Luck, perseverance, and a twisted desire to be punished are all valid reasons. The saddest thing is that as frustrated as I was, I had a blast. It was great to go back and play a classic with the infamous difficulty of NES games. I died so many times that I stopped counting, but it only made the taste of victory that much sweeter. If you have time on your hands, an emulator (or NES as in my case) and a lot of patience, give Castlevania a go. It’s very difficult, but sometimes it’s nice to have a break from the games today that hold your hand to completion with little to no challenge. 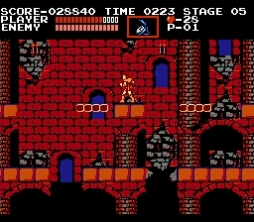 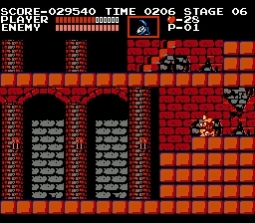 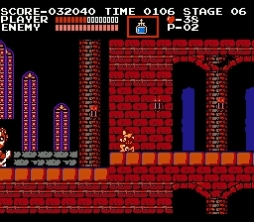 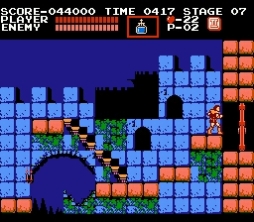 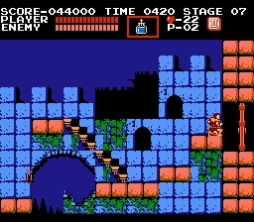 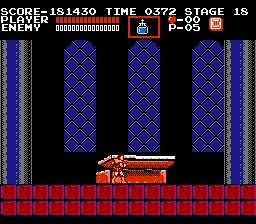 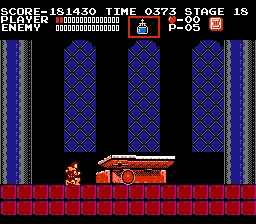 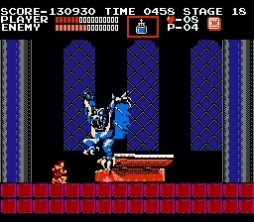 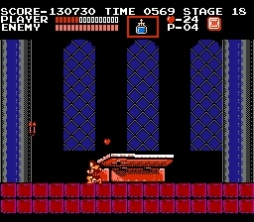 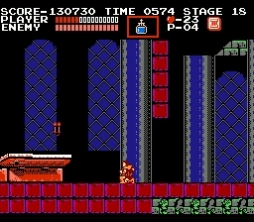 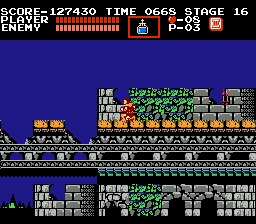 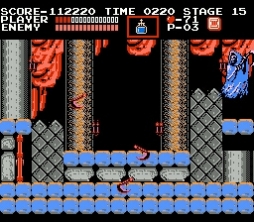 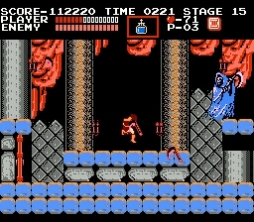 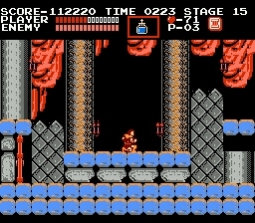 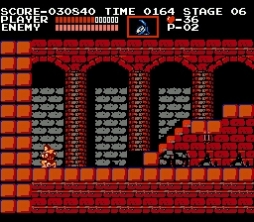 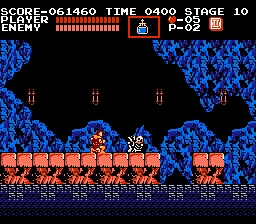 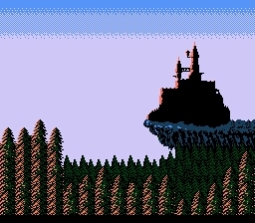 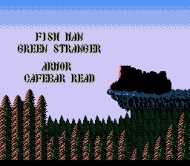 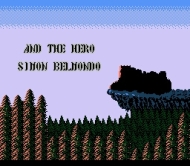 4 thoughts on “I Beat Castlevania NES”