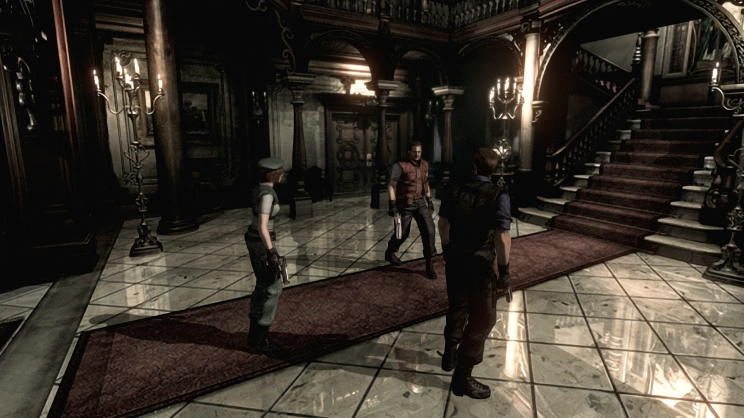 Last week the original Resident Evil title was updated and reloaded for the Playstation 4, Xbox One, and PC.  This isn’t RE’s first rodeo in the remastering arena.  Originally released in 1996 for the Playstation, Resident Evil has seen re-releases on the Gamecube as well, which was a huge visual improvement from its original version.  That remake was eventually ported to several other platforms but we must not have had enough because a little under twenty years later we are still yearning for that original Resident Evil feel that dare I say, later recent releases have been unable to meet.

Firstly, this games graphics are incredible, as they should be.  Any remastered title should have top-notch visuals as far as I’m concerned because well, they didn’t have to make a game so what did they sit around doing if it wasn’t tweaking the original title.  While the basis for this title was most likely off the Gamecube reboot, released in 2002, looking at gameplay footage and screenshots of the PS1 version makes one come to some amazing realizations about where we have come since Resident Evil started.

The main playable characters in the title are taken directly from the more recent Resident Evil 5, another welcome update.  Unfortunately the original and Gamecube remake of Jill, Chris and some of the other characters are starting to look dated.  The uniforms are unrealistic, lacking detail.  The RE5 character inclusion helps set the stage for a beautiful title to come.  The bosses and larger enemies have had a reboot as well.  The look incredible and have slight audio changes that intensifies some of the largely relevant moments in the title.  All of these little tweaks put together help compile a generally well made game.

The HD Remastered version still has some questionable dialogue to say the least. I’ve always thought that it was corny, but nothing compares now to what is was back in the 90’s.  If you recall this game was a mixture of cut scenes that were live filmed and animated scenes in the original.  Thank goodness we don’t have anymore of that.  The dialogue in the original was so bad, it’s hard to translate to the present. Well, at least without taking away some of the classic nature.  All in all I think they did as well a job as they could with having to stick to the original scenes and story line.

Anyone who has picked up a RE title before RE4 knows that the camera angles and controls were questionable at best, and hardly playable at worst.  Some of this was fixed with the updated Gamecube version, but even more has been changed with this remastered version.  The controls are easy to use and it seems like they’ve slightly altered certain play areas to make them easier to navigate.  The camera can still be a pain in the butt on rare occasion, but we aren’t talking about a whole new game here.  The small constraints of the Playstation show through this title, but it doesn’t by any means take away the fun, nor the realization that it’s just as great.  Speaking of constraints, the Gamecube remake had a grenade ammo glitch which could duplicate untold amounts of ammo, I’m sad and happy to say, it’s gone.  You can’t be lazy, save that ammo!

Another improvement to the title is the addition of permanently killing zombies which prevents them from reappearing when you run back through an area.  In the original title, running back through an area generally meant that your zombies would reappear costing you precious ammo and time.  Now, if you burn the zombies using incendiary rounds or a flask filled with ignition fluid, or if you get a head shot, the enemies will remain dead should you return.  This is part of the game strategy and is a must when playing on hard mode or in areas you know you will be frequenting.

The game also includes several different endings dependent on the choices you make during the game, and who you are able to save during your adventure inside the mansion.  I feel that they could have taken a little extra effort toward the different endings.  Several of the changes included major choice differences during gameplay, but then made only minor changes to the ending that were barely even noticeable.  There are also timed run and no-save bonuses to unlock similar to the original which is a nice inclusion into the remastered version.

I am a huge fan of the Resident Evil series and absolutely loved going back to play the first title that started a legend.  The updates to controls, visuals, and zombie kills were fantastic and while there are some abnormalities that seem to translate from the original platform it was incredible to go back to the old ways of Resident Evil.  I’ve had a love hate relationship with the series since the epic release of RE4.  While four was amazing, RE5 and RE6 have just been off base for me.  I miss getting into my inventory and mixing herbs,  and the suspenseful thrill of not being able to pan your camera around the upcoming corner.  If it’s been awhile since you’ve picked this game up, you missed playing the Gamecube remake, or just a huge fan, this is definitely a must buy.

-Camera angles can still be iffy

-Dialogue is corny at times

-Obtaining head shots can be frustrating 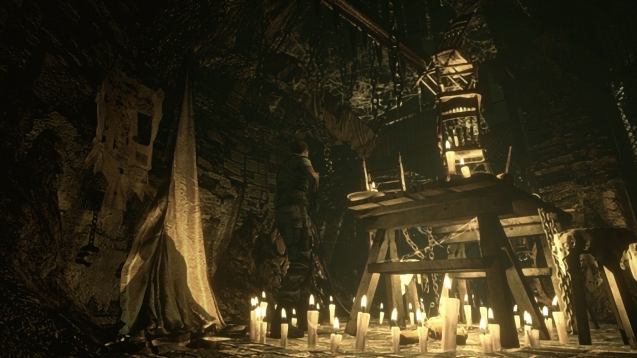