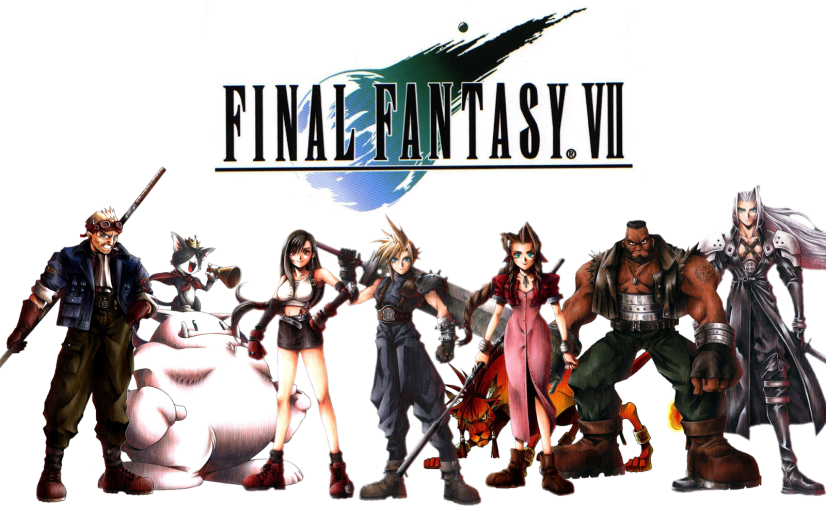 With all the word on the streets about the upcoming FF title, we wanted to take a step back in time and review one of the most well-known ones in history: Final Fantasy Vll.  I along with many others have played this game before, but now that the hype is over, and many years have passed how does it still fare?  For those of you that may have skipped the last decade and a half of gaming,  Final Fantasy Vll was originally released in the winter of 1997 for the original Playstation, and has later been released on the PSN, PC, and several digital outlets since then.

Final Fantasy Vll was a breakthrough title in the series starting off, due to the fact that it was the first game to use 3D graphics, fully rendered characters, and pre-rendered backgrounds.  Part 7 was originally set to release on the Nintendo’s Super NES, and then again on the N64. Due to the incompatible space of the cartridge, Square Enix decided to release the title on the Playstation’s CD-Rom instead.  This may have been a true game changer for Playstation due to the fact that Final Fantasy would be exclusive to Playstation consoles for years to come, and still holds a significantly large fanbase in the Playstation market to this day.

A basic breakdown of the storyline includes our main character Cloud Strife, who is hired as a mercenary.  In the beginning he is cold and calas but quickly breaks down once he begins to unravel his past.  The game includes ten playable characters, each with an intricate backstory.  One of the things Square Enix has always been good at is the story line for the Final Fantasy series, and Vll is no exception.  When Cloud ends up in the slums from an ambush he finds himself intricately immersed with the other characters of the game, and on a mission to find his inner self and take down one of the most powerful men on the planet.

Immediately upon the opening sequences it is clear that this game’s production value was high for its time.  the music and sound effects are beyond most games of the time and beautifully capture the newly renovated visuals of the title.  If you had any doubt about the music in the game, the release of a four disk soundtrack should clear up any questions you had.  While composer Uematsu had to work around the storage restraints typical to gaming at the time, this title’s sound is one of the most memorable for gamers. Not only in the series, but in classic gaming. Period.

The visuals of the game follow the music in just the same stunning way.  A more realistic approach in graphics came to fruition and it is a welcome one.  While several titles failed in the wake of 3D gaming, Final Fantasy Vll prevailed.  The extra storage capacity of the Playstation is excellent for the beautiful full motion video cutscenes and the gameplay sequences are top-notch. When playing the title one might think this had all been done before but the creators of the game described it as a “daunting task”.  With the newness of this type of technology, I have no doubt it was, however, the result is flawless and wonderful. 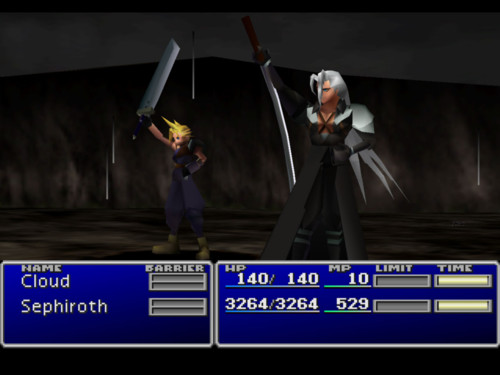 Gameplay was a big focus in this title, even more so than in others in the series.  The story of Final Fantasy had always been a priority when it came to the series, but Final Fantasy Vll would be different in that it was the first one where they would focus on gameplay.  The fighting sequences are mostly menu driven.   While the city of Midgar is a main environment, more of the world opens up as the player advances.  There is an allowance for three party members to join the fight.  The skill system uses Materia, which lets characters use commands, magic spells, and several other abilities. Magic orbs can be placed in slots on weapons and armor.  Depending on what suits the players style, Materia can be used in several combinations for a very personalized approach.

If the rumored remake, original worldwide acclaim, or sale of over 10 million copies since it’s release doesn’t convince you that this is possibly one of the best Final Fantasies in the series, it might be impossible.  While opinions on Final Fantasy titles vary widely,  Vll is one of my all time favorites and still fares well over 16 years later.  It was created with true artistry and emotion and it’s clear that a good amount of effort and work was put into the title.  The music and memory of this game will be with me throughout my many years of gaming to come, and I can’t deny the feelings I still get when traveling through the universe in this classic title.

-The old Playstation controls are sub par at this point, getting a downloaded version from steam or some other source would be ideal.