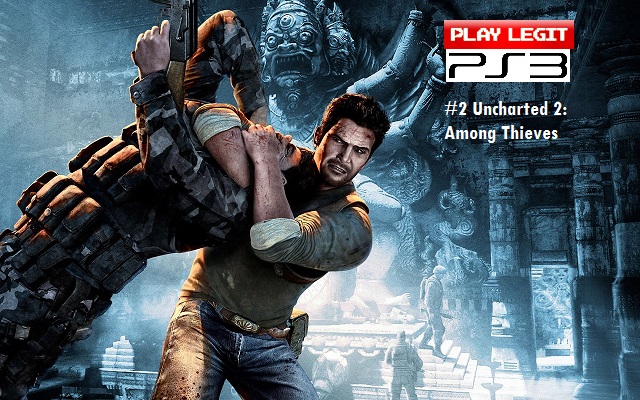 Uncharted 1 was a solid title for the Playstation 3. The sequel that followed, would improve on it in every single way. The cliffhanger opening immediately pulled you into the game. What was to become of Nathan Drake? How did he get himself into that situation? U2’s Story was engaging, with strong performances from the entire cast. It was a quest to retrieve Marco Polo’s treasure. Of course Drake and his team weren’t the only people in pursuit. The narrative was like playing tug of war. Back and forth. Who would get the upper-hand? Uncharted 3 had these elements, but part 2 did it the best. Better multiplayer maps, villains and game pace overall. Also part 2 gave us another action sequence toward the end that is still being talked about. The epic Train Scene. Water cooler discussions would ensue. Many times we would hear from our peers “You have to make it to the train! Real talk.”. It’s all about leaving an impression. Like the next game that would follow, Among Thieves is high on production value and loaded with content. Naughty Dog left us with a blockbuster experience, that is still being talked about today.