March 2014 was pop culture domination. Movie announcements and TV news got us excited. Titans dropped, and Oculus was altered. See what earned Game of the Month/Trailer, along with other happenings in the world of entertainment. Who landed on the Arcade Cabinet? 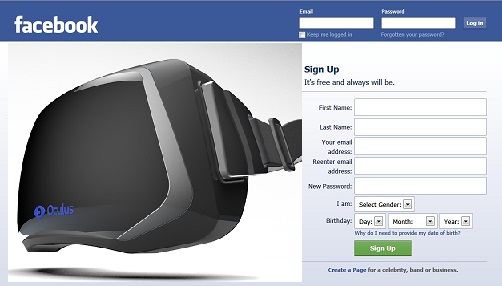 Facebook has acquired the Oculus Rift Technology to use as the company sees fit. This took place in a $2 Billion dollar deal. FB higher ups, have stated that they will let the designers still go about their business without interference. How long will that last? This is a major acquisition any way you look. It’s guaranteed to affect the gaming community, but how about other avenues of entertainment?

I said last week: The heroes’ designs reminded us of The OOTS downloadable game. They look mean and battle-tested. While im disappointed with the shredder character changes (Hiroyuki Sanada would’ve killed it), the flick looks like it could be a fun summer movie. Not sure if TMNT 2014 will topple the original, but being the big Turtle fan that I am, i will give this a shot.

We weighed in on the this trailer big time. Here’s some excerpts for our first thoughts:

KJ: After watching this superb “Father to Son” trailer for the latest Batman Game, we were left with smiles on our faces. Not only did the trailer show some of the characters you’ll battle, but we found out it’s coming this year. Did I mention the Batmobile will be drivable for the first time?

Cmack:  Just this trailer alone was better than the entirety of The Dark Knight Rises. These creators understand so much more than any of the filmmakers, and I mean any, that have ever handled the character. I wouldn’t mind seeing an entire Batman Movie like this.

DC killed it in March. Here is an Infinite Crisis trailer you need to see.

Finally. One of the most influential comedies of all time, (and my personal Chappelle’s Show replacement) returns April 21st. Season 4’s Trailer above is filled with the craziness only found in this show, and features the return of an epic supervillain. Will the long anticipated S4 live up to the hype.

Next to Toy Story, the first Incredibles is my favorite movie from Pixar. A sequel is long overdue. finally, it was confirmed that I2 is indeed in production. Hopefully Frozone will have more screen-time since Samuel L. Jackson confirmed he’ll be back. I wonder who (or what) will challenge this family of heroes. A lot has changed since 2004.