The Japanese have a long history of developing great games, franchises, and consoles, but they also have an even longer history of great warriors, and since the modern technology of gaming and the desire to live the virtual versions of old fantasies often collide, gaming has its share of great samurai warriors.

In researching this article, I actually found that at least as far as I can see, gaming possesses more ninja or shinobi warriors and stealth fighters than it does actual, traditional samurai. Just as a basic distinction, despite what shows up in games, a samurai was a servant to a specific warlord with a rigid, direct code of honor, whereas ninja were more free agents that operated based on who was paying the most, and usually worked from the shadows and disguises. I tried my best to include characters that fit what I felt is the historical definition of the samurai the most, and the characters of this type that stood out.

The only female on this list and probably the least conventional, Baiken is from the sci-fi world of the Guilty Gear series, set far in the future instead of ancient Japan. Although there were never any women samurai in real life, Baiken embodies the fighting spirit of the samurai to a tee, fighting a host of superpowered beings and people with advanced technology with nothing but her trusty katana and a few other secret weapons, all with the disadvantage of having one eye and one arm. Baiken is a clever and relentless warrior, who doesn’t get put off or startled no matter how powerful or freakish her opponent is, a true trait of the samurai. One of Baiken’s win quotes completely sums up her attitude: “What? You want me to pity you? That’s no way to live your life.” She doesn’t expect sympathy for her rough life and wouldn’t give any in the heart of battle either, the samurai mindset.

Yukimura is the only character on my list that is directly based, and not just inspired by, an actual historical samurai warrior. He was a famous soldier that even has a statue dedicated to him in Japan in present day. He has been featured in a number of historical games aside from Koei’s Samurai Warriors, such as Toukiden: Age of Demons, and also a few games you might not expect like Pokemon Conquest. I chose him based off his appearance in the Samurai Warriors games, where is a prominent, balanced character that appears on most of the box art and is something of the series mascot.

Most people associate the samurai with the famous katana sword, however in real large-scale battles on the field, it was more common for samurai to use bow and arrow, or long melee weapons like Yukimura’s Yari, an ancient spear/trident that infantrymen would use in huge ranks against the enemy’s forces. I chose Yukimura because he is also one of the only characters that actually has a master and isn’t a Ronin, making him a totally legitimate, employed samurai who embodies many of the codes and edicts of Bushido, the way of the warrior. In question as to why not surrender a battle where his clan didn’t look like they were going to win, Yukimura said: “Because we are warriors, we live by the sword in service of our clan. That is the way of the samurai. We fight solely to carry out the orders assigned to us by our lord.” Few words could embody the spirit of Bushido more.

Mitsurugi has been one of the prominent, main characters of Namco’s Soul series going back to Soul Edge. Mitsurugi is a strong and direct fighter, consistently being placed at high or mid-tier by Soul series veterans. His masterful use of the katana makes us all feel that when playing as him, we’re embodying the samurai heroes of cinema, bold and strong, with no deception in any of his movements. Although Mitsurugi is a Ronin, a masterless samurai, he has the desire to constantly improve and become stronger, a true trait of a samurai warrior, master or not. He seeks the Soul Edge and Soul Calibur weapons through various points of the series, but eventually reaches the conclusion that the strength of a weapon is nothing compared to those who wield it.

Haohmaru is another Ronin, but an iconic and classic gaming character, having starred in every one of SNK’s Samura Shodown games, and crossovers like Neo Geo Battle Coliseum and Capcom vs SNK 2. Haohmaru is based off the legendary swordsman Miyamoto Musashi, who throughout much of his life was also a wandering warrior like Haohmaru, and said to never have lost a duel. Haohmaru is the most veteran character appearing on our list, a recognizable hero since the original Samurai Shodown in 1993, appearing in almost 20 games, in more aged depictions of the warrior, such as in Samurai Shodown: Warrior’s Rage, we see that as he’s gotten older, Haohmaru trades in his recklessness for wisdom and keen observation about life and his opponents, another way in which he mirrors his historical inspiration, and shows the wisdom component of the samurai way.

I picked Samanosuke from the Onimusha series as our number one, because not only is he an iconic and recognizable character from the series, but he has a mix of all the other great qualities of the other characters on this list. Being inspired by Mistuhide Akechi, Samanosuke does indeed have some historical representation, and at the start of the Onimusha games, he is employed by the Saito clan, giving him a master that he serves, and he also eventually follows his own path and seeks to improve himself, ultimately ending up as a wise monk-like warrior in Onimusha: Dawn of Dreams. Samanosuke has all the qualities and more that make a great samurai, and consistently manages to sacrifice himself no matter the cost and no matter the odds. 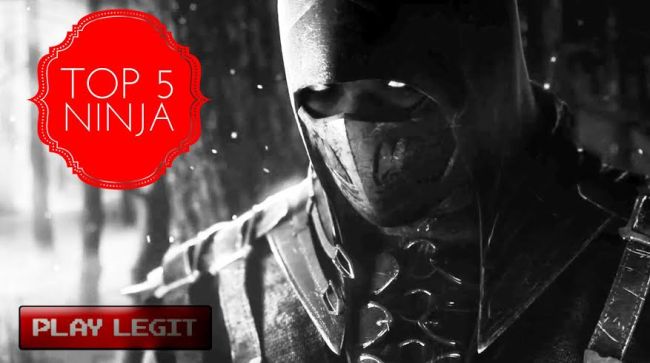 In addition to his loyalty and excellent character traits, as a martial artist and warrior, he has more varied and comprehensive skills than any other character on this list, having been seen in the Onimusha series using staff, spear, single and double swords, bow and arrows, and even a matchlock rifle, which were all historical weapons of the samurai. Samanosuke also shows himself to be a skilled horseman. In the feudal era, it was very important that a high-ranking warrior have these skills down to a science, and despite being one of the most fantasy based characters on the list, it’s the essence of Samanosuke, his character, that makes him my pick for the top samurai in gaming.

One thought on “Gaming’s Top 5 Samurai”