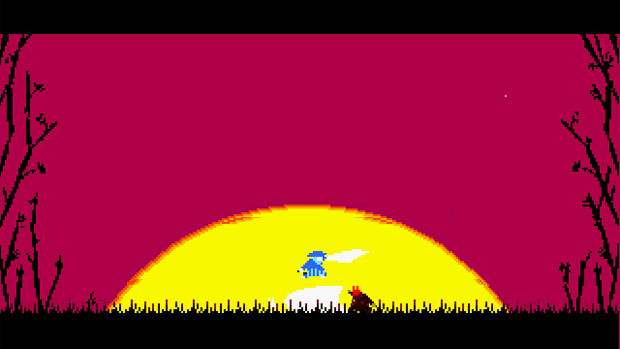 Samurai Gunn is a high energy, fast paced, 2D fighting game, downloadable for PlayStation 4, Playstation Vita, and PC.  The game is set to the backdrop of several vertical or horizontal dungeon maps.  The player must climb their way through epic battles, and bloodshed to reach their goal of becoming the last samurai.  With the flick of a button your samurai zips across the screen delivering a heavy blow to the opponent.

The stages are large, but with the possibility of four combatants coming at you at once, the challenge is quickly noted. Each opponent has a sword, gun, and three lives with which he carelessly attacks you. The game has a slight Smash Bros. Feel with the player constantly on the lookout for another death match on floating platforms.

There isn’t much to say about the graphics, the art style of the game is minimal, and it seems to be this way on purpose.  High end visuals wouldn’t have been appreciated in a game where you’re only focus becomes a fast-paced game of survival.  Any blow with either the gun or sword is one lethal hit but this is easier said than done.  obstacles in the course, quick movements, and high paced skill keep the game constantly moving and ever-changing.  Each players gun has only so many bullets, leaving the strategy open for you tricking them into wasting them.  There are some defensive techniques sprinkled in a well, a well times sword slash will deflect a bullet. 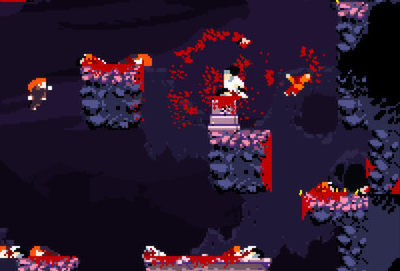 Controls in Samurai Gunn are simply and easy.  There’s the potential for this game to become a button mashing competition during co-op games, but this is rare due to the fact that there is no online co-op.  The Local Multiplayer It’s also part of what makes the title so fun with a party of people.  Most of the time you are playing against AI and forced to use some strategy to bring your enemies down.  The environments force players to take different strategies as well, with some levels creating more likelihood that you will be attacked from the top rather than from the side or vice versa.

This is a game that anyone can pick up and play for a few minutes at a time.  It has some real entertainment value and kept me intrigued for a decent amount of time.  It’s simple and straight forward, and just the type of game one needs at times for some simple stress relief, or group of unexpected friends. 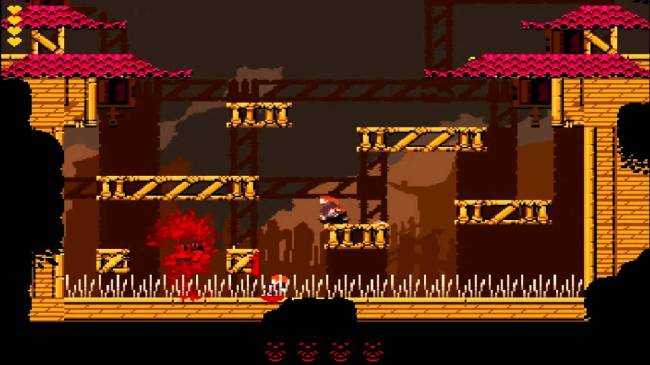