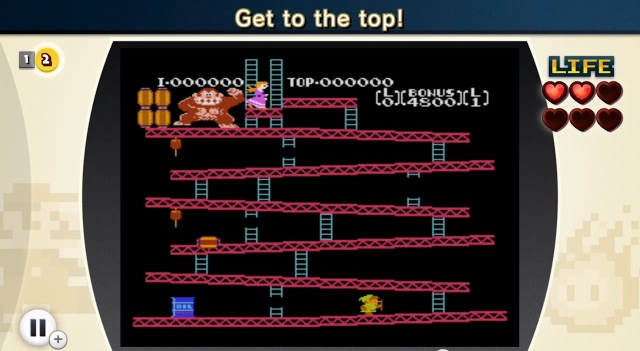 NES Remix takes us back to 1985 with a compilation of 16 classic titles, downloadable from the Wii U eShop.  They provide us with the old school feel by giving us new remixes of lovingly hacked versions of each title.  Instead of 16 fully functioning titles this mash-up has more of a WarioWare feel by having the player complete short simple tasks in a limited amount of time.  The player’s performance is then graded as the next stage is unlocked.  The remixed titles players experience are: Balloon Fight, Baseball, Clu Clu Land, Donkey Kong, Donkey Kong Jr., Donkey Kong 3, Excitebike, Golf, Ice Climber, Mario Bros., Pinball, Super Mario Bros., Tennis, The Legend of Zelda, Urban Champion, and Wrecking Crew.

Each of the titles has small alterations that create a new and interesting perspective to the title.  Some examples include playing as Link instead of Jumpman during the original Donkey Kong. The challenge is that Link can’t jump, and so the player is forced to make it through the madness of Donkey Kong’s barrels while predicting which ladders the barrels will roll down next. There are over 200 combinations of mini-games hidden in the original titles including a quick challenge to kill bowser using only fireballs in the original Mario Bros., making it through original levels on now added slick ice, finding a secret entrance in Legend of Zelda in a certain amount of time, and collecting all the coins on the screen before the time limit is up. 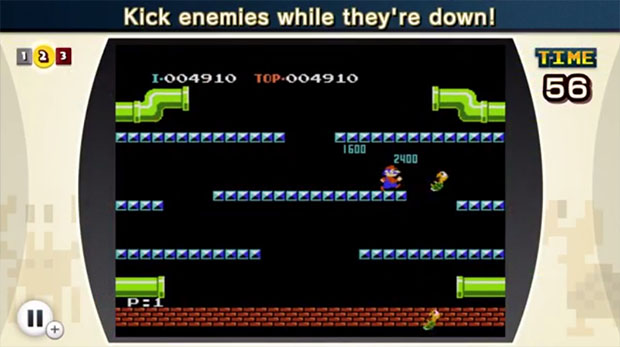 Overall the mechanics and visuals of these titles are unchanged and work just as well as they ever did.  The idea wasn’t to revamp the titles, but to bring them new life with additional challenges and a refreshed perspective.  The game is highly addictive and intuitive, and I could tell there was great care taken in remixing the titles.  The game encourages you to improve and continues to instant restart so the fun never ends and the challenge is constant.   While there is no multiplayer aspect and some of the original controls are just as challenging as ever, this is a title that is worth the download.

+Fresh feel to the titles we love

-Some of the original controls are still tricky 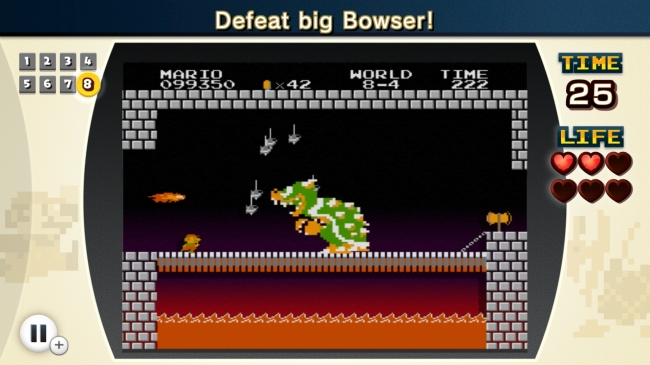 One thought on “NES Remix Review”