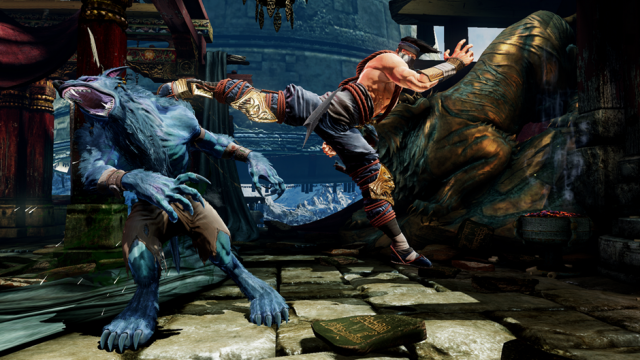 It’s been a while since we’ve had a new Killer Instinct. Players have demanded it for years. Why did it take so long? We have no idea. Finally Microsoft has resurrected the Rare-branded game, and Double Helix is developing. Can they re-kindle the magic of old? Veterans will enjoy the presentation. The Classic Announcer voice, and reworked theme music immediately wrangles you in.

This is a premium demo of sorts. Players can gain access to the few modes available and character Jago. All of which for free. However, other characters are $4.99. Get all 6 bundled for $19.99. Lock yourself in for the rest of the characters coming next year, and a digital copy of the arcade original for $39.99. So the game eventually flips into a nice deal when you think about. Still a bizarre pricing structure nonetheless. Are you cool with this business plan?

What is available on the character side of things including Jago we have: Chief Thunder, Orchid, Sabrewulf, Glacius, and newcomer Sadira. She fits right into the title. Her spider-web abilities are great for trapping enemies, or causing confusion. Gameplay feels incredibly balanced. A character out of the group will meet your specific fighting needs. One of the few modes out is ‘Dojo’. Not unlike Street Fighter IV’s Trial mode. We suggest going through it before stepping online. KI’s Dojo will actually break down the frame data for each move. Crucial for competitive battles. Hit boxes can be turned on to surround each character. Fight nuts can break down everything. Progress through the challenges and observe the complexity of each fighter. Learn combos and how to defend against them. Otherwise expect many losses. 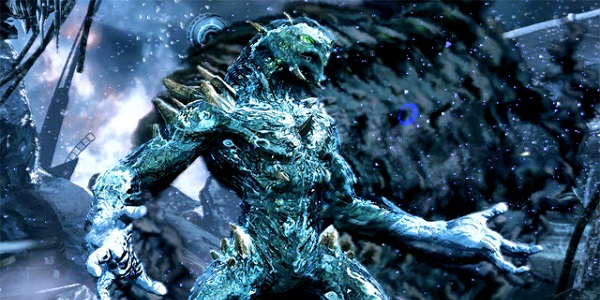 We know that the core game-play is fantastic (60FPS). Everything else is barren. No Arcade or Story mode. Not yet. That content is coming. An endless Survival mode pits you against the cast giving opportunities to earn in-game points. The earnings can be used to buy more costumes for each. Unlock music and concept art. Titles are available to players. Any recent Capcom or Netherrealm fighter has this option and KI is no different. Trials are missions ranging from very easy to extreme difficulties. Some Character specific, others can be completed by anyone. For example “land a 10 hit combo with Thunder”,”Win 2 Online matches in a row”. The goals are displayed on the main menu screen. Players can pick their poison.

The character models standout. Costumes overall, look exceptional. See the detail in clothing, the shine on armor. Stages look immaculate. Lush colors. No corners were cut in this regard. Glacius’ level shows dazzling ice effects, a crash landed ship in the background, and ferocious winds. The big story here is the steady frame rate this game maintains online or off. This is an absolutely smooth fighter. When players launch their projectiles or do other power moves, it’s all impressive. Jago’s endokuken lights up the screen. As the blast disintegrates you can see every little particle hit the ground. The visual-chaos is reminiscent of geometry wars. The combination of detailed effects, fast gameplay, and intricate levels, all works. Next-Gen fighting is something we can get used to. 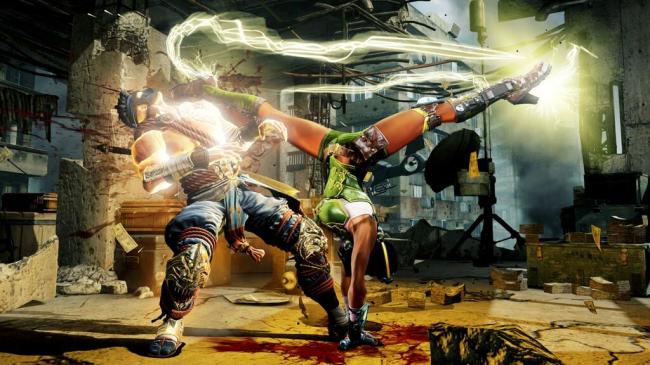 With the Xbox One’s improved D-Pad, performing moves has never been better. Gamers of any level will be able to do some great things. Ultimately KI has, and still caters to the hardcore. The combo game has never been so intense. Land massive flurries. Start one, delay it, start again. Enemy players have a combo breaker ability. Going with a straight rush of attacks, could give your opponent a chance to crack it. Making your chain last without it being broken, and you can lock-out the other player. They’ll be forced to watch as you lay the smack-down. It really depends on your skill level how far you can go with it. Don’t forget about the ‘Dojo’ Grasshopper. Getting 100 hit combos and beyond is a possibility. The background music adjusts with the fight. It’ll Intensify as your combo rises. It’s on a movie scale. Just another presentational touch that is much appreciated.

Understand paying in full now, only gets you a part the of game. Good news, the rest is on tap. Also Double Helix is taking notes throughout the process. Expect quality updates for game content and combat tweaks. While we would have preferred waiting for the full game, it’ll be interesting seeing how this approach pans out. Wish MS would have tried this experiment on a game that we weren’t waiting 17 years on. For a title that relies heavily on Online play, its shameful multiperson lobbies aren’t here. We simply cannot give the game a higher score, despite its monstrous potential. 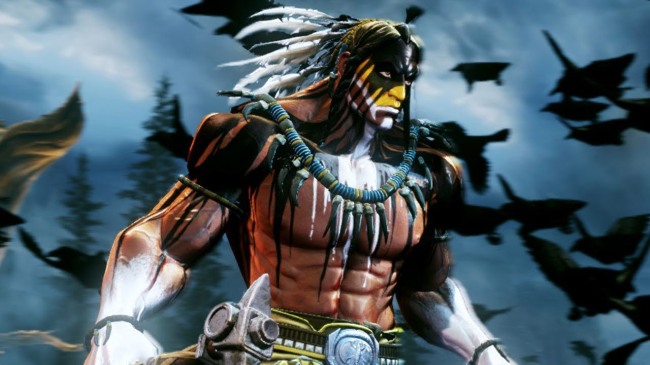