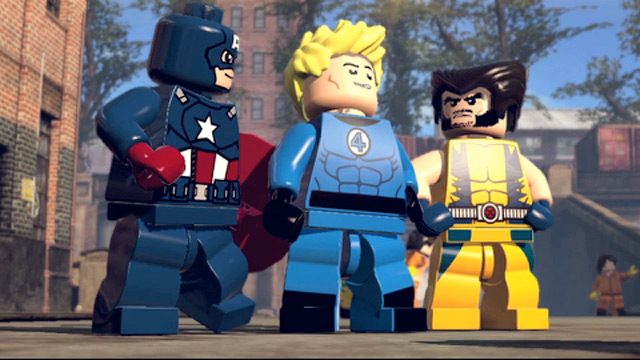 The fun of Marvel’s series of characters in a Lego franchised game, what could go wrong? The Marvel universe, with its vast of villains and heroes, leaves fans of each side with something to look forward to in the latest Lego game, Lego Marvel Super Heroes.  This cross-platform title pleases both the fans from both the gaming and comic world.  The cast of playable characters is immense featuring multiple costumes for several characters as well as an impressive multitude of powers.

If you are familiar with the Lego games you’ll be familiar with the controls and once again they are well done.  At this point the controls are super flawless and the player all but forgets them, which of course in the world of gaming is as good as it gets.  Keeping with the theme,  large characters such as the Hulk are able to move bigger objects while, Cyclops can melt ice or gold, and Spiderman’s webs pull special triggers.  The formula remains the same, but then again why wouldn’t it? It works well and I can’t say that I’d change anything about it. When it comes to combat button mashing is your best friend, but thanks to a few tweaks, moving from enemy to enemy, has become easier and more effective.  By building up the combo meter, players can increase the Legos they collect allowing them buy more characters.

The blocky visuals of the game are well done and supported with plenty of comic relief.  A large array of vivid colors and hilarious laughs follow our super heroes where ever they go and keep the flow of entertainment in good pace.  The scale of the world is massive and is shown well during the first few introduction cut-scenes where Silver Surfer flies past the stars at incredible speed eventually crash landing on earth prompting the Avengers and S.H.I.E.L.D. to collect the pieces of his surfer.  No matter what character you are playing as it seems like the collectathon and scope of the land in huge.

Unfortunately sometimes the “bad guy” segments seem to get a little generic.  Because there are so many characters the focus went into the atmosphere surrounding the heroes and not so much the villains.  Although this is somewhat off-putting, fans of the series will find the familiarity somewhat comforting when it comes to the puzzles, button mashing combat blitz, and free play through the environments.  It’s easy to see what direction the player needs to take next, however, there are always several interesting ways to get there, which keeps the player guessing and happy. 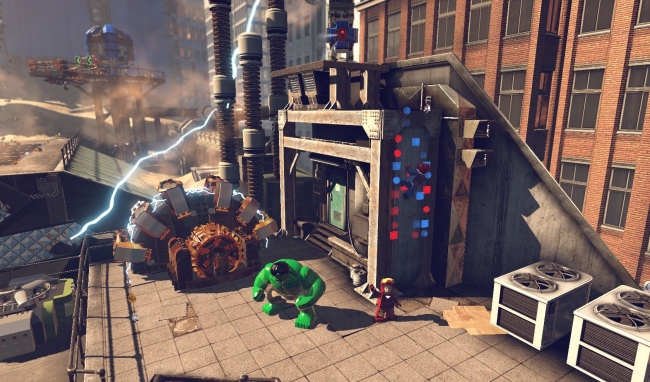 The best part of the game for me was the Marvel throwbacks.  (this is Ms. Throwback after all.) Nostalgia takes form around every corner with references to rare characters or jokes about 20 year old stories that warm the heart.  The history and obscurity packed in the game can only make me smile, not just as a video game nerd, but as a comic book nerd.  Whether you are a fan new or old, there is something to be enjoyed in each and every moment of the game’s story line.  Nostalgia and witty jokes enlighten us and create and addiction that any player will be hard pressed to find elsewear.

My heart was poured out in this game and I believe anyone that plays it would find the same thing.  While some segments were a bit repetitive, the story line and comic relief were so enthralling that one would hardly notice this small hindrance.  Couple that with the always fantastic Lego visuals, simple to use controls, and addictive collectathon action, any player is sure to get sucked into the vortex of amazing that this game exerts.  While sequels are usually this industry’s worst enemy, I would be more than happy to see one in the future.

-Some Boss Fights are Repetitive 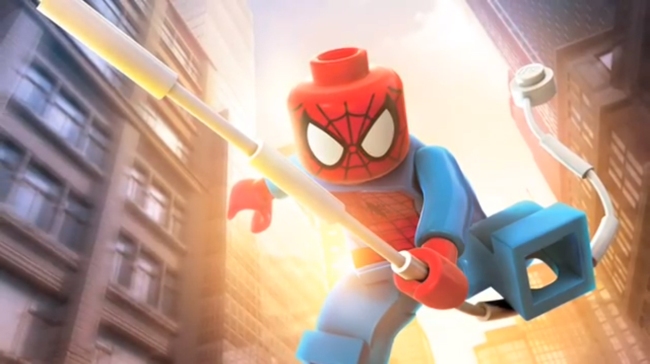