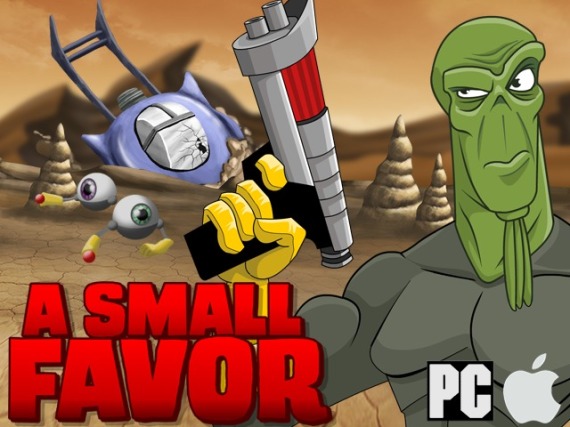 Earlier this month, PlayLegit got together Steve Castro of ClickShake Games. We discussed our favorite childhood games, working in the game industry, and ClickShake Games’ current project, A Small Favor!

Steve, the programmer and game designer, runs ClickShake Games with Jay Ziebarth, the animator and storyteller. Steve described A Small Favor as a casual adventure-exploration side-scroller, influenced by Jay’s interest in point and click adventure games and his own interest in action side-scroller games.

The item focused game will feature a linear ‘A-quest’ story line as well as a ‘B-quest’  for side searching and extra exploring. Steve and Jay also want players to interact with the world in a different ways, and realized that their actions effect how NPCs will react. For example, pulling out a weapon may cause a villager to become hostile, while talking first may have allowed to you to get more information. Items gained throughout the game, like security badges and tools, will influence how players navigate the story and encourage them to re-explore earlier levels to find more hidden items.

We can also look forward to a variety of maps- from glittering cities to shady junkyards -showcasing the rich back story of this dystopian world. Steve also let us glimpse the early stages of underground map, with slum houses suspended from tree roots on a cave ceiling, where commoners fish from an underground lake using a pulley system (which acts as a ‘ladder’ in the game). There will also be technological elements in the maps to make each area unique, plus gritty and mysterious music! Its something fun for everyone with a rich story, with an open field.

We’re only two people. Trying to spread the word through Kickstarter, and develop the game at the same time, its tough juggling both.

Start learning everything you can. Take small steps.

I like to do a little parkour. We jump from rails to rails, just doing things to stay active!

ClickShake Games plans to release A Small Favor this October. To support the project and find out more, visit the KickStarter Page. Only one day is left of this campaign!

ClickShake Games has over a decade’s worth of game design and development experience, and the team has been working together since 2009. Experts in Adobe Flash games, they have published online, downloadable and mobile games. ClickShake Games is based in Columbus, Ohio and Hamilton, Ontario. 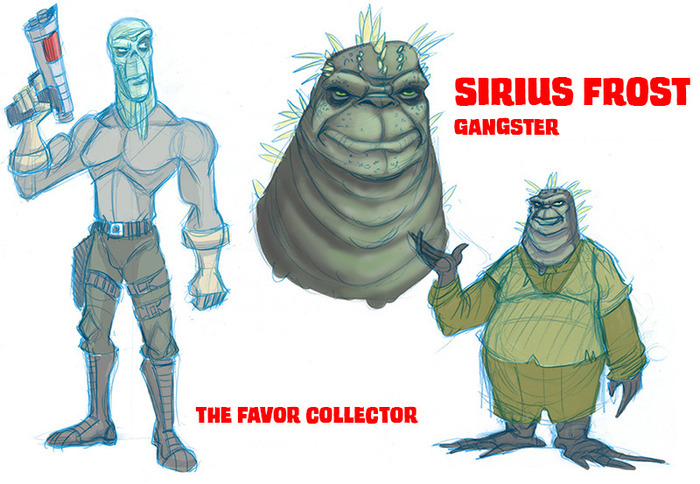