Over the years Nintendo has used Yoshi to experiment with ideas in the Mario universe. Tilt controls, the only first person Mario shooter, and many puzzle games have been graced with Yoshi’s presents. Yoshi has been an absolute favorite character of Mario fans everywhere and as such we owe Yoshi a top five.  Here are my top five Mario games.

Originally released in 1993 for the NES and SNES and then again on the Wii virtual console in 2008 Yoshi’s cookie gained popularity as a puzzle game themed around Yoshi.  Much like Tetris and other puzzle games pieces or “cookies” fall from the sky.  These cookies fall in rows unlike other puzzle games where individual pieces fall.  These rows can then be manipulated and turned to form columns and rows of like cookies that will be collected by Mario and Yoshi in his cookie machine.  While this title isn’t a complete breakthrough for Yoshi, the game is fun, entertaining, and presents a challenge unlike most other puzzle games.

Yoshi’s Safari is a rail shooting super scope light gun game released in 1993.  One fun fact is that Princess Peach is first refered to by name in this game, adding to the realism of the Mario story over its lifetime.  Yoshi’s Safari is also a first person shooter, using the perspective of Mario riding on Yoshi’s back while the player uses the super scope.  As you ride along Yoshi’s universe classic goombas, and koopas can be shot out of the air.  Each level presents a new challange and it’s an interesting change from traditional Mario and Yoshi games.

Yoshi Topsy Turvey was released in 2005 for the GameBoy Advance.  Using a tilt sensor built into the cartridge of the game, the player could turn the GameBoy and manipulate the environment. Although this was still considered a platforming game, the tilt controlling also added a significant amount of puzzle solving to the series.  Not only did tilting cause the environment itself to turn, but it also caused enemies or other objects to slide across the screen. Although the title was short and not well accepted upon release, I absolutely love the game.  It not only gives gamers the idea of what Nintendo would have in store in the future but the storybook outline is lovely and contributes to future Yoshi titles.

In 2006 Nintendo had one of the best throw back moments they’ve ever had.  Yoshi’s Island DS, a game based on the popular 1995 SNES title, was released. Yoshi’s goal in the game is to rescue baby Mario, Wario, Peach, and Donkey Kong who have been kidnapped. The babies each lend a respective hand to Yoshi in his travels through Kamek’s dangerous island. Multiple colors of Yoshi’s are guided through traditional 2D platforming stages, sometimes turning into different vehicles, and using the baby character powers at his disposal. Instead of a traditional life bar, when Yoshi is hit, the baby falls off of his back and must be recovered in a certain amount of time to continue his quest. The art style of the game is also notable.  Yoshi’s Island resembles a drawing or water color painting.  It is visually appealing and a beautiful work of art.  The only complaint about the game is that it could’ve been a bit longer but considering the quality, this gem still makes it into our top 5. 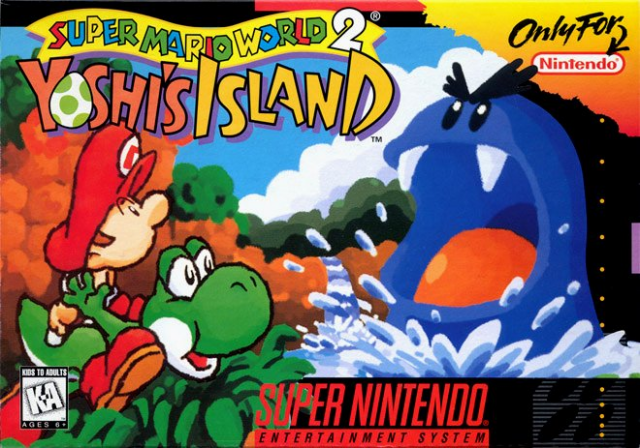 Mentioning Yoshi’s Island DS in a top five format without the SNES version of Yoshi’s Island just wouldn’t be acceptable.  The original Yoshi’s Island released in 1995 for the SNES and then again in 2002 for the Game Boy Advance system.  Super Mario World 2: Yoshi’s Island actually takes place in the Mario timeline before any of the Super Mario games which explains why Mario appears as a baby.  With 4 million copies sold worldwide the original Yoshi’s Island is arguably one of the best loved Yoshi titles, if not Mario titles out there.  Breakthrough graphical and artistic style for the time and a beautifully well done plot gives this game something to be remembered by. The Gameboy Advance version featured some extra secret levels and if an allotted number of points were earned in it’s 60 levels a second secret ending will be revealed.  Ever since the introduction of Yoshi as a character in the Mario franchise players had longed to play Yoshi as the main character, Yoshi’s Island gave them that chance and was a truly exciting addition to the gaming community. 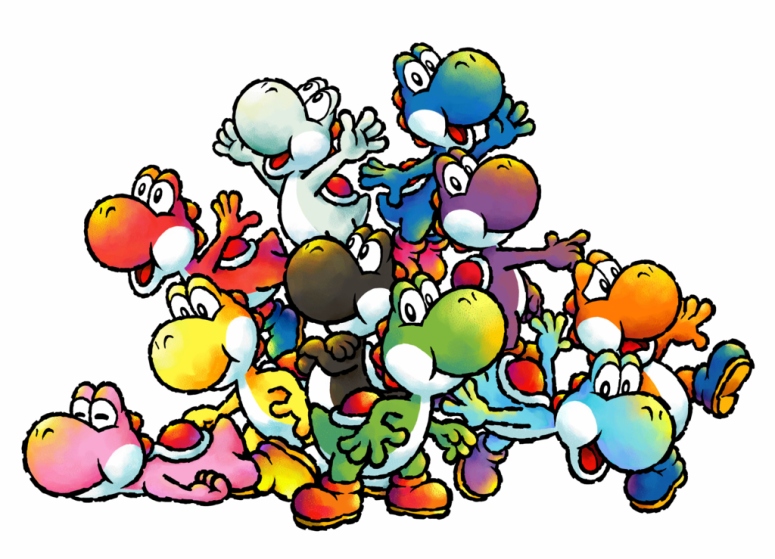