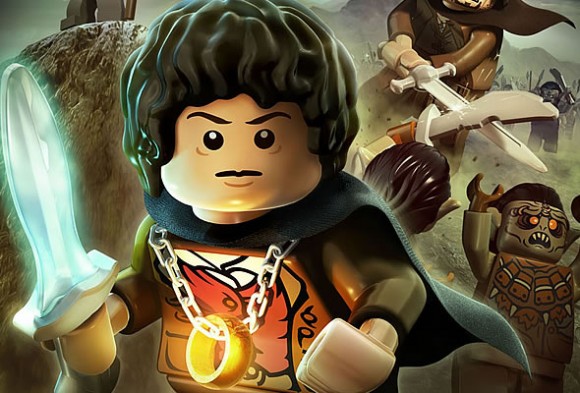 Traveler’s Tales is on a roll with its Lego games. We’ve seen Star Wars, Indiana Jones, Pirates of The Caribbean, and even Batman get “blockified”. Newer titles have included improved visuals and voice acting. Lego Lord of The Rings is no different. Could this be the most accurate representation of the classics? All three movies are brought to life with the films’ outstanding soundtrack, and voice acting.

Dialogue is ripped from the movies. There’s something comical about a Lego Gandalf yelling “You Shall not Pass!!” Some of the more violent scenes from the films are still included in the game, but lightened up so its cool for the kids. Adults wont even mind, because the changes that were made are quite comical.

Still no online play, but two player coop exists. Work together to solve puzzles, and fight Sauron’s evil forces. It’s of course tons more fun with another player, but just like the previous Lego outing, the split screen can get out of hand. It isn’t a deal breaker, but another approach to this style of play would be great. Its gets a little chaotic during boss fights. Stray too far away, and the screen will split.

As the fellowship is formed, players will need to switch between multiple members to get ahead in the game. Sam can make fires, Gimli breaks stuff, and legolas reaches places others cannot due to his athleticism. Both players can travel middle earth. Exploration is key in this game if you want the main goods. Finding special parts, can help earn new gadgets the blacksmith can design in the local town, and more characters will unlock along the way.

Middle earth is expansive, and gorgeous. While Lego-pieces aren’t going to look better than this, the environments you traverse look absolutely amazing. This trend started in Lego Batman 2, and it most certainly continues. The game accurately nails the films locations, and it’s just cool to see it all in lego form. Major fans of the movies will continue wondering how each important moment of the movie translates to this game. This adds a lot more to the experience.

The campaign is lengthy, players could easily get 12 hours out of this. Part of the reason the game nails the epic feel of the movies, is its action sequences. This Lego game has the best designed boss fights. QTE’s and a bit of stealth even, it’s all here and it works pretty well. When Frodo puts on the ring, its handled in this game with style.

This Lego adventure might be the one to rule them all. It offers variations in the gameplay and brings the full theatrical experience in LEGO form. TT found ways to still show the violent moments, but made the right kid friendly changes so the game is still enjoyable by many. We could use online coop, but as far as movie based games and titles for the family goes, this is a safe bet and a rock-solid buy.

LEGO The Lord of The Rings Gets

+Does a good job reenacting the movies