Doppelgangers, Evil Twins, Clones, and Imposters, these malicious beings are usually hell-bent on destroying the lives and/or replacing the person they’re impersonating. These negative mirror images usually fight the original with equal strength, and in some cases they are stronger, hinting that because they are evil they have no line to cross and they can reach their true potential a lot easier. In honor of Halloween, here are our favorite evil counterpart characters:

Mario being the epic icon he is, naturally there are gonna be haters who want to ruin his life cause they so jelly! Wario is the exact opposite of Mario in every way and hates the little plumber from that happy-go-lucky smile under his groomed mustache, to the shoes he used to stomp his enemies. An alternate shadow of Mario is…Shadow Mario. This jerk runs around causing chaos for Mario by literally making a mess all around Isle Delfino in Super Mario Sunshine. Mario and friends just wanted to vacation with some fun in the sun, and then not 10 minutes after they land; Mario is arrested for possession of psychedelic drugs…and for the crimes of Shadow Mario. After the trial, he is sentences to some community service, all the while trying to clear his name. [Spoilers]…Shadow Mario is actually Baby Bowser seeking revenge on Mario for stealing his mom (Princess Peach) from his dad…

Solid and Liquid are Twin Snakes created by The Patriots, of the same Big Boss. (Out of context, none of that makes any sense!) The two brothers were clones from Naked Snake or “Big Boss” and Liquid harbored some hatred for the people responsible for his creation, so naturally he wanted to destroy them all, and also kill his brother since he found out that Solid is the clone that had the “Superior Genes” where as Liquid had the “Recessive Genes”, this made Liquid want to surpass his brother and “Father” to prove himself as superior to both Snakes. After a bunch of death explosions and badass fight scenes, It is revealed after his death that Liquid was actually the superior clone, and Solid had ironically defeated him and achieving Liquids ambitions.

Alan Wake is a writer, who needed a vacation to clear his mind, since he was having major writer’s block, so when his life takes a turn for the worse when he reaches Bright Falls, regardless of its namesake, everything gets extremely dark as the town is overrun by a dark force that lives deep beneath the lake where the famous author was staying. After his struggle with the darkness and many revelations, Tom the Diver tell Alan that he has to go into the Dark world and confront the darkness on it’s on territory, and while he’s gone there will be a look-alike who replaces him in the real world, known as Mr. Scratch. This Dark Version of Alan is just that, all of Alan’s negative traits all in one being who wants nothing more than to drink, have fun, and murder people just for the fun of it. 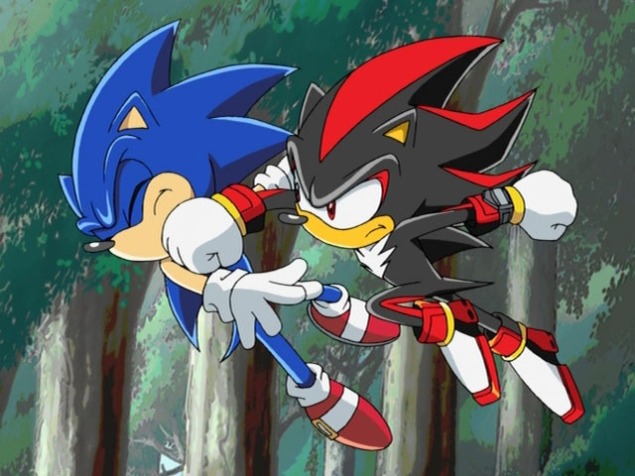 Sonic is the fastest hedgehog around, and Shadow is a genetically created hedgehog who can’t physically age and was created by Dr. Robotnik 50 years prior to him meeting Sonic. In a way Sonic is the copy, since Shadow was born first, but Sonic being the true blue hero he is, and Shadow being the emotionally driven antihero who just wants answers, and that they look-alike and are often mistaken for each other, these two are considered two sides of the same coin, and match fists and speed whenever they get the chance, unless the circumstances are dire enough to force them to work together.

Son’s of the Demon Knight Sparda, These twins are also half human and half demon, and their supernatural powers come from the demon blood of their father that runs through their veins. Dante kills demons as a mercenary in the human world, and Virgil wants to embrace his demonic side and become powerful like his dad, but to do this he must reopen the gates of hell which his dad sealed 2,000 years ago, and also to do this he needs the missing piece of his amulet which his twin Dante has, Thus begins the sibling rivalry as Virgil wants to gain power even if it means harming the human world and his brother, and Dante wants to protect the human world even if it means embracing his demonic side.

The Symbiote has a few origin stories so I won’t go into it, but basically it’s a symbiotic creature that fuses with its host and brings out their darker self, it attaches itself to Spiderman and falls in love with him immediately because of the powers Spidey has, but when the Web Head reject the symbiote, it latches on to others and tries to exact revenge on Peter Parker, most notably it fuses with Eddie Brock and they become Venom one of Spiderman’s strongest enemies. In one of the games after Spideman defeats Doc Oc, the Symbiote fuses with the unconscious doctor and starts destroying the building and everything in its path to kill Spiderman.

Hey Listen! Dark Link matches Link in all his abilities and they fight in most of the iterations of Link’s life. Most versions of Link’s Shadow are Left Handed, which should be made public to all those who live in Hyrule, that way if Dark Link starts trashing the place, people can tell the difference…cause obviously the darker tones in his wardrobe and pigment just isn’t enough. 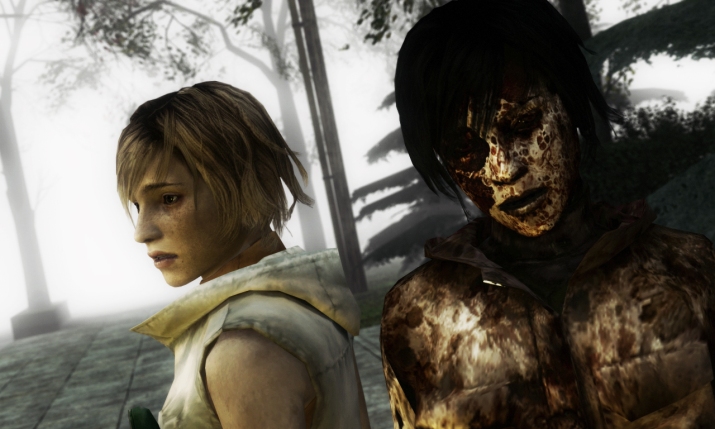 Heather Mason is the adopted daughter of Harry Mason who was the protagonist of Silent Hill 1. Heather is actually the reincarnation of Harry’s first adopted daughter Cheryl and Alessa, who is the daughter of the antagonist in SH1. Heather was reborn at the end of Silent Hill 1 with both Cheryl and Alessa inside her, 17 years later Heather is sought after by a religious order from Silent Hill to create “God” which they also attempted with Alessa back in SH1. Eventually Heather faces The Memory of Alessa and has to fight and kill her. Alessa appears with tattered cloths that look like they were created by a Silent Hill seamstress, and her hair is black. Now most of the time a change in hair color in an Evil Twin seems to be just another “its cause they’re opposites” thing, but actually Heather’s hair was originally black too, but given the supernatural circumstances of her birth, Her adoptive Father Harry died her hair Blonde, to avoid the attention of any Evil Religious Cults who want to kidnap her…and we saw how great that plan turned out.

Clank-Klunk (Ratchet and Clank: Up your Arsenal; Secret Agent Clank)

Clank is Ratchet’s sidekick and best friend, at one point in up your arsenal, Clank is kidnapped by Dr. Nefarious and replaced with Klunk, who looks just like Clank, except Klunk has red eyes instead of green, but he can change that on command to deceive Ratchet, who takes a ridiculously long time to realize that the robot riding around on his back isn’t who he says he is. Klunk is also the main villain in Secret Agent Clank for the PSP, and manipulates Captain Quark into doing his bidding.

Dr. Zed Helps you out in Pandora and provides you with various tasks to complete so the area can be a safer place. He gives off that crazy murderous doctor vibe right off the bat, and is never really seen with other humans besides cadavers. Dr. Ned (who totally isn’t Dr. Zed) on the other hand, seems like more of a people person, He used to have two lab assistants one of which he speaks fondly of and reminisces about his hunch back after his death, but he hates his new assistant, so he gathers up the remains of both and creates one super assistant from two dead one. Dr. Ned  is also inadvertently responsible for a zombie outbreak in Jakobs Cove.

Scott and Nega Scott (Scott Pilgrim Vs. The World: The Video Game)

In Scott Pilgrim Vs. The World: The Game, Scott confronts Nega Scott who has more abilities than Scott (depending on how much you level grinded up to that point) and will try his hardest to put you in one of those graves in that level. In the comics Nega Scott represents all the responsibility that Scott is trying to run away from and forget since he doesn’t like dealing with things that make him feel bad, he usually runs away from his problems and forgets them, so where most people would think that Nega Scott is just another murderous Evil twin, He’s actually supposed to teach Scott to own up to his mistakes. Helps him remember all the harm he has done to people in his past as well. Whereas the movie just threw Nega Scott in the end with seemingly no real purpose.

Jin carries a Devil Gene inherited from his Father, and Eventually gets possessed by Devil, and becomes Devil Jin. Sounds like more of an inner turmoil type of thing, given that it’s a transformation rather than a physical being that Jin must confront, even though you can pit the two against one another.

There is no particular order to these because they all have their own special qualities, and they all tell the story of a person who must face his/her darker self and overcome the darkness, except in some obvious cases where they gave in to the darkness and decided to go evil.

Who is your Mirrored Mischief Maker?