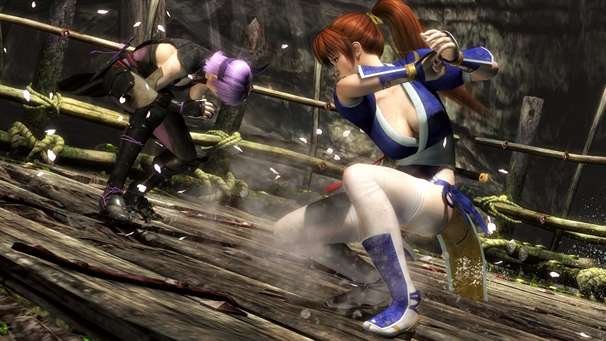 Dead or Alive 5 brings us back to the high-speed, reversal based combat the series known for. New characters fit right into the roster with our favorites, and bring unique styles to the table. Mila is an MMA based fighter who makes opponents pay for mistakes. She might be one of our top fighting game characters, period. Armbars, Take-downs, and Muay Thai strikes, make her tough competition. Rig, is a construction worker with an unorthodox style. He combines kicks and punches in unique ways. Akira, Sarah, and Pai are the guest characters from Virtua Fighter. They mesh into the game with positive results. you’ll notice VF cast members are a lot quicker this time to keep up with the DOA folks. Will there be a complete cross over game in the future? DOA vs VF?

The fighting feels smoother than ever. The engine is deep. Every fighter has a ridiculous amount of moves. you really start to appreciate the fluidity of the techniques, after using a character for hours. The Training mode is a great tool, it breaks down the frame count, damage, ext.

Story is filled with foolish cut scenes, many are clearly filler segments. The last scenes of the story start to make a little sense, but the whole thing is sloppy. Zack is rounding fighters up for the Dead or Alive 5 tourney. In between this, a new threat emerges, leaving Helena’s DOATEC company in danger. The mode will last you around two hours, three for those that can make it through the pain. There’s good that comes out of this. Each fight has a bonus objective outside of knocking out your opponent. For example, The game well tell you to land three reversals, or block a certain amount of strikes. To receive the credit for achieving those goals, the player must still come out on top within the match-up. So this adds a challenge to the story mode, since every fight is only one round, and fairly easy for the most part. Still, you should Play this mode to unlock more characters and costumes. There should have been more Haybusa, and less BS.

Multiplayer Lets you hold lobbies with 8 fighters (spectator mode is present), and even 16 players where you can hold tournament matches. The online pass rears its ugly head, but unlike Tekken Tag 2, this features a two-day trial which begins the moment you login. fights are smooth for the most part. A couple matches I played, you could notice a bit of slowdown, but not to the point where it would cost you a match. Single player and tag fights are available to the fighter. It’s shame they share the limitations as TT2 in this department. Four people cannot play simultaneously online, but you can off.

The tag is still fun. Linking combos between partners and finding the best tag grapples is part of it. A way to maximize this mode, it to boot it up on versus mode. When picking your opponents and stages, set both to random. Just like past DOA games, every time you rematch, it’s different enemies and different levels. This will add more fun to the offline experience.

Other than the Story mode,  players can complete in Arcade, Time Attack, Survival, and of course Versus. More Arcade difficulties unlock as you keep beating waves of opponents. The A.I. gets intense. Controller tossing tough. It’s never a game problem. “You must train harder grasshopper”. Utilize the games features. Side stepping has become a major tool in avoiding painful attacks, but there’s another technique new to the series. Everyone has The Critical burst. It’s a charge attack that will send your enemy packing. The person using it must be at 50 percent or lower. Tons of fighters include this comeback feature, but im glad to see this is on the more balanced side. 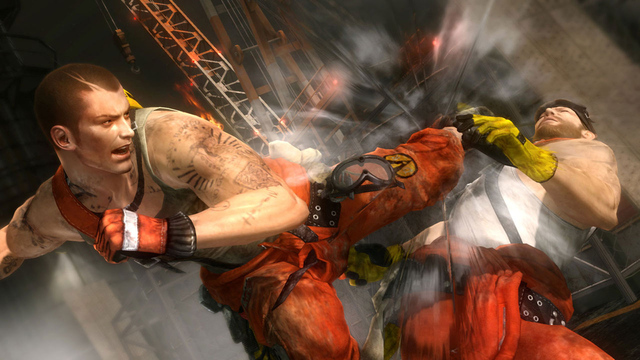 Extras include a replay feature, where a serious player can rotate the camera and analyze where they went right or wrong (pervs can..well you know). Snap still shots, Upload, Save replays, it’s all here. Levels are a mixed bag. Half of them are generic affairs, while some are well thought out. One sees players fighting on a live battlefield, with soldiers waging war. Another is in a construction area, that is breaking down as you fight. Players need to constantly move around, and watch out for debris. One stage pays tribute to Bruce Lee’s Game of Death film, this earns the game a plus in the eyes of this martial arts fan. I wish there would have been more engaging stages, because some feel thrown in. The Carnival level doesn’t work for the game at all, neither the BGM. Dead or Alive 5’s soundtrack is a mixed bag overall. None of the tracks will lift you off of your feet.

Dead or Alive 5 does enough to be considered a sequel. It helps guide new players into the fold, while hardening veterans of the series. The new characters and VF add-ons fit right in, and the online is deep enough to keep players occupied for a while. Disregard the Story cut-scenes, play for the unlockables. Team Ninja put forth a strong effort in the fighting engine, it really shows. Itagaki has left, but this game is here, and its alive!

Dead or Alive 5 Gets

+In depth fighting system gets deeper

-Story mode is a head-slapper 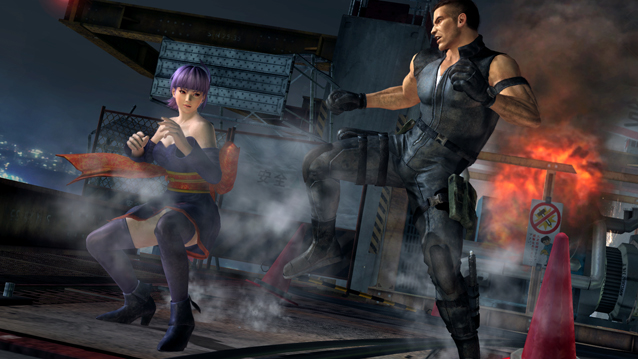