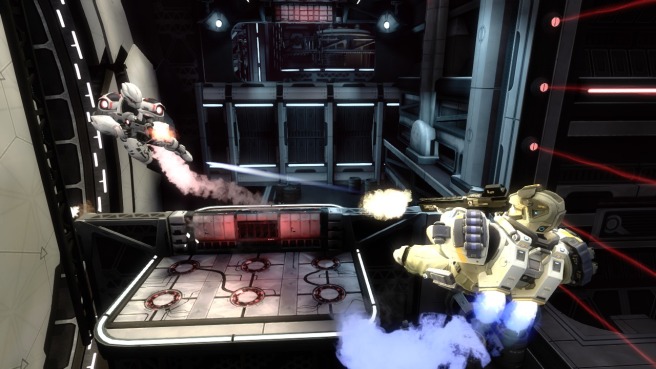 5th Cell takes a short break from its innovative Scribblenauts series, to bring us Hybrid. This third person shooter is all cover based. Players who rely on cover tactics within their shooters (Gears of War), are going to be naturally better at this game. Earth is split between two factions (Paladins and Variants) fighting over an energy resource known as ‘Dark Matter’. Really that’s all you need to know. Hybrid has no true campaign, focusing strictly around online play. Every game mode is 3v3, with 60 FPS action.  Some wont like the cover gameplay, but when you score kills in hybrid, its feels like you really had to grind and earn every one.

The graphics look amazing for a downloadable title. Everything is smooth and clean. Hybrid comes packed with ten stages, each are very detailed and some will rival a 60 dollar game. Graphics aside, the stages are well designed allowing for unique places to take cover. Because the characters travel strictly via jetpack, the places you hide behind are everywhere. A player could get a kill streak on a ceiling upside down popping shots on enemies. This game allows for a lot of tactical movements not featured anywhere else. Fly from point A to B, but watch your back. Hit the boost and get there as quick as you can. It’s incredibly fun to get the drop on someone by flying to their cover while shooting them in the dome. 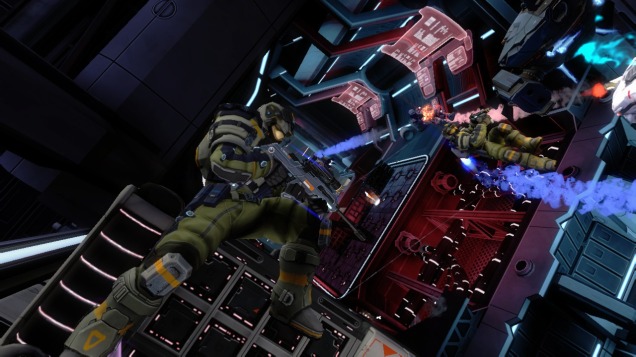 The arsenal is plenteous. Balanced weapons such as: assault rifles, pistols, shotguns, snipers, and even special energy guns. Every player has drones. Depending on your kill streak, there are drones you can earn. Each are very useful on the battlefield. The Stalker is a little bot that shoots exactly when you do, and takes cover the same way. The Warbringer is a hovering drone that searches for enemies to shoot. The last and most valuable is a female drone known as the Preyon. She sneaks up on players ninja style, stabbing them instantly earning you a kill.

Our concern was that a lot of the sci-fi weapons would get out of hand, breaking the balancing of the game. 5th Cell was good to have a beta for this months ago. As a whole package it feels balanced. When a user tries to exploit an ability in the game, there is always something to counteract the BS. Is the entire team of three camping with their drones behind cover together? That’s okay. I’ll just throw a hack bomb, which will turn their machines against them, allowing me to come in and do what I do. To sum it up, it’s a thinking man’s shooter. 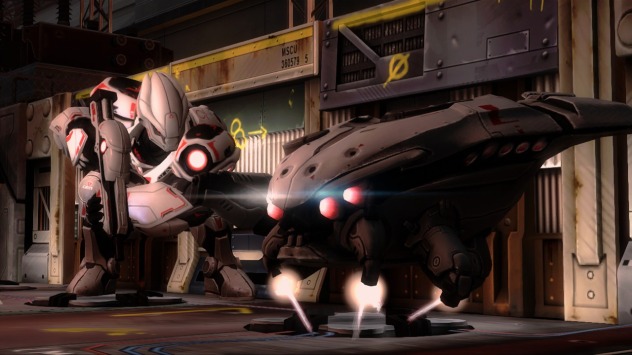 While hybrid is a nearly lag free experience, sometimes setting up a game can take a really long time. Hopefully it will be addressed in a patch. Also there are helmet variations and of course more abilities you can earn by working hard. If you want stuff earlier than everyone, pay the money. This kind of hurts the hard work and grinding aspect of the game when someone comes in with a loaded wallet and gets the goodies regardless of their skill level.

Hybrid includes variations of game modes found in other titles, but because this game plays so differently, it makes these modes feel fresh. They borrowed Call of Duty’s Search and Destroy mode, Halo’s King of the Hill, but it all works.

Because the game features only 3 on 3 battles, communication is key. Before a match starts all your teammates can see each other’s weapon loadouts, making sure everyone has abilities that can contribute to the cause. Hybrid is a shooter that’s not for everyone. Some wont like its movement restrictions, while others will appreciate the challenge 5th cell has designed. With 10 maps, smooth online, and several game modes, a lack of campaign isn’t such a big blow. This is a shooter that wont replace, but will sit at the table with the big dogs. At 15 bucks it’s light on the wallet, and worthy of being in the Summer of Arcade lineup.

-Some sort of campaign still would have been nice (A horde mode maybe?).

-Matchmaking could be faster 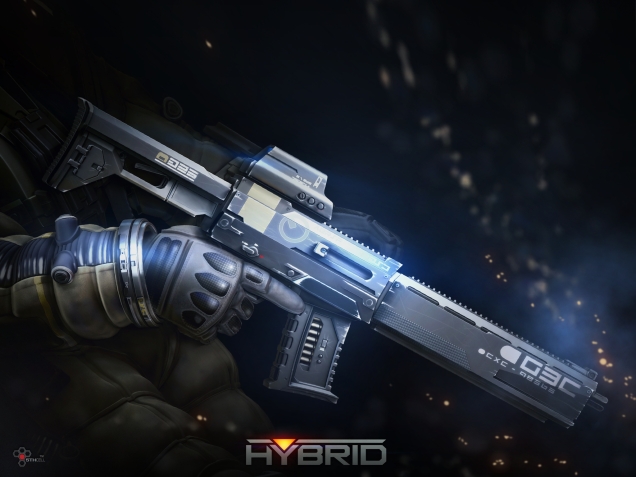