This game stays true to its name. It’s a dungeon crawler plain and simple. A four player adventure that can be played online or off. From the moment this trial game begins, it looks like DF is going to be an action filled experience that could fill the void Castle Crashers left. While it allows four people, there’s only three character class types in the game. One focuses on hand to hand combat, another has the firearms, and the main dude wields a sword. I’m not sure if DLC is in the pipeline, but this seems weird that your options are so limited.

Visuals are solid. There’s some cool artwork throughout. Anime fans will really dig the style, while others will appreciate the great detail taken in every single sprite. Every character looks great from heroes to bosses. Maybe that’s a good thing, because you’ll see the same enemies over and over. There’s several little last gen annoyances sprinkled throughout, that should have been left behind. Everybody sharing the screen, combos being interrupted because the attack button is the same as an item pickup, and other weird design choices.

Every Goon seems to have something on their person, so you can see how this could frustrate a player trying to rack their score up. It’s a shame because the commands you input can look flashy. Some attacks require quarter circle movements and such. While the characters are three, they are all really cool. You can really make your fighter legit with all the weapons and items, the problem is you’ll have to filter through a lot of stuff that’s unnecessary (due to the accidental item grabbing that will happen).

The game stops your advancement into rougher territory, by forcing you to level up. This means stages will be played several times over until you unlock the next difficulty level or area. A cheap way to extend the replay value, and id have to say its my biggest gripe of this game. The player might punch in 12 to 15 hours, but the pacing is so bad it hurts. Id would rather get owned in later missions, go back and train, then to be locked out of those levels completely. This ultimately makes the game fairly easy to get through because your always at a level where you can compete with the games easy A.I. Imagine these same issues, but with multiplayer. The game certainly heats up with other players, but again because of the games awkward pacing  the dungeon crawling is damaged. At least we experienced no lag.

If you want an affordable beat-em-up, this might work. The free to play version has several more characters and depth. This seems to be a trend that needs to stop now. First Minecraft, and now this. People forking out the cash, deserve the goodies, not a watered down experience. There’s a fixable game here, but the meat on the bones can be found on your PC.

+Multiplayer provides fun for a bit 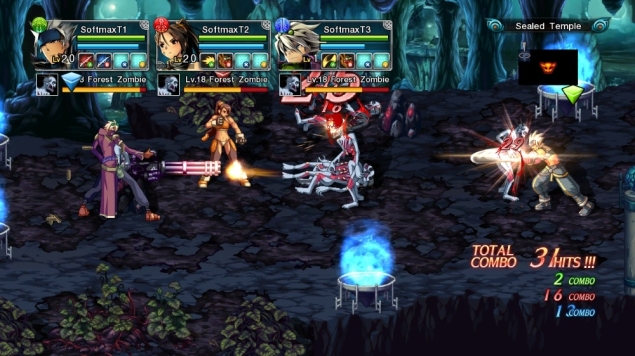