Virtua Fighter has been the arcade’s most no-frills fighting game since it’s debut back in 1993, with techniques and fighting styles that amongst all other fighting games probably most closely resemble the real thing, aside from any sport-fighting games out there such as Fight Night or the UFC series of games.

The Virtua Fighter series does in fact have a storyline, but it’s always been told through out-of-game materials such as companion books or the instruction manual, the focus of the games have always been advanced fighting mechanics, with no projectiles, powers, or gimmicks in sight.

The most recent entry into the series, Virtua Fighter 5: Final Showdown is the long awaited Western release of the Japanese version called Virtua Fighter 5R which was released in Japanese arcades in 2008. After years of watching online videos of the new and improved version of VF5 and awaiting it’s arrival, I can safely say that the update is one of the most solid fighting titles out there right now. In fact, the only flaws with it come with its presentation and how it’s given to us gamers, the fighting itself is untouchable.
Solid and Intense Fighting/New Animations: I said it already, but again, for serious fighting fans, VF is a must play, the fighting mechanics are so balanced, smooth, and offer so much that it has to be played to be understood. There are very few “cheap” tactics in Virtua Fighter, button-mashing a la MvC will not fly, you have to have some skill and knowledge of the game to succeed. That said, all of the animations and techniques of the existing characters have been balanced, streamlined, and tweaked, allowing for more fairness in the gameplay than ever as well as moves that look even more powerful and precise than before. If you play enough VF with two skilled players, the matches look like a martial arts movie fight scene.

Every Virtua Fighter Character Ever: The roster in this one is immense, and with the inclusion of an awesome new character who probably represents the Japanese art of Karate more faithfully than any other fighting game, this VF can boast that it features every character ever seen in the franchise.

Gets rid of floating jumps: For those of you who aren’t die-hard VF fans, if you go back and look at the old VF games and look at the jumping, you’d swear the theme of the games was a fighting tournament set on the moon. Every other VF game aside from this one features the same lighting fast jabs, kicks, and takedowns, but whenever the characters jumped, they would suddenly float forever in the air, making them vulnerable and goofy looking. For whatever reason, this mechanic was never fixed from ’93, but has now been adjusted and improved, with characters each having jumping moves in mid-air and when landing from a jump that are quick and powerful looking.

Deep and Varied Tutorial Mode: Virtua Fighter is NOT a game for beginners. Now sure there are characters who have less of a learning curve, but overall, the mechanics of the fighting are in my opinion more skill based than almost any other fighting game out there, and is one of the reasons VF has never been as popular as other series, because the clinical style and presentation that requires you to learn turns less serious fighting gamers off. Thankfully, in Final Showdown, we have a very deep and in-depth tutorial mode, that if you take the time to explore, can even give tips to experienced players. It really is a welcome addition.

Customization Options: The customization in Virtua Fighter has always been well done, with it being one of the first fighting games this reviewer can remember that offered multiple different options for how a character could look, with the original game-designed costumes being merely templates for unique touches. Tekken took this feature from VF after it debuted in VF4, and even though both have improved vastly, I would have to say that the customization in VF still tops what we see in Tekken 6 in terms of diversity and options. There’s so much you can do to make your character unique, which is important in online play.

Menu Presentation: This is a sort of minor thing, but as Final Showdown is a downloadble title with great graphics and gameplay, one would expect that same effort to extend to it’s whole package, but the menu screens and navigation were clearly a last minute touch added in for it’s Western release, and not a part of a thought-out effort. If you want to see what I mean, go back and look just one entry earlier in the series for Virtua Fighter 5 Online and you’ll see a very slick, cool menu screen that constantly changes and makes you feel like you’re playing something major.

Cutting Quest Mode: Virtua Fighter 5 Online featured what was called “Quest Mode”, where you could play against various skilled “ghost” players (i.e. the data of actual VF players uploaded into the game) and earn in game-money, rewards, and a rank that would follow you to online play. Final Showdown, probably needing to streamline because it’s not on a disc, cuts the feature, eliminating the possibility of earning your customization and hurting replay value. I understand that online is a major feature in fighting games now, but both Tekken 6 and MK9 offer tons of single player gameplay as well as the ability to earn new stuff in the game, as well as online play. Final Showdown hurts for not following suite.

Customization Download is Time Consuming and Expensive: Final Showdown has the odd method of forcing you, in one download pack or a single character, to receive a file that contains all of the customization material for all of the characters, but only allows you to access the data for one or the characters in the pack. For myself, this meant that just for customizing my favorite character, Jacky Bryant, I had to clear out space on my XBOX’s hard-drive, on top of paying the price for the material. Since I have the other locked files on my drive but don’t have the funds to unlock them now, I now have a ton of space taken up on my system because I wanted the material for one character. All in all, if you buy the customization material for all of the characters, this fairly cheap download title jumps to being almost the price of a disc game! Also, the fact that you receive all of the characters costume data in one download means that it takes forever to download the first time, a minor inconvenience, but not welcome considering the price-tactics and lack of earning what shouldn’t paid for is already annoying enough.

Tutorial Mode Issues: Although the new tutorial mode is for the most part a welcome and awesome addition, it has the issue of not displaying through demonstration what you’re supposed to do and what the technique you’re practicing should look like. This means that if you’re stuck on a move, it doesn’t display what the proper result is, which can be frustrating at times. A minor tweak could fix this.

Virtua Fighter Final Showdown has solid and skillful fighting, everything about the gameplay is excellent and top-notch, and fans of the series as well as anyone who wants a serious fighting game will be pleased, however, it is very hurt by it’s downloadable status, rushed presentation, and poorly thought out costume payment methods.
The original version of Virtua Fighter 5 came out in Japan in 2006, at the time of writing this 6 years ago, so to me it seems that Sega simply should’ve released Virtua Fighter 6 on disc. They could’ve included the same characters, new backgrounds, and cleaned-up animations, and had the status of a full game behind it also. If it was a completely new entry in the series, they also could’ve included 2 new characters, as has been the Virtua Fighter tradition, as opposed to one. I hope that Virtua Figher 6 comes out on this generation of consoles, but until, CmackDaDon throws 3 and ½ Mfs out of 5 at this one. 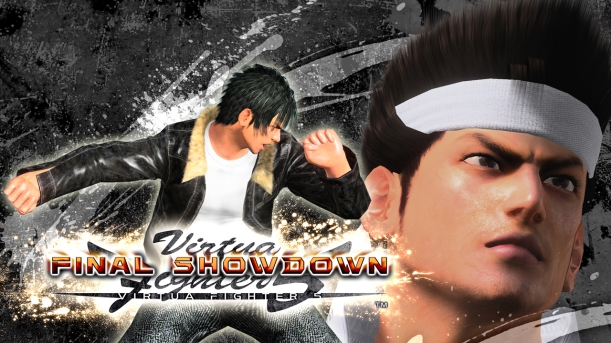