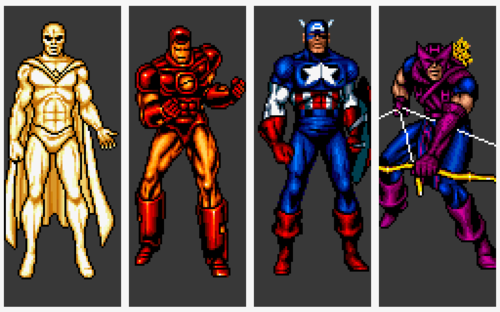 Captain America & The Avengers is a multi-platform game that was available in two different arcade versions, along with SNES, Sega Genesis, Game Gear, and Game Boy. All of the versions differ slightly.  Most notably the arcade rendition of the game was created as two completely different consoles, one of which four separate players could fight at the same time using one of the four playable characters, and another arcade console that was a two player version with each player being able to select from the four. Also it should be noted that there is an NES game with the same name that is essentially a completely different game. I played the Sega Genesis version for the sake of this review.

At the start of the game the player can choose from one of four characters, Captain America, Iron Man, Hawk Eye, and Vision. Once you’ve choose your character you get a completely lame series of text screens telling the story of how red skull has assembled a mind controlled take over team and it’s up to the avengers to stop them. I was highly disappointed in the presentation of the story line, especially after having reviewed several other comic book themed games where the story line is followed along by beautiful comic book style story art. On a good note however this same text is used within the game during the beginning of certain areas as conversations between your main character and the enemies. I like the text being used in this way more as it carries the storyline throughout the game instead of letting it drop off. 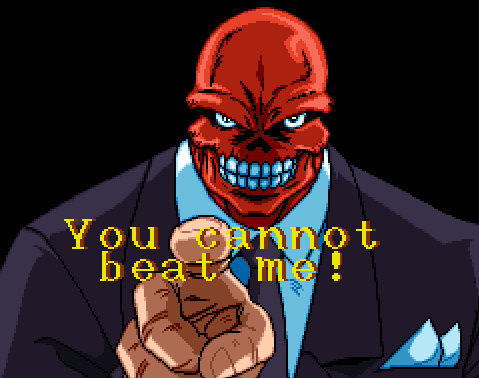 moving into actual gameplay the art becomes more noticeable, although not as impressive as it could be in the background, on-screen characters and enemies look very good.  The Sega version has the possibility of two players. I can imagine the arcade version with four players would’ve been a ton of fun as the beat-em-up chaos would’ve erupted even more with more players included. Even the one player version of the game is fun however and the feel is very fast paced on the Sega Genesis console.

In the game your character has two attack moves and one jump move, along with a special move. Depending on your character the special move changes, Captain America throws his shield at enemies, Iron Man throws a laser cannon from his arm, Hawk Eye shoots arrows across the screen, and Vision shoot lasers from his eyes. These characters can not only be chosen from at the beginning of the game, but also whenever a continue is used by the player, they can opt to choose a different character. Along with the regular moves, objects on the screen can also be utilized.

Part way through the game a surprising turn in gameplay happens when the game turns from a beat-em-up to a side scrolling shooter. Depending on the player’s character you will be shooting different objects but this is a really fun part of the game and one I appreciated to the fullest. The side-scrolling shooter portion isn’t by any means ultra challenging but it does break it up and helps keep the game from becoming too repetitive.

Overall I really enjoyed this game. While it didn’t win over my heart it was a pretty solid title and really a fun game to play. It didn’t bring anything to innovative to the table for its day, as far as classic beat-em-ups go, but it is fun to be able to play as your favorite avengers. On top of it all this is a great multiplayer game. The more people the better.

Captain America and The Avengers Gets

-Could have had a prettier beginning story

-Brings nothing new to the table for its time 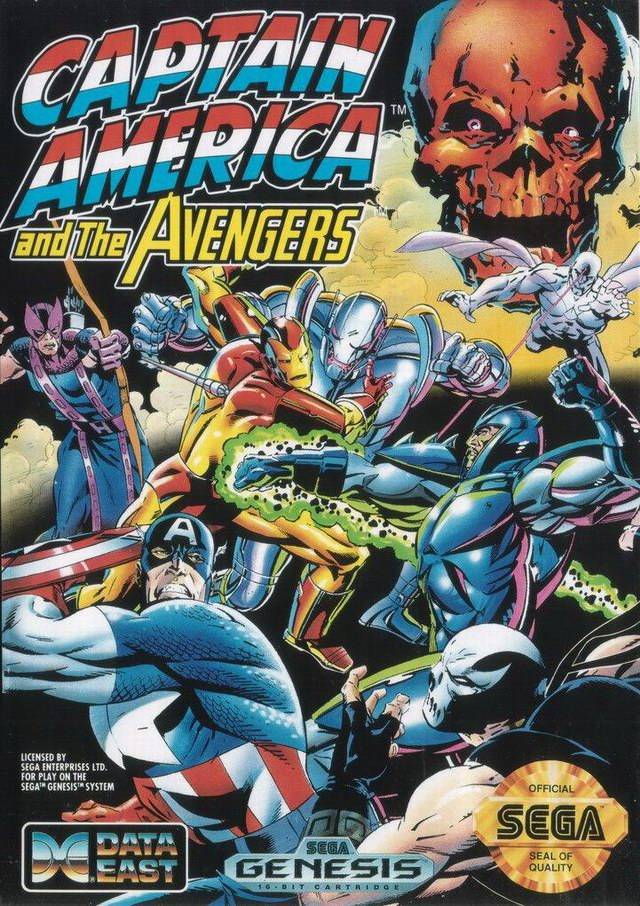 8 thoughts on “Captain America and The Avengers Retro Review”