As we all know video games, especially violent ones, have been the center of attention for years for all the wrong reasons. They have been to blame for some of the most vial acts that humanity has to offer. Games like Doom, Counter Strike, and Everquest have been the center of homicides and suicides in and around hundreds of communities in the nation. It’s easy to blame something that can’t defend itself, but many of us, millions in fact, have played these same games all around the world. I myself at the tender age of 12 shot the heads off of unworldly aliens throughout the Doom 64 universe. In fact, I didn’t just shoot them, I sawed their bloody screaming bodies in half with a double ended chainsaw. I also happen to have never shot anyone in real life. I own a conceal carry gun permit, still I have never shot another human being. What makes me so different? The simple answer is, I’m not, players just like me have experienced video games and never reenacted them in their regular lifes. Studies show that there are many more positive side-effects of playing video games than there are these few negative scenarios that the world is focusing on, and this article is here to commend the hard work of the video game world as we know it.

The very beginning of what people are able to learn from video games is eye-hand coordination. It’s a basic skill that many people lack. eye-hand coordination isn’t just looking at something and reacting with your hands, it’s also visually seeing something and determining what might happen to that object in the future and reacting on that future movement. for instance, when a ball is thrown you don’t catch the ball by watching it go from one persons hand to your hand, you catch it by mentally estimating where it will land in relation to your hand. In fact video games improve your eye-hand coordination even better than sports, especially the fine motor skills portions. in one study it “found that surgeons who played video games for at least three hours a week made 37 percent fewer mistakes and performed the procedure 27 percent faster than those who did not play video games at all.” (reference #1) These studies aren’t just for a certain type of skill either. besides the fact that video games make surgeons better at their job, making us realize how important the game Trauma Center really is, they also improve people’s driving skills. While branches of the military have made their own video games simulations to help improve military personnel in combat situations, it has been shown that different genres of video games make eye-hand coordination better over all. For instance in one study, “the action gamers were able to evaluate the information presented and make the right choice more quickly–skills essential for good defensive driving on the open road.” (reference #2) which means you don’t have to play a driving game to be better at driving, or a golf game to be better at golf, you just need to play games to be better at reacting to pretty much anything, which is good news for those of us that like to run people off the road in Crazy Taxi.

So video games can help us react more quickly in certain situations but are they good for us? Are our brains gaining skill by playing video games? More recently video games have been more than just reacting to whats on the screen at any given moment. Especially with the birth of Nintendo’s DS we saw a shift to what they termed the casual gamer, this was a gamer that wasn’t necessarily into playing a game that required great skill in reaction but did require great skill in manipulation and problem solving. One of the best-selling games of all time, The Sims was an example of this although at the time the term casual gamer had not been coined as games like this had not been the norm. Now there are tons of games that fit into the casual gamer category. Games that claim to train you brain like Brain Games for DS, puzzle games that require increasing skill like Tetris, and games that require that the player continue to play small amounts everyday like Animal Crossing. Believe it or not even these simple games help our minds with problem solving skills of everyday life. They also challenge us to set aside our limits of what we are willing to give up on and how long we are willing to work at our best. “the way gamers explore virtual worlds mirrors the way the brain processes multiple, but interconnected, streams of information in the real world. “Basically, how we think is through running perceptual simulations in our heads that prepare us for the actions we’re going to take,” he says. “By modeling those simulations, video games externalize how the mind works.” (reference #3) no other platform is this natural when it comes to teaching our minds new things. Movies begin and end with the same complexities, video games build their complex nature as the player gains a higher skill level. What all this breaks down to is that people who play games find it easier to complete tasks that are increasingly more difficult, their brains have less work to do. “The non-gamers had to think a lot more and use a lot more of the workhorse parts of their brains for eye-hand coordination,” Sergio says. “Whereas the gamers really didn’t have to use that much brain at all, and they just used these higher cognitive centers to do it.” (reference 4)

All of this can also mean keeping an elderly persons brain in shape. recently in fact many nursing homes have installed gaming systems in their facilities to not only get the brains of their patients working but to physically stimulate them too. personally I’m glad they started doing this now, not only because it stimulates the minds of our elderly population, but because when I’m part of that population my gamer brain is gonna need all the stimulation it can get. 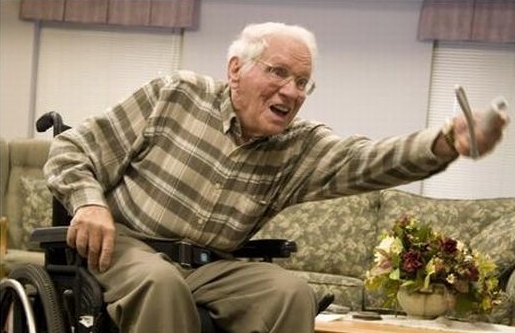 Let’s talk about violent video games. Most studies conclude that violence in video games is only acted upon when the person playing has a pre-existing behavioral problem. Under normal circumstances there can be some advantages to playing violent video games. In general people who are exposed to violence and gore even in a movie or in a real life situation become more and more desensitized to it. watching someone die in a movie may shock us the first time but by the fourth or fifth time it’s just something that happens, we begin to recognize this as a regular event and so our minds pay no attention to it. The same thing happens in gaming except the player becomes more involved in some cases killing another character in the game. The player must push a button or series of buttons to inflict injury or death upon another player. You may be asking how this is a good thing and while it seems like this is the very thing that brings people to go on shooting sprees in the first place it isn’t. playing a violent video game can actually reduce the chances of a soldier coming back from war with post traumatic stress disorder. (reference #5) PTSD affects many veterans of our military everyday and the sole answer may lie in exposing those soldiers to horrific events slowly through a video game over time. once the brain has come to terms with the shock of a temporary event on-screen that same person may have an easier time coping with such a permanent event in real life. while this is a touchy subject and research is still being done, it seems that video games could not only help people have a healthier brain, but also let them live a healthier life.

while too much of anything is always bad and gaming seems to be the easy thing to point the finger at we must remember that every time we play a game we are literally training our brains to think better, faster, and more efficiently than ever before. the gaming platform brings something to the table that no other media can and that’s a physical and mental ability to manipulate what is onscreen. gamers problem solve better, coordinate better, and gain mental health all by involving themselves in the world of their choosing. From young to old and one side of the planet to the other we have seen video games go from something for the lazy and unintelligent to a huge overwhelming industry fully involved in the immersion of its players. Gaming is something we can all benefit from and it’s something that should be talked about in a more positive light. Maybe the next time you accomplish something at work, or make a better grade in that awful class you hate, you can thank your video game system and know that you’re a better person because of it. 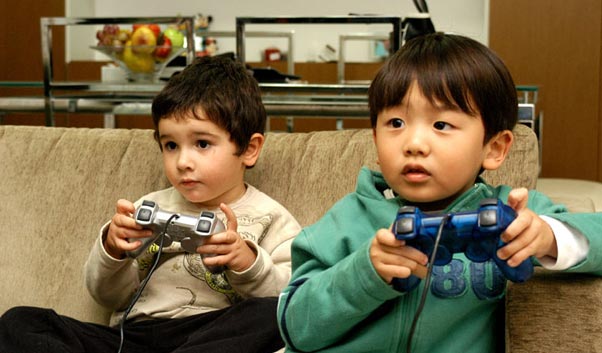 3 thoughts on “Why We Should Play More Video Games, An Article About Health”