These vintage pre-NeoGeo era arcade classics, are now PlayStation mini titles for the PSP or PS3. They are available on the PlayStation Store for $2.99. The titles were originally released in 1988 and 1989 respectively, and they play almost exactly like they would have originally in an arcade! You have to ‘insert coins’ to play (up to 99, at any time, even during game-play) and the play area is boxed in its own smaller ‘screen’ area. These are both rather short games but extremely difficult, providing a true retro-arcade emulation experience. 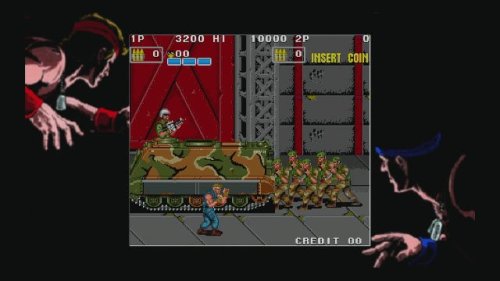 Game-play here is very basic. You can punch, kick, jump or jump-kick. Your objective is pretty much just to kill everything on the screen before you can move on to the next area, where you will have to kill everything on the screen again. You have a variety of enemies, but since they pretty much all die from the same few moves, game-play quickly feels monotonous. There are some explosions, boss fights, and enemies that take longer to die than others, but none of the battles are ever all that creative. To be fair, this game was probably not developed for its charming, creative characters but for the main macho-guy (and the chance to feel like you were as awesome and macho as him). The game is the most exciting when you pick up an enemies’ dropped knife or gun and your punch and kick moves turn into stab or shoot (or shoot faster), allowing you to go on a killing spree and sprint through part of the level!

P.O.W. Prisoners Of War gets

This is a continuous shooting game that contains a lot of explosions, dinosaurs, and exploding dinosaurs (because, you know, they do that). Although this game usually suffers from too-much-stuff-on-the-screen-syndrome, the fact that most of that stuff is dinosaurs makes it okay in my book. I am not sure how one would have beaten this game back in the day without spending at least $50.00 in quarters, since by the end the bosses seem virtually impossible to defeat without having to re-spawn every five seconds. On the up side, each boss has a very different fighting style and they are each their own distinct dinosaur (or giant, mutant insect thing…). You can get a variety of power-ups from the start, and these can be used in a few different ways depending on where you choose to have your gun mounted. This is where you can really get strategic, since you have no control over continuously moving forward. 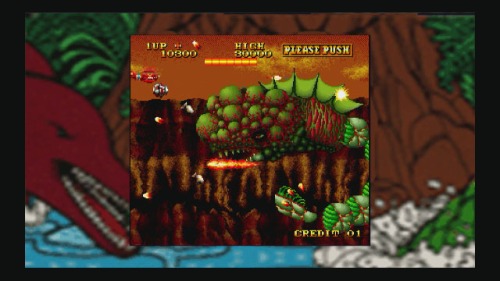 Both games can be played on different difficulty settings, and you can have a limited number of continues if you so choose. This method will quickly show you just how many continues (or ‘coins’) you were using up in unlimited continue mode, and it will make you want to keep playing much more! It drives you to be much more strategic with your number of hits and, since you will most likely not be completing the game the first time you play this way, you will be playing the same stages over and over. I do wish that you could choose to have more than five continues though, as I was not able to beat the game for a while with only five. I did not necessarily need an infinite amount though. Overall, these retro-arcade games are good for when you want to relax and play some video games, but don’t want to get sucked into Skyrim for the next five hours.