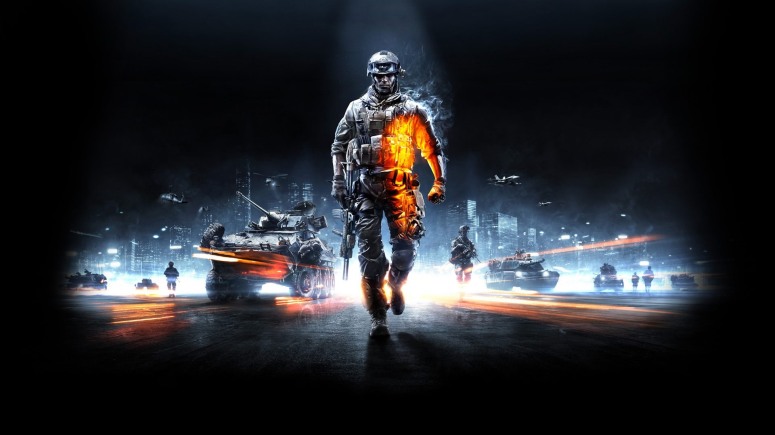 The moment we all have been waiting for: Battlefield 3. (pause for clapping ) Has BF3 dethroned Call of Duty as the official military shooter for mature audiences? I was really excited about this game. I was like, finally a game to take over and shed some new light into the military FPS world. Something that had serious media attention. Something that claimed to be more real than strapping on a set of boots, a mediocre health package and getting addicted to cigarettes. I journeyed home, and with swift haste opened it up to see something that is rare these days. 2 disks. I imagined the trailers and the realism and then put it in my xbox (one disk for PS3) loaded the codes started to play.

First of all its harder than hell on the xbox to get friends in the same room as it took me at least 20 mins with the assistance of KJ to get in the same room. Also the graphics were not what you would expect from the people claiming to be the dethroners of the call of duty franchise. In multiplayer i had slight visions from the early turn of the century playing CounterStrike. Totally unacceptable in this day and age but i kept playing and found more things wrong. You can’t create your own room. Ok, honestly you have to be kidding me. There are way too many failures that I can barely accept so I switched to campaign mode. 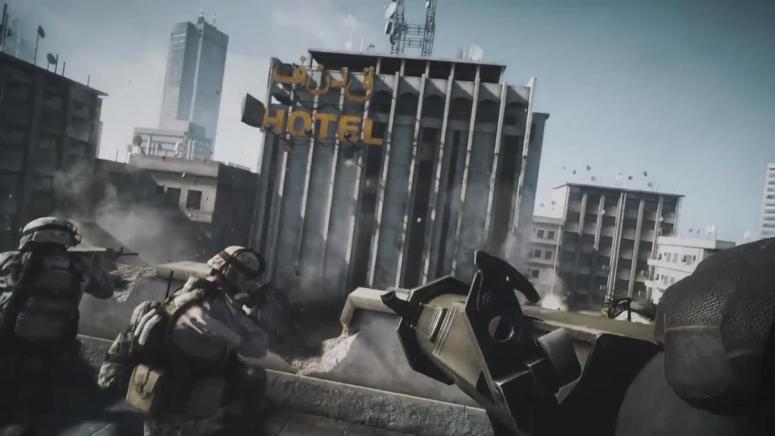 When switching disks, its as if  it was an entirely new game. The shadows are rendered with sharp precision. Every shadow looked great you could see every blade of grass move, it was like you stepped into the holideck in Star Trek. The story was deep you felt bad for the guy getting sucked into this world of chaos. Oh wait it gets better you get to do missions as other people too. This campaign mode was amazing all the hype was here so i looked into it and discovered that EA dropped the ball. DICE created a great game with the Frostbite 2 engine and EA was not giving it the server space it deserved. Total BS in my opinion if FIFA 12 can run pretty much without a single piece of lag you could give a game that sold million copies more than two used up iMacs worth of server space (sarcasm).

The little things are what count in a game but currently it’s not up to my legit standard in spending 60 bucks. Needs more maps and for the love of God, better servers. Im aware that this is a military themed game and its tough to slap a new coat of paint and box it, and sell it to the masses as new is hard but damn. When i go into a Gamestop and see Arkham City and wait in line in the moderate cold, dealing with the drab of life, waiting for a title to come out spending our hard earned dollars and get this fail of a glitchy multiplayer? Makes me want to give 1 MF and sue the company for infringing on my time and wasting gas. But i step down from the hate and look at this atrocity objectively.
You should get this game if you’re looking for a multidimensional singleplayer campaign that “Answers the call” but, wait till it becomes a pre-owned title or buy my copy. Don’t give EA the time of day and 10 bucks to support lame servers. In this day and age with the new COD coming out and Gow3 setting a standard for shooting games online, EA needs to get out the book and start at page one.

BattleField 3 gets MF MF MF M out of five

+Solid campaign mode great vehicles great story.
+Solid campaign graphics that honestly remind you of rage but with a lot more camo and reality involved.
+Two disks give me the option of using the multiplayer co-op disk as a coaster

-Multiplayer is below sub-par and should not even be an issue in this day and age, especially when i am pretty sure my phone could offer more ram space than EA is offering at the moment (could change crosses fingers )
-Being a co pilot sucks sometimes realism is a “B” but guess they have to prove a point
-Unless new, paying 10 bucks to play online especially when you’ve already payed money to be a part of Xbox live= BS EA.
Times are tough, but don’t try to dethrone the military king and take all my money son 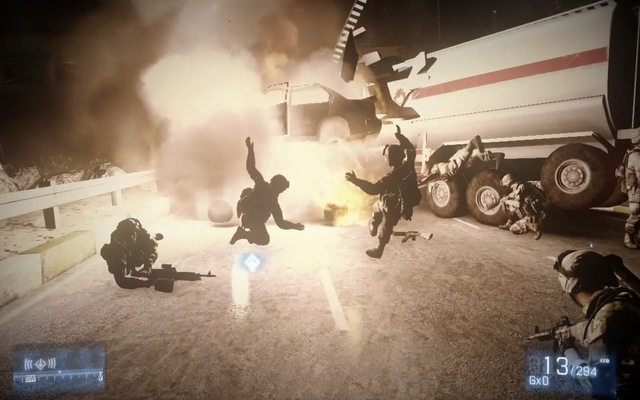 4 thoughts on “Battlefield 3 (Pissed off) Review”