Pretty much when you ask someone about an arcade game, they think a little simple game that has no depth and a few minor tricks. While some are far from that, this game stays true to that mold. For better or worse. Fear not though, because Sideways New York was great it has hours and hours of insane wall bouncing plane shifting fun. Your Nox. You get sucked into a world were you’re the painting on the wall and all the graffiti comes alive, and you’re battling to get out of this place. Honestly I enjoyed playing this game, and the main part is what got me hooked on it.

The cartoony graphics and the challenges can be a real good distraction. This games visuals are what you would expect from a cartoon environment based on graffiti. Other than that, a solid game easy to get into to take a break from a 60 dollar title. I would recommend this game to anyone who wants to spend a few bucks. Its Mario meets the hood mixed with new york style sketch art. 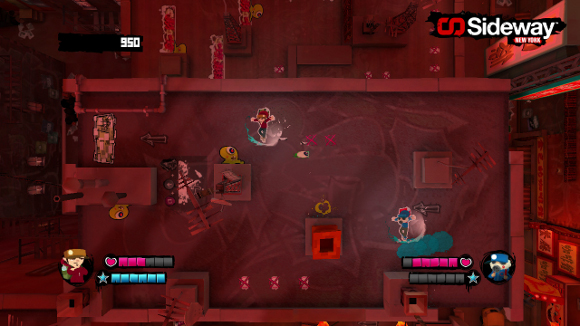 Few things that were perpetrating is the co-op does not go online. Yep, you can’t play with random people. Honestly in this day and age developers could use the minor amount of effort to integrate online or a create your own map or something. Just adds to PlayStation’s lack of social games building a case of infinite room for improvement. Another argument for another day, but for 10 bucks you can’t beat the cartoon visuals and the jaw dropping twists and turns. Honestly great solo game, but not the best to break out for a party.