Both games Are available now in the Playstation Store. Both are somewhat connected. If you have a particular screen preference, the game will save it, and carry it to either title. The music player in each title can play each others soundtrack. Meaning, if you’re playing Metal Slug 2, and you’re listening to the soundtrack player, while still in MS2 you can listen to Kof’s tunes. It’s a smart move by SNK to keep all of their games streamlined. Unlike most of the downloadable NEO GEO games, the menu screens are actually clean and simple, yet professional looking. Both titles provide network play as well. They run for $8.99 a pop ($6.99 for PSP versions). 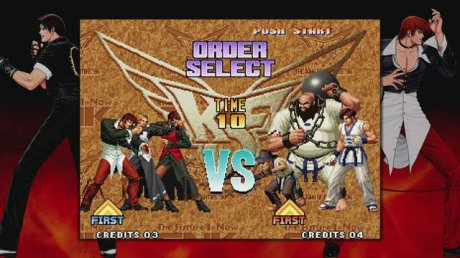 The game actually fares pretty well on HD displays due to the smoothing feature, and the scan-line option (previously used in the Final Fight and SF3 re-releases). The game, is as it was all those years ago. Arcade 1v1, Team Arcade, survival and local versus. So if you’re looking for a different experience, this isn’t it. Those that are diehards will not be disappointed. Network play, runs solid, but there’s no 8 man lobbies. Only 2 people in a room sadly, but at least the option is available to folks to play online. Playing this helped wipe the nightmares I still receive from the Live action movie. With its unique cast of characters and complex game-play, KOF 96′ can still be recommended in 2011. 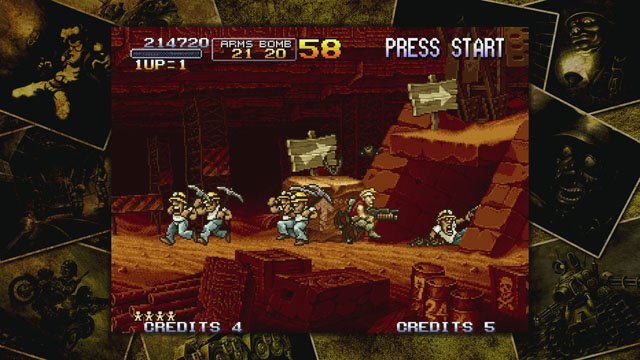 Metal slug is one of my all time favorite franchises, because of its variety of weapons, levels, vehicles, and sense of humor. One of the strongest in the series is here to download. Metal Slug 2 is a pure emulation feature wise. Meaning you cannot make any modifications to the lives outside of what the original game provided. Though i love metal slug, it will demolish the player regardless of their skill level. Previous port’s seen elsewhere gave the player the option to play with unlimited lives. Sorry if that sounds noobish, but this game is difficult. Also there’s several times the game will take a frame rate hit. With the technology we have now, it makes this problem more noticeable. Network play is here too and its straightforward like KOF, but it works. Overall, Metal Slug 2 remains foolishly fun at its core, Just the some of the modern stuff we expect from a port isn’t present. 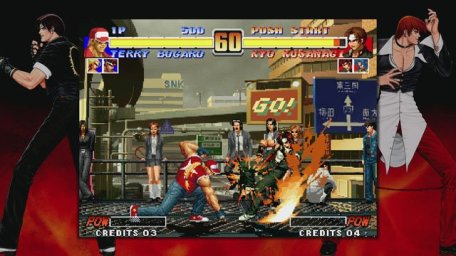