One of the most unique games Ive played all year. Is that a good thing? You bet it is. Rotastic sees your person spinning around in a circle building speed. Once you’ve gained enough, you’ll launch the character at everything. On the surface this game seems as if its simplistic, but there’s actually a great amount of depth to the title.

Rotastic’s spinning physics allow for crazy moments. It’s completely in the players hands. Judge your swing to collect the gems, Misjudge it and die. Quite simple. There’s boss battles that will demand you launch your character all over the screen, in an attempt to get out of the enemies reach. Other challenges will have you smashing into structures to produce more gems. Though your simply swinging all the time, they really did a good job of keeping the gameplay fresh. You can thank the fantastic level design for that. 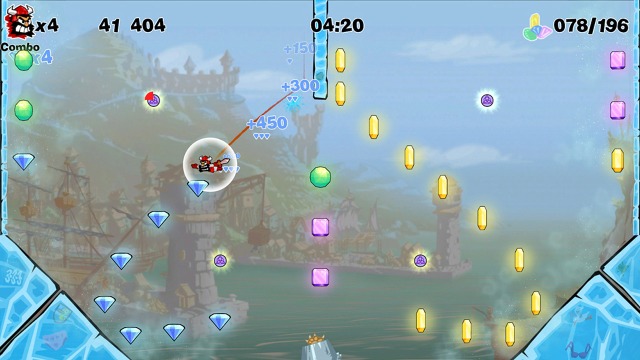 The music is limited in the title and very generic. With a game that has such a unique style, figured the soundtrack would mirror that fact. I did like some of the other touches though. When you die there’s blood and bones that go flying. It looks funny because of the games cartoony art style. As you progress through the worlds, you’ll unlock more characters. Characters which in return, can be used in multiplayer.

Multiplayer doesn’t go online, but its pretty solid for a moment. It allows up to four players. Everyone’s swinging around, while trying to cut loose the other players rope. of course once the rope is cut, the person will fall to their death. Rotastic is such a zany and different game, it actually makes it hard to recommend to everyone. Those that give it a chance, will find a unique charm and depth for a ten-dollar title. 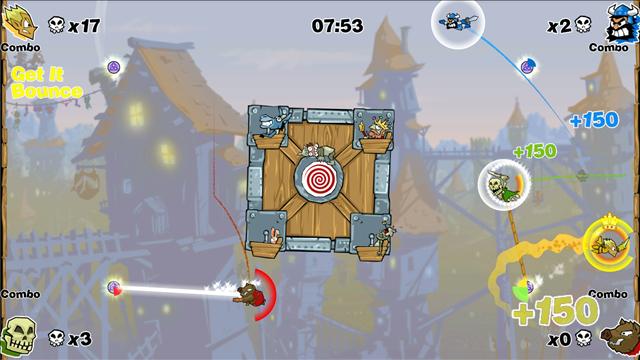 +This truly feels like its own game. Very original.