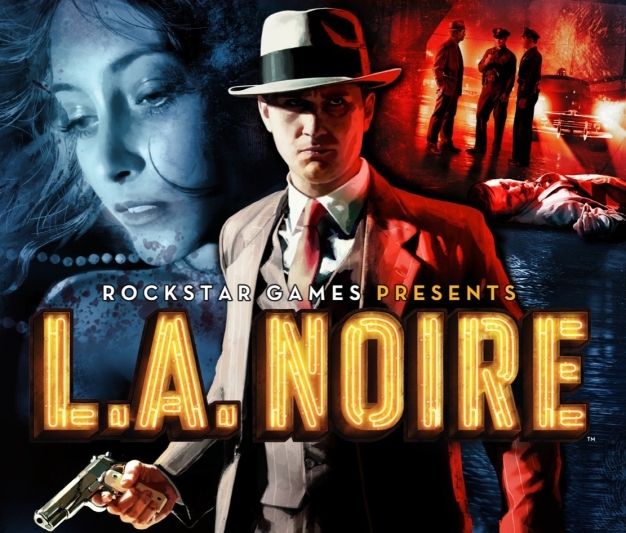 Games usually start out with visions that usually aren’t well executed and end up just being a bunch of poorly designed ideas. So does Team Bondi’s L.A. Noire fit the earlier description or is it what the teams imagination had in mind? L.A. Noire is a video game for Microsoft Windows, Xbox 360 and Ps3 developed by Team Bondi with Rockstar Games and published by Rockstar Games. L.A. Noire is set in Los Angeles in 1947, with players being challenged to solve different crimes. L.A. noire is an open world, third-person shooter, action-adventure with a cinematic noire feel like no other game. Players assume the role of LAPD police officer Cole Phelps. The game starts with Phelps as an uniformed patrolman, and follows his career as he advances through the police departments bureaus. Players who have played Rockstar’s GTA series will feel familiar with the game. But unlike GTA the player cannot kill civilians with guns and cars, as the character is a police detective. Guns are only allowed in circumstances where a weapon is warranted. Now does this mean the game is a wanna-be movie bore à la Heavy Rain?

No, you actually get to control the character and get into a bunch of shoot outs and car chases, all while maintaining the cinematic feel of the cut-scenes. What some people might dislike is the nature of being a detective which involves rounding up evidence and questioning suspects.
But to me this is where the game shines, L.A. Noire is using Lightsprint’s real-time global illumination technology, as well as Depth Analysis’s newly developed technology for the film and video game industries called MotionScan, where actors are recorded by 32 surrounding cameras to capture facial expressions from every angle. So the results you get are the most realistic facial expressions in gaming ever. It doesn’t hurt that they went out and hired top-notch actors whose performances really shine thru thanks to the tech. The level of quality from the acting helps to immerse players into this amazingly scripted detective drama that is worthy of the Tribeca Film Festival.

All facial tech aside the gameplay or should I say gunplay is simplified when compared to GTA or Red Dead Redemption, which might dis-please some hardcore gamers but I’ve only heard that from the real picky ones. I for one found that given the other elements in the game that wasn’t really a big deal. The most important aspect of the game revolves around building your case by either looking for clues at the crimes scenes or speaking to witnesses. The more you investigate a scene the more ammo you will have when questioning the perp and believe me you will need it. Clues and evidence are found by walking thru scenes and looking or waiting till your controller shakes and you hear a small bell-like sound when you approach them. This is the part of the game I mentioned before that might dis-please certain people because of the slight repetition involved, but seriously come on your playing the part of a detective, this is what he does for a living. It’s like buying a first person shooter about a marine and then complaining that all you’re doing is shooting enemies.

The game’s pacing is one to be praised, between cases, you either get a flashback to Phelp’s war experiences or a small glance into his off-duty life, both of which tie into the storyline nicely. That along with other small cinematics via newspapers you collect help fill in parts of the game that round out what is an amazing story. One would think that given recent gaming history a game this good would be short, not at all. Not including the DLC that it came with and the plethora that followed, I clocked in over twenty hours and didn’t even get past 80% game completion. Now that is sixty hard-earned dollars worth of gaming, and to think this doesn’t even have multi-player. Some kind of co-op would have been nice. Hopefully if they make a sequel they will add some form of it, if not I wouldn’t be mad. What they did do is add is Social Club, it allows you to compare stats and progress with friends who are also playing the game.You can view just how well your boy did on his last game, then talk s%$ to him if he didn’t do so hot. But you won’t find yourself doing that often so I deemed it useless.
Overall L.A. Noire is really impressive and a top contender for game of the year. It has some small flaws, but really what in this world is perfect? Unless you’re talking about the sound in the game. This game has one of the ill-est (which means awesome where I’m from) scores, I’ve ever heard in a game. The main menu music alone was enough to let me know this game is on another level.

The developers over at Team Bondi and Rockstar have crafted a risk taking and much welcomed approach to immersion in gaming. The level of quality and detail stand out in more ways that can be expressed in this article. I wouldn’t suggest this game to someone with the attention span of a 5-year-old after a 20oz of coca cola. But if you enjoy a great story and actors to match plus GTA like gameplay, then this will be the best sixty bucks you’ve spent on a game in a while.

The fact that this games isn’t getting more recognition. This game differs so much from the crap I’ve been playing lately that it’s refreshing to know that developers are still willing to take risks and be original. There is so much to be said about what this game has done so far as acting in a game, that I can hardly wait to see how the tech is used in future titles. Yes this game has minor flaws but not enough for me to drive the score down, because when I recognize quality, I show appreciation.

+The length is justified

-People who complain about this game.

-Coop would have been amazing for this game 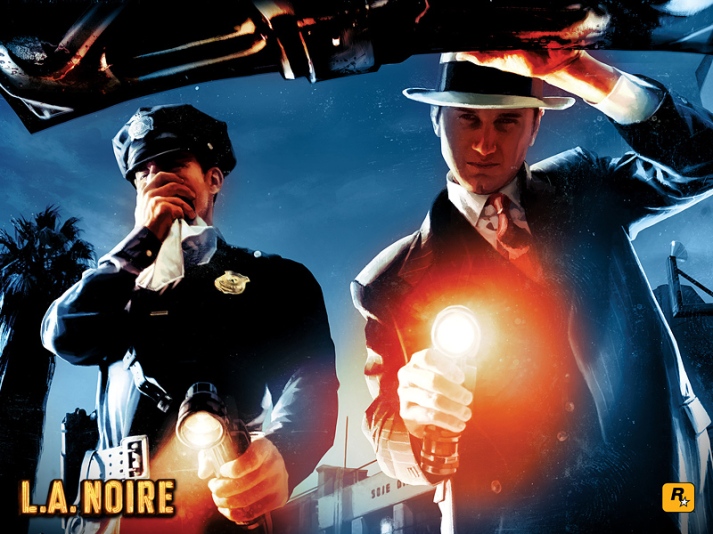