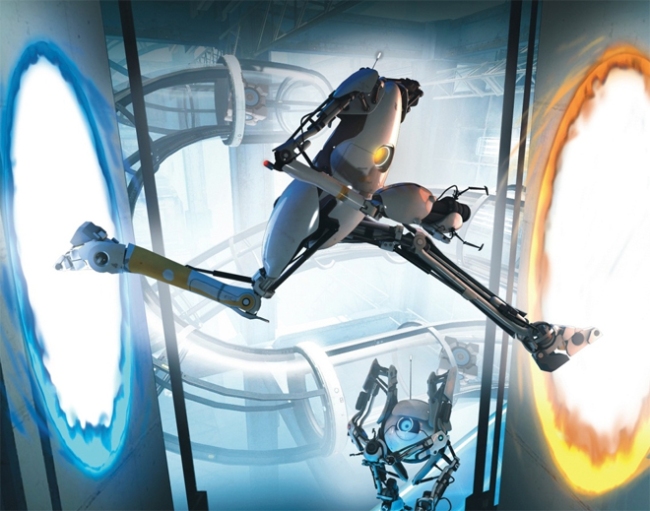 Portal was a venture out of the ordinary for most first person games this generation. No shooting, no killing, major puzzle solving, no multiplayer. This could be one of many possible reasons it was bundled with The Orange Box. But after everyone went through all the puzzles and advance challenges, everyone wanted more. With Portal 2, we got more than we expected.

You return to the scientific labs of Apeture to only begin testing again. Testing begins simple as usual than ramps up the difficulty. These puzzles are a lot harder compared to the original, adding in new tools with the different liquids that make you run fast, jump higher, or allow you to create portals on any surface that it hits. 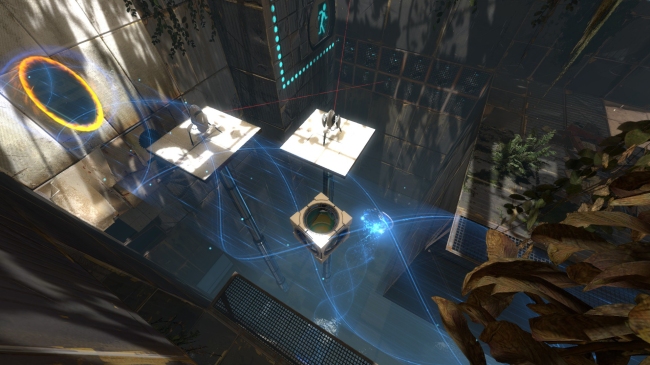 Glados returns with her one-liners as you run through each of your testing. We see new comers Wheatley, who you meet in the very beginning, and Cave Johnson voiced by J.K. Simmons. They help push through each of the puzzles giving you insights to what is going on in the lab as you progress through.

A big thing for PS3 users is a digital copy for PC/Mac and Steam Cloud. What Steam Cloud allows you to do is it allows you to play on your PS3, and you can continue where you left off on your PC/Mac. It’s a really smart feature for those people who have laptops and can’t always play where that HD TV is set up. Another key feature is cross-platform for Portal 2 coop. Steam Cloud also saves your coop save file and even if you started on PS3, you can continue working together on your PC/Mac. Yes this has been done before on XBOX 360’s Shadowrun, but I don’t believe they gave you a free copy when you bought it. Either way this could grow with giving digital copies on games, the same way you get copies on movies you buy. But due to the PS3 network being down, not many users have been able to use this feature which is a real downfall for users wanting the whole package.

The only minor bad side to the game is all the loading screens you go through, and on the PS3, the loading is a bit longer compared on PC/Mac, but that is my only problem with the game(besides always wanting more puzzles to complete)

The multiplayer coop is one that is very challenging (even harder if your with an idiot). These puzzles require you to work as a near perfect team. Without good communication with each player, you will not be able to pass through each puzzle. Voice communication is key to victory, but if you don’t have a mic, Valve has added in the ability to send markers and timed markers. With these, you and your partner can get to the end.

With DLC coming out this summer (and for free), Portal 2 can have a long-lasting replay value as long as they continue the story and add-on to the coop.

+This game keeps you on your toes with the crazy platform puzzles and makes you want to come back for more.